(ORDO NEWS) — This weekend, some of the residents of Russia, and the Stavropol Territory in particular, celebrate Halloween. As in many other cities, Stavropol has urban legends about various mysterious objects.

Here is a description of the five most mysterious places of the regional capital, where, according to eyewitnesses, one can come in contact with inexplicable and mysterious phenomena.

Shadows of the Old Gods

About the 8th century BC, people settled not far from the place where Stavropol is now located. It was a convenient location, almost equidistant between the Black and Caspian Seas. Cobanians, Scythians, Sarmatians, Alans, Khazars lived here alternately. A lot of evidence of those distant times has survived to this day. One of the most interesting monuments of the Tatar settlement is the so-called “Second crypt burial ground”, dating back to the 5th – 3rd centuries BC. Its walls were made of shell rock, and the top was covered with logs. The underground shelter and the long narrow low corridor from it, “dromos”, represent an imitation of the mother’s womb: all the children were returned to Mother Earth. There are legends about dungeons, which since ancient times stretch from Stavropol to secret exits on the territory of the Tatar settlement. 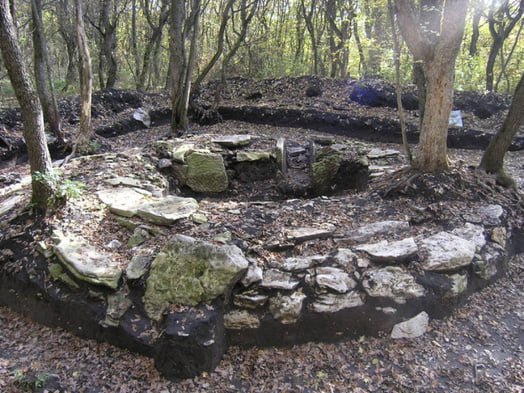 The Tatar settlement is of interest not only for archaeologists. People gather here trying to reconstruct ancient Slavic beliefs. Tourists here can stumble upon a wooden carved image of an ancient god, who, according to his followers, was worshiped by our ancestors. Esoteric lovers also come to ancient burial grounds: someone meditates, someone takes a pebble or a fragment of an ancient clay pot for an amulet, someone cuts a branch to make a set of runes, someone walks with strange devices, looking for “places of power” … However, some people, even completely indifferent to such things, occasionally talk about strange accidents: clocks stopped, phones run out of batteries. There is also evidence of the appearance of vague figures and vague anxiety on the territory of the settlement, especially at sunset.

Residence of the Stavropol ghosts

The most famous mysterious place in Stavropol is the legendary house on Komsomolskaya Street (formerly Bariatinsky). It was built in the 19th century for the daughter of the former Stavropol mayor, merchant Ignatius Volobuev. After her husband’s death, she sold a strange building that resembles an ancient castle. Roman Nutrikhin, candidate of legal sciences, ethnographer, tells about him in more detail.

“The house on Komsomolskaya Street has a long and terrible history. According to legend, its first mistress was a certain Georgian aristocrat, who brought lovers here, and then dealt with them. She hid their bodies somewhere in the building. During the Russo-Japanese, World War I, Civil War and World War II, the wounded were housed here, who inexplicably died from minor injuries, and the soldiers complained of strange sounds and attacks of horror. During the period of the Red Terror, the Bolsheviks placed repressive organs here. After 1945, there was a tuberculosis dispensary in the house, later they tried to make a hostel for medical workers here. However, people refused to live in a terrible house in which abnormal incidents were regularly observed, ”the scientist shared the information. 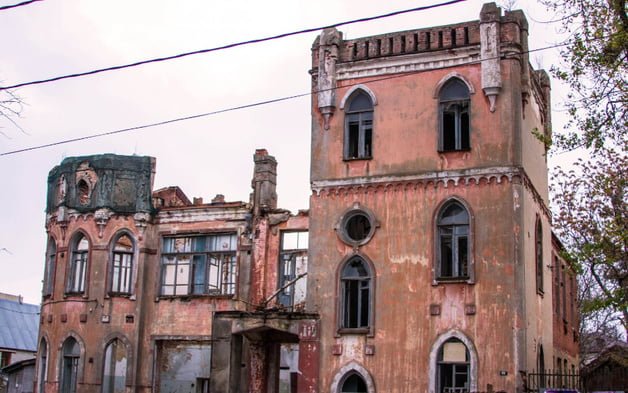 Residents talked about the sobbing and groaning they heard in the house. Many thrill seekers who subsequently ventured into the house confirmed their words and spoke of anxiety and strange incidents in the building. The most common version says that the anomalies are associated with the souls of the soldiers who died here.

When Stavkrayimuschestvo put the historic building up for auction to save it from destruction, only one person agreed to buy it. However, the tenant did not complete what he promised.

Not only spirits, ghosts and ancient gods live in the regional capital, but also water spirits. She lives, according to human rumor, in the Kravtsov Oye Lake in the north-west of Stavropol. This reservoir is one of the oldest in the region. It was formed back in the Ice Age. The first studies of the lake were carried out only at the beginning of the 19th century by Ivan Stefanovich Kravtsov, whose name it later received. The geological origin of the reservoir is still unknown. Now it is a state nature reserve of regional significance. 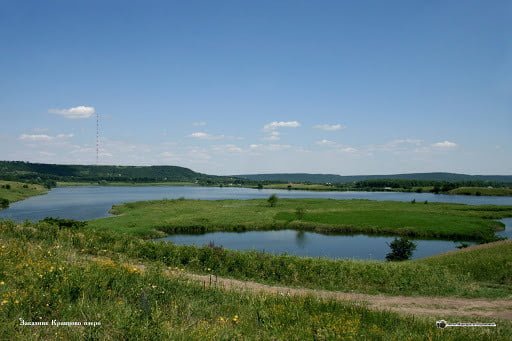 The lake is notorious for the fact that many people died here. Rescuers claim that the number of people drowned here is no more than in other bodies of water. However, some believe that such statistics are spread only to calm people down, and the cause of accidents may be something living, lurking in the depths. Rumor has it that the lake may have a second bottom, they talk about long tenacious algae that drag bathers into the abyss. There is an opinion that a living creature from the time of the dinosaurs could have survived here, as in the famous Loch Ness – eyewitnesses said that they saw vague huge shadows in the water column. What it can be – it is not clear how the surviving representative of the fauna of the Jurassic period, water or lake devils – is not known for certain.

There are also harmless ghosts in Stavropol. One of them, according to witnesses, appears in the art gallery of the artist Pavel Grechishkin. The author of many books about the history and sights of Stavropol, German Belikov, told about the history of this structure.

“At the beginning of the 20th century, the famous architect Pavel Kuskov built a mosque along Morozova Street (as it is now called). The Muslim community in Stavropol was small and not rich. It was headed by Prince Davlet-Girey Biberdov. The house was built, but the interior finishing work was not completed. Then the First World War began, there was no time for the mosque. It was during this period that Biberdov’s seventeen-year-old daughter died, for some reason she was buried in the garden, next to the unfinished religious building, although there was a Muslim cemetery in Stavropol, next to the current Danilov cemetery at the intersection of Lermontov and Dovatortsev streets, ”wrote the local historian. 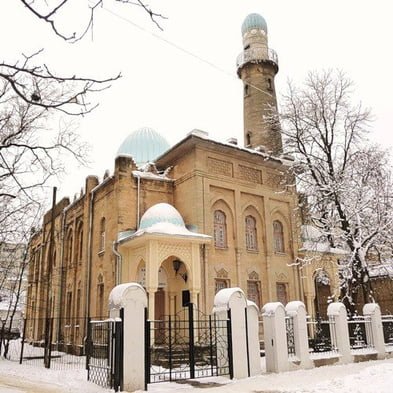 People say that, for unknown reasons, the girl never found peace. Either she had a great and unknown love, or the sadness of an unlived life tormented her soul, but since then she began to appear near the place of her grave. People sometimes see her in the holy month of Ramadan at midnight with a full moon on the minaret of the mosque. The ghost wrapped in white clothes does no harm to anyone, but simply silently looks into the distance.

In the Russian forest in the north of Stavropol, there are mysterious structures called the Verbovsky burial ground. They are made of stone, and their structure in places resembles British Stonehenge. They were created, according to researchers, over three thousand years ago. Some of the mighty stone structures, just like in Britain, are oriented in accordance with the astronomical ideas of the ancients. Nikolay Okhonko, director of the regional museum-reserve named after Grigory Prozritelev and Georgy Prave, together with the scientist Yuri Prokopenko, describe one of the crypts in a special monograph.

“During the inspection, the crypt was a rectangular stone structure with an eastern and, possibly, western walls, oriented approximately along the northeast – southwest line. The interior filling was completely removed by the robbers. From the south-west to the southern wall adjoins a dromos, shifted to the western wall, consisting of two parallel, large rectangular slabs, ”the researchers say.

In the 1950s, human bones, amulets, items of clothing, horse harness were found in the buildings of the Verbovsky burial ground, and some of the items were broken. Scientists believe that, ceasing the existence of things in our world, they were thus transported to the world of the dead, so that they would continue to serve their masters. 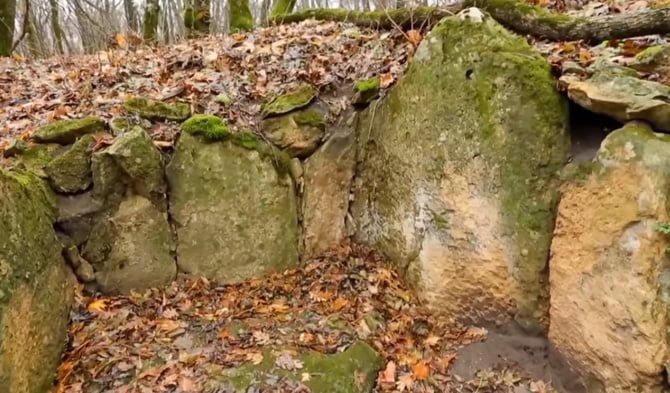 “Stavropol Stonehenge” is a favorite place for visiting all kinds of occultists, seekers of “places of power”, neo-pagans. They argue that there is “energy” here, which can enhance the power of any ritual tenfold. Ghosts have not been seen here, but there is undoubtedly a special atmosphere.

In addition to the mysterious places that we talked about, there are legends about other objects. But the study and careful analysis of such “evidence” often does not leave a trace of “mysticism”. For example, the “witch’s house” turns out to be just a dacha for a craftsman, and the “sorcerer’s dwelling” is a house, the owners of which simply do not want to communicate with gossip-hungry subjects. The same series of tales that have no confirmation includes the story of the “Stavropol dungeons”, the “evidence” of which goes back to three or four “eyewitness stories” once thrown into the Internet by dreamers and repeated by new generations of fans of “fried” facts.

Einstein’s theory of relativity is observed in distant stars

Einstein’s theory of relativity is observed in distant stars