(ORDO NEWS) — An unusual specimen was recently caught in the Norwegian Sea by fisherman Roman Fedortsov.

This amazing sea creature with big cartoon eyes, a sharp snout, lizard-like fins and a long tail is the latest in a series of unusual finds.

Unsurprisingly, after being posted online, the image generated a large number of comments, with social media users speculating as to what the creature might be. 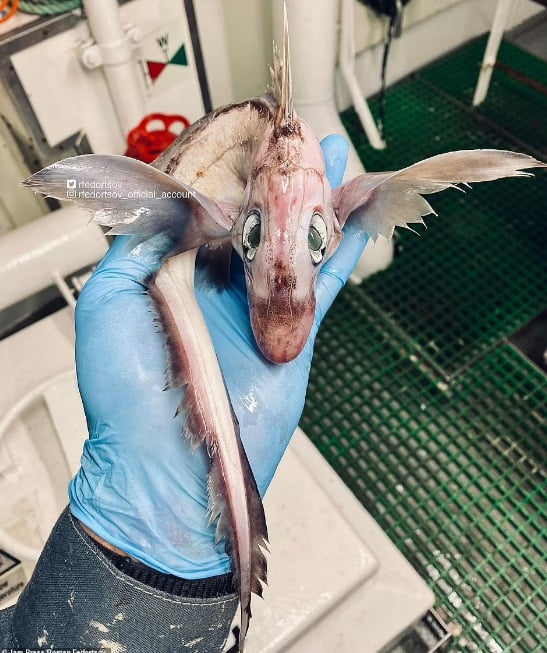 Many agreed that it looks a bit like one of the baby dragons from the popular fantasy series Game of Thrones.

However, according to Associate Professor Ian Tibbets of the School of Biological Sciences at the University of Queensland, there is a traditional explanation for this intriguing specimen. In fact, this is the so-called chimera, or sometimes “ghost shark” or “rat fish”.

“They fly through the water with their large pectoral fins and usually live in the deep sea below 200 meters,” he said.

Video with rare dragon fish appeared on the network

Video with rare dragon fish appeared on the network