(ORDO NEWS) — Over the past few decades, there have been many reported sightings of unidentified flying objects (UFOs), but we all wonder when it all really started. When was the first UFO sighting in history?

Most people have heard of Kenneth Arnold’s 1947 flying saucer sighting or the famous Roswell aircraft crash that same year.

Since then, a long list of UFO incidents has made headlines around the world, from the bizarre story of Travis Walton being teleported aboard an alien craft to US Navy pilots capturing an unidentified hypersonic object on their cameras.

Unidentified flying objects and unidentified air phenomena (UAEs) are increasingly making headlines. The US Department of Defense has begun enlisting other countries, such as Japan, to build an allied sky monitoring network for anomalous visitors.

Luis Elizondo, a former defense expert with the US government’s UFO program (AATIP), even mentioned the phenomenon’s possible ancient roots on a popular History Channel show. How far into the history of our planet do these encounters and manifestations go?

The answer may shock anyone. 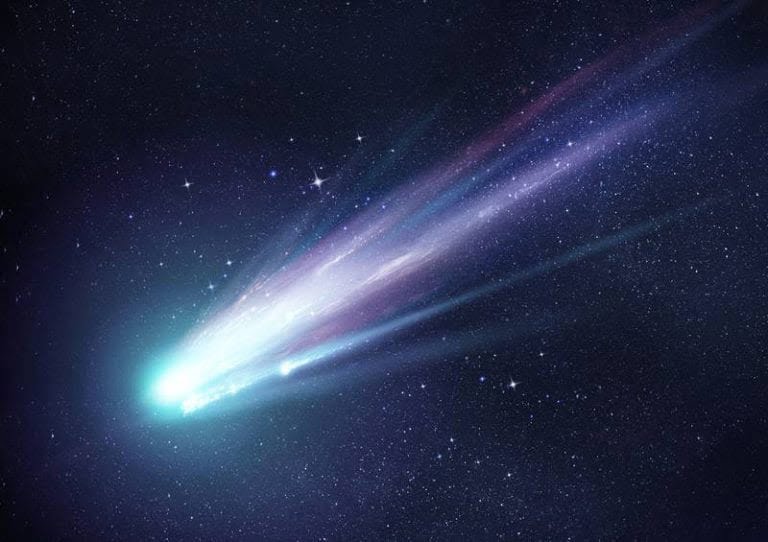 It appears that the first extraterrestrial object in our skies was seen not by modern humans, but by our evolutionary ancestors, the archaic hominins Homo erectus, about 780,000 years ago!

A series of NASA studies found that about 780,000 years ago, a strange object arrived from the depths of space. This body was kilometers across and must have been moving at over 32,186 kilometers per hour, which is typical of large cosmic bodies moving through the solar system (some moving many times faster).

When a large body rushes towards the Earth at such colossal speeds, two scenarios are possible: either the object will fly by under the influence of the gravity of our planet, or it will collide with the surface. The second scenario is cataclysmic in nature.

However, NASA investigations found that the object had parked in orbit, as if it could somehow slow down.

Although some very small, car-sized rocky bodies may temporarily orbit the Earth, our planet is simply not massive enough to have such an impact on something several kilometers in diameter.

Jupiter and Saturn, for example, have amazing gravitational pulls and are known to deflect incoming comets, but this does not happen with the small, rocky worlds of the inner solar system.

The oddities don’t end there.

Tektites are a class of impactite rocks, which are small melted pieces of light green, dark green, sometimes black, whitish or yellow glass of the most diverse shapes, most often with characteristic inclusions in the form of gas bubbles: 435. They are of meteorite, asteroid or cometary origin .

After an indefinite period of stay in orbit, the strange visitor underwent a long process of overheating or self-melting, as a result of which he turned into glass.

Then drops of frozen liquid glass rained down on a vast territory of the Earth, from Antarctica to South China.

Chemical analysis of the debris found showed that whatever this thing was, it once consisted of 75% quartz crystal, a material central to our information processing technologies, as well as a significant amount of aluminum, iron, calcium oxide, magnesium oxide. , potassium oxide and various trace elements.

Interestingly, many of them are compounds with properties potentially important for spacecraft design.

No known natural space visitor, be it comets, meteorites or asteroids, has ever been composed of more than 60% silica. In more than one study, scientists suggest that the object contains traces of isotopes indicating an interstellar origin, potentially making it the first ever scientifically recorded visitor to our solar system.

It is through detailed analysis of a glass-like fragment called australite tektite that we have learned so much about this inexplicable ancient traveler from the underworld.

To this day, after a century of research, no one knows exactly what it was, where it came from, or how it ended up in orbit before exploding, making this original body the first recorded unidentified flying object in history.

Some researchers have tried to explain the australite mystery by referring to the collision of a huge asteroid somewhere in Southeast Asia, others have argued that this is the result of the fact that a piece of the moon broke off and flew in our direction.

These hypotheses have been debated for decades, and although each has compelling merits, unfortunately both fail to explain the observed facts.

The advantage of the lunar hypothesis is that it explains how a glassy substance could fall on us from space. If an asteroid collided with the lunar surface and carried away a lot of molten rock, it is possible that some of the resulting tektite material will fall to us.

This idea was eventually dropped after it was discovered that the Moon was not composed of the type of material that could match the australite fragments.

The earth impact hypothesis strongly suggests that the glass contains compounds that may correspond to some of the mixed shales on Earth. Could a fast-moving object hit us hard enough in the right place to explain the huge debris field and unusual glass formation?

While this model remains popular, the answer is no. NASA studies show quite clearly that the so-called australite buttons formed in space during a period of prolonged heating before gradually releasing into the atmosphere. Not only do they contain virtually no water, but they even contain solid vacuum bubbles.

Perhaps the most problematic of all this is that, according to observations, with reference to the well-accepted Stokes’ law for the force of friction of liquids, tektite glass had to be heated in a special way, as a result of which most of the bubbles were removed and a very homogeneous material was left.

Upon impact, the release of energy is extremely powerful, but at the same time short-lived. Such rapid heating and cooling would result in a glass with a lot of bubbles and the material would not be uniform.

Some pieces should have inclusions of partially molten rock or various elements from the diverse geological composition of the impact site. In short, prolonged heating and oxidation of the raw material for australites simply cannot be attributed to impact without violating well-established physical laws. 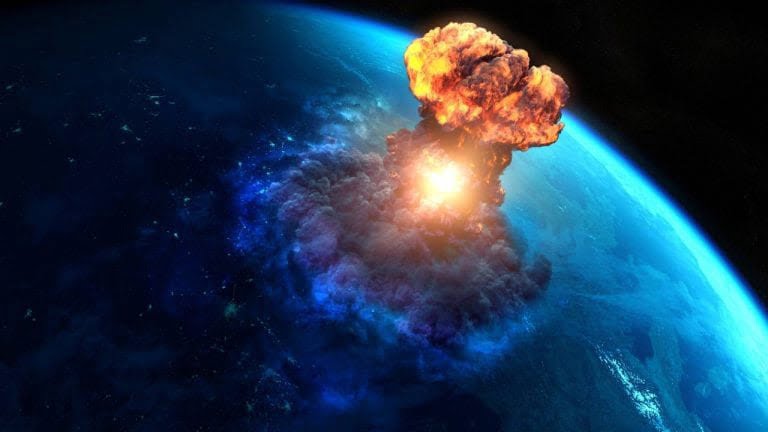 If this is not a broken piece of the Moon or some known natural object that crashed into our planet, then what could it be?

Incredibly, many of our astrobiologists and astronomers openly declare that one day our world will be visited by post-biological alien artificial intelligence, extraterrestrial beings that exist in the form of huge mobile silicon networks.

Could it be that one of these super-advanced entities has already paid a visit to Earth, and our distant Homo erectus ancestors watched their huge silica net-ships orbiting above their heads in the night sky?

The anomalous heating process that produced this highly refined and homogeneous australite tektite material could very well be the result of a critical failure in the exotic drive technology that allowed this alien intelligence to navigate our galaxy.

Also intriguing is the fact that 780,000 years ago our planet experienced the last recorded full geomagnetic reversal. Complete reversal of north and south magnetic poles.

Could this deep planetary energy shift have something to do with the world’s first recorded UFO and the events that led to its destruction? 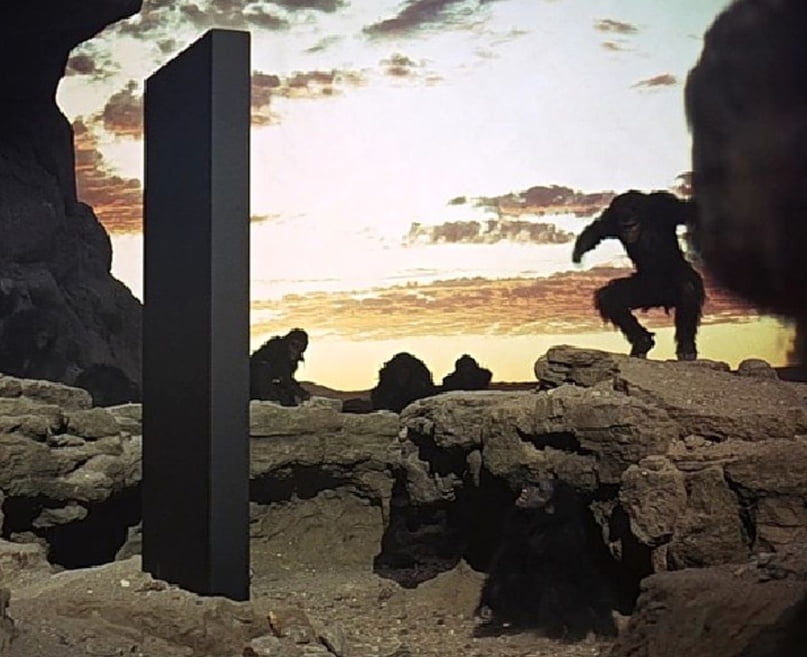 It is worth noting that what happened could not at all be a banal accident caused by a technical breakdown. The civilization that created such ships is hardly capable of such breakdowns.

Who knows… maybe it was a deliberate “seeding” of our planet with the mind? If the design of the ship was a matrix for storing information, then it is likely that the same light was shed on our planet and our wild primitive ancestors, like that brought by Prometheus, but this fire was not destroying, but opening the eyes of reason to us – people.

Maybe it was this event that turned the monkeys into humans, and not the notorious fictional “evolution” of Mr. Darwin.