(ORDO NEWS) — An umbilical scar, or navel, can form not only after the separation of the umbilical cord, but also when the remnants of the yolk sac are drawn in, which occurs in modern egg-laying animals – reptiles and birds.

Now it became known that dinosaurs had navels too: having studied a perfectly preserved specimen of the Cretaceous Psittacosaurus, scientists found an overgrown umbilical scar on his stomach.

Although we usually think that the umbilical cord, and therefore the navel, can only be in a placental mammal whose cub develops in the womb, in fact, a scar from a healed wound on the abdomen can be found in birds, and even in crocodiles and lizards!

Another thing is that the mechanism of its formation is somewhat different: if in mammals the navel is a trace of a fallen off umbilical cord that connected it to the placenta , then, say, in a pigeon, the remnants of the yolk sac are drawn into the abdominal cavity through this hole , after hatching for some time providing chick food.

Since crocodilians and birds, the closest relatives of dinosaurs, have umbilical scars at least in childhood (and in some species, such as the Mississippi alligator , they remain for life), it would be logical to assume that dinosaurs also had them.

However, since the soft tissues of extinct animals are very rare, for a long time scientists could not confirm this assumption on real samples.

Now the assumption has finally been confirmed by the facts – and all thanks to the unique specimen of the Early Cretaceous dinosaur Psittacosaurus , stored in the museum collection under the number SMF R 4970.

Previously, this amazingly well-preserved lizard had already “told” scientists about a strip of stiff bristles on its tail and camouflage coloration, and now revealed the secrets of his birth.

Using laser-induced fluorescence, a team of scientists from Australia, Argentina, China and the United States studied SMF R 4970 and found two parallel rows of scales with a strip of connective tissue between them on the dinosaur’s abdomen.

Due to the location of the strange formation and its extreme resemblance to the umbilical scars of snakes and lizards, scientists have no doubts about what kind of scar it is.

Of course, the discovery of an umbilical scar in a single specimen of Psittacosaurus does not mean that all other dinosaurs had these formations, nevertheless, this discovery proves the usefulness of unusual ways of examining fossils, so it is quite possible that in the future SMF R 4970 will reveal to we still have more than one secret of our own. 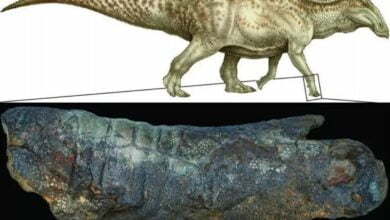 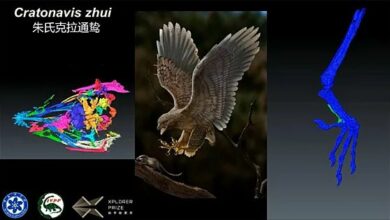 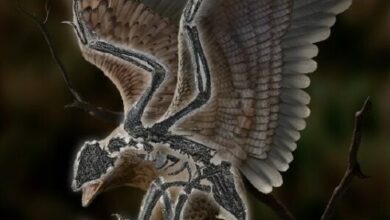 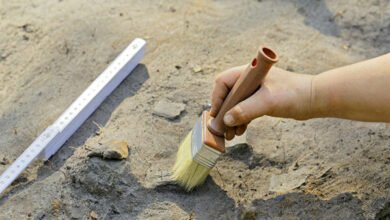 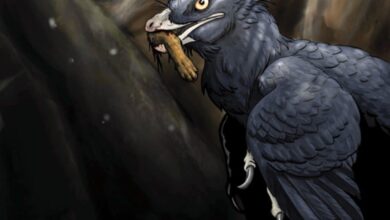 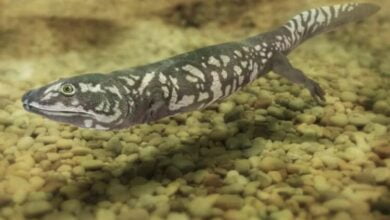