(ORDO NEWS) — Four American and European astronauts head to the International Space Station after the launch of the Crew Dragon spacecraft on April 27, less than two days after another spacecraft returned from the station.

A SpaceX Falcon 9 rocket lifted off from Kennedy Space Center Launch Complex 39A at 10:52 a.m. ET and launched the Crew Dragon Freedom spacecraft into orbit 12 minutes later. The first stage of the rocket, which launched three previous missions, including Crew-3, has landed on an unmanned craft in the Atlantic.

The Crew-4 mission commander is NASA astronaut Kjell Lindgren and the pilot is Bob Hines. NASA astronaut Jessica Watkins and European Space Agency astronaut Samantha Cristoforetti are mission specialists. The docking of the Crew Dragon spacecraft with the ISS is scheduled for 03:15 Moscow time, just over 16 hours after launch.

Freedom will use the same ISS docking port occupied a few days earlier by another Crew Dragon spacecraft, Endeavor, which spent more than two weeks on the station as part of the Ax-1 private astronaut mission. The ship undocked on April 24 and splashed down off the coast of Florida on April 25, less than 39 hours before Crew-4’s launch.

NASA and SpaceX officials said the short time between Ax-1’s descent and Crew-4’s launch is not a problem. “Engineers have been studying the data for the past 18 hours,” Steve Stich, NASA’s Commercial Crew Program Manager, said at an April 26 pre-launch briefing on the results of the Ax-1 mission’s return. “Overall it was a clean flight. No major issues.”

NASA and Roscosmos have also been working to squeeze the arrival of the Crew-4 crew into the spacewalk schedule of two Russian cosmonauts, Oleg Artemyev and Denis Matveyev, scheduled for April 28.

Joel Montalbano, NASA’s ISS program manager, said at a pre-launch briefing that the traditional Crew-4 astronaut welcome ceremony would take place hours after their arrival, as the Russian cosmonauts would sleep during docking to meet their EVA schedule.

NASA is planning a five-day handover between new Crew-4 astronauts and departing Crew-3 astronauts who have been on the station since November 2021. These four astronauts – Raja Chari, Tom Marshburn, Kayla Barron and Matthias Maurer of ESA – will depart in early May on the Crew Dragon Endurance spacecraft.

Crew-4 astronauts will remain on the station until September. The Crew-5 mission, which will use the same Endurance spacecraft as the Crew-3 mission, will launch the same month, with Crew-4 expected to return in mid-September, shortly before the launch of the Soyuz MS-22 spacecraft.

In crew-5 and the Soyuz MS-22 spacecraft, there could be an exchange of seats between an American astronaut and a Russian cosmonaut if an agreement is reached by June.

Following the arrival of Crew-4, the hectic schedule will continue with a second uncrewed test flight of Boeing’s CST-100 Starliner commercial crew scheduled for May 19. In June, the flight of the SpaceX Dragon cargo ship to the station will follow. These flights may have to circumvent new attempts to rehearse the Space Launch System.

“Space flights tend to be a magnet for dynamic activities,” Montalbano said at a pre-launch briefing. “They all tend to be attracted to each other.” Crew-4 mission arrives at the ISS 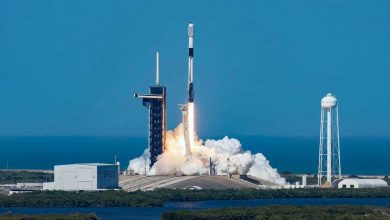 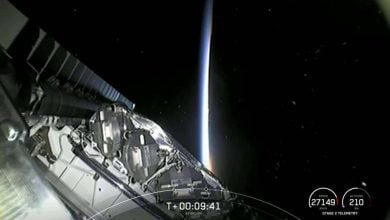