(ORDO NEWS) — In the previous article , we took a look at some of the “discoveries” made by conspiracy theorists, providing a scientific explanation for their fantasies.

It’s time to comment on five more mysterious finds on the surface of Mars .

NASA in 2017 published new images transmitted by the Curiosity rover and one of the blogs where enthusiasts gather looking for UFO traces wrote an entire article about this find. 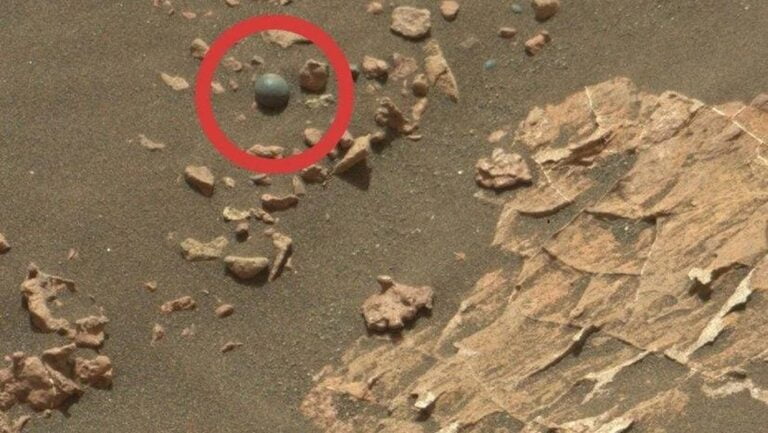 According to the ufologist, in the picture you can see a cannonball, which is evidence (it’s really very funny) of the ancient Martian war.

It is clear that there has never been any artillery gun on Mars and we have only a concretion (a spherical mineral aggregate) with a diameter of less than 5 mm. Consists mainly of calcium sulfate, sodium and magnesium.

Ufologists are very fond of looking for faces in all sorts of stones, and this picture taken by Curiosity in 2016 is no exception. 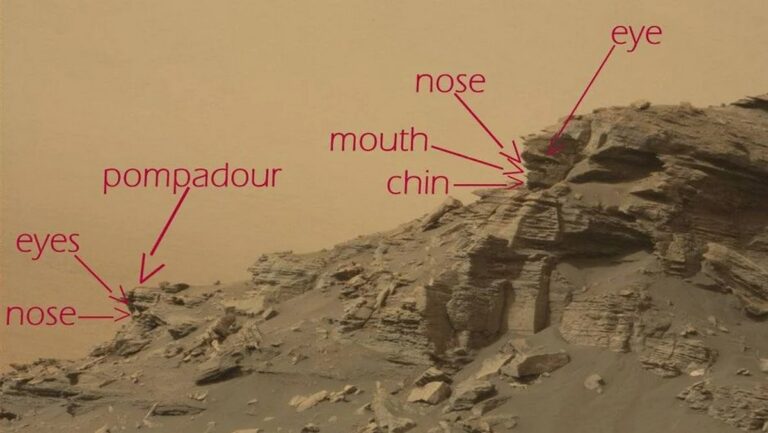 Is there really anything human here? Is there any sign? It is likely that only for a certain group of people with a rich imagination.

Again, we have pareidolia (a visual illusion that forms illusory images, and the details of a real object serve as the basis).

3- Statue of an ancient deity

This image was taken by the Opportunity rover . Yes, indeed there is some resemblance to the statue of the New Assyrian kingdom, but still it is not a man-made object. 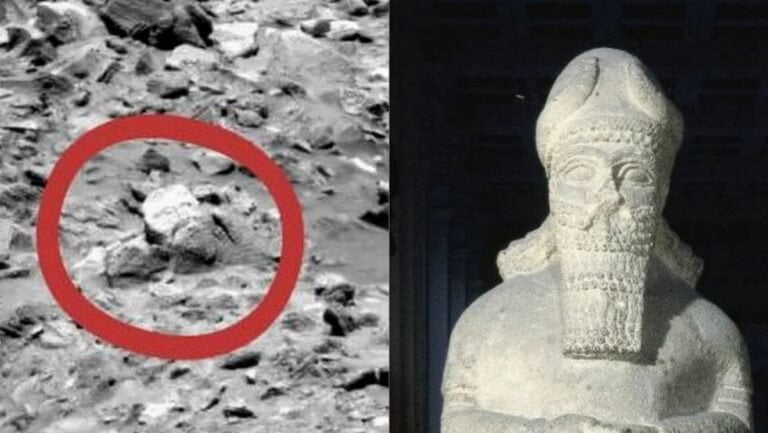 In order to find objects on the surface of Mars that resemble something earthly, you will need: a successful combination of imagination and the play of light with shadow.

There are no stone carving lovers on the Red Planet!

In 2016, Curiosity took this picture and visionaries mistook it for a fragment of a spaceship or the product of alien weapons. 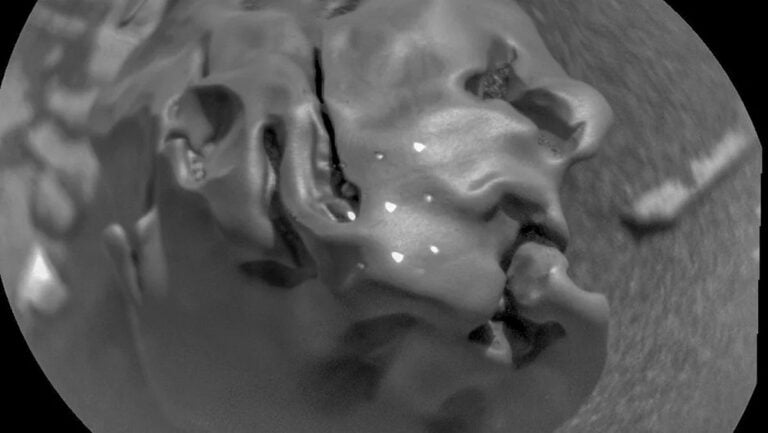 Fortunately (or unfortunately?) this is just a fragment of an iron meteorite at the base of Mount Aeolis in Gale Crater. The size of the fragment is about 4 centimeters in diameter.

This image was transmitted by NASA’s Mars Reconnaissance Orbiter in 2017. How could anyone even decide that these are the ruins of an ancient city? 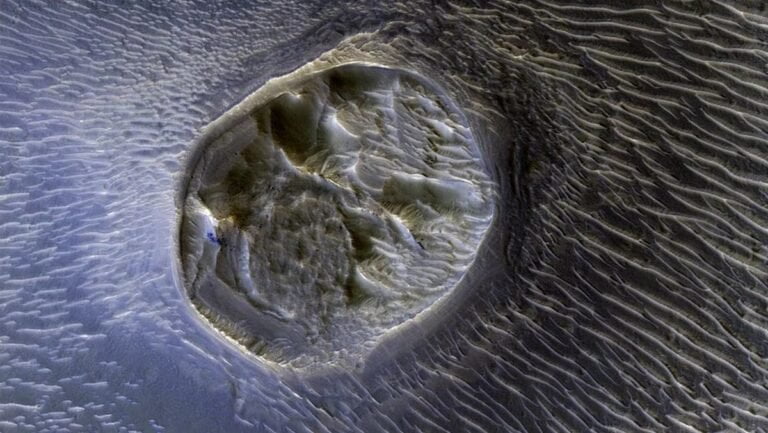 This area is called the “Labyrinth of the Night” and is a wavy structure of sand.

This area was subject to powerful erosion and the multi-layer structure of sedimentary deposits was gradually destroyed, as if “spreading” over the surface of the planet.