(ORDO NEWS) — Three weeks after the start of the Russian invasion, the Internet in Ukraine continues to work. Experts from the research organization RIPE Labs analyzed the sustainability of the Ukrainian Network.

There are no obvious weaknesses or networks in Ukraine’s Internet networks, the shutdown of which would cause significant damage. The country’s infrastructure plays a big role, working in such a way that connection problems can only arise as a result of large-scale power outages.

No monopoly on the Ukrainian market

Analysts drew attention to the low market concentration in the end-user market. They calculated the Herfindahl-Hirschman Index (HHI), an indicator for assessing the degree of monopolization of an industry, on a scale from 0 (non-concentrated) to 1 (monopolistic).

The researchers used data from the Asia-Pacific Network Information Center on which networks serve which number of users in a particular state, only providers with more than 1% of users of the country’s population were taken into account.

In the top 10 countries with the most competitive Internet market, Ukraine was in 4th place with an index of 0.052. Here is the full ranking of market concentration, according to HHI:

“Why is it important? There are no dominant players on the market, so the failure of a single network has a relatively small impact on the entire network,” the experts noted.

Most providers are Ukrainian companies, moreover, more than half of the networks serve less than 1% of the population. It will not be easy for the Russian authorities to force them to cut off the connection without taking over all of Ukraine.

A similar thing happened in Egypt during the Arab Spring, when the Egyptian government ordered ISPs to shut down the Internet, and they complied.

Experts have noticed a large variety of connections between provider networks in Ukraine that they have data on: they are connected either directly or through several Internet traffic exchange points (IXPs).

They stressed that they see only active routes, but do not know about backup routes that can be connected if necessary. At the same time, there is not a single dominant point of traffic exchange.

“If we measure the path between all the networks where we have RIPE Atlas probes, we will see 13 IXPs on those paths. This indicates a large number of active IXPs, which makes this entire system fault-tolerant, ”the authors of the study write.

Transit networks connect two main networks and carry traffic between them. In this case, similar patterns of decentralization and diversity are observed. To test the impact of networks on countries, RIPE Labs examines Automated Systems Dominance Indicators (AS Hegemony).

This way you can find out how much influence a particular provider has on a certain number of users. In Ukraine, the majority of automated networks are covered by the HURRICANE transit network from the USA – 31.5%.

“If there are networks that Ukrainian providers depend on, then these are apparently large international players, many of which are so-called first-tier networks, and note that Russian transit networks are not used in Ukraine,” RIPE stressed. Labs.

The researchers noted that all of the above applies to the wired Internet, but the situation with mobile networks is more difficult to assess. The Cloudflare Radar service collected the most public data, which shows that since the beginning of the Russian invasion, Ukrainians began to use mainly mobile traffic, while wired data has been steadily falling.

A similar trend is observed for other user activity metrics, such as the Google Transparency Report, Gatech IODA. According to analysts, millions of people simply turn off their home or office routers when they evacuate or go abroad.

The Internet in Ukraine depends on an infrastructure consisting of cables (mostly fiber optics), routers and electricity. Loss of energy or damage to the fibers causes the connection to break.

As the experts found out, in Ukraine, communication with the World Wide Web is supported by various optical networks belonging to different organizations. Physical infrastructure is being damaged in parts of the country, but engineers on the ground are able to carry out complex repairs even in the face of hostilities.

For example, in the network of Ukrtelecom (serving about 5% of the population of Ukraine) on the morning of March 8, there was a failure, but thanks to the efforts of technicians, work was established after 3 hours. According to RIPE Labs, employees from different providers are teaming up to repair fiber optic cables to provide compatriots with an Internet connection.

Power plays an important role in the operation of the Internet. When electricity was cut off in Mariupol, the connection to the Network was lost. As an example, RIPE Labs cites a local CDS provider serving 0.3% of all users in Ukraine that went offline on the night of February 28th.

“Despite the resilience of the Ukrainian Internet, we see the damage caused as a result of hostilities,” the experts stressed. “Our thoughts are with the Ukrainian people, and we continue to hope for a speedy peaceful resolution of this conflict.” 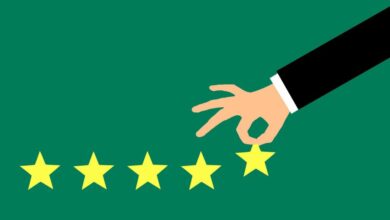 Before the Internet: 10 networking technologies older than we think 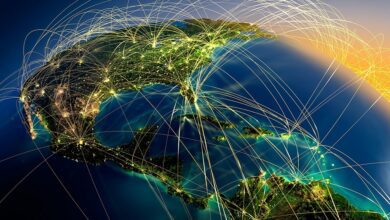