(ORDO NEWS) — The demand for vaccine tours abroad in the near future may triple – from 3-5 thousand to 10 thousand trips per month, we are confident in the Russian Union of Travel Industry. This is due to the plans of the Russian authorities to issue QR codes to the owners of antibodies obtained after an injection with foreign drugs. Sales growth may begin after the New Year holidays, when vaccination points will reopen in Europe, tour operators predict. The most popular countries for vaccination tours are Croatia, Serbia and Greece.

Deputy Prime Minister of the Russian Federation Tatyana Golikova announced on December 13 that Russians vaccinated with foreign vaccines will be able to receive a COVID certificate after passing an antibody test.

This is an important decision for the activation of outbound tourism, since antibodies acquired after an injection with a foreign vaccine are actually legalized in Russia. Thus, citizens vaccinated in Europe will be able to get two working QR codes – foreign and Russian, said Dmitry Gorin, vice-president of the Russian Union of Travel Industry (RST) in an interview with Izvestia.

He recalled that without a QR code confirming vaccination, in Russia it is impossible to check into hotels in the Krasnodar Territory and some other regions. In addition, from February 1, this requirement is likely to be introduced for visits to most public places.

It is now possible to vaccinate with a foreign drug only abroad. Some states are ready to vaccinate tourists. Since the start of sales of vaccine tours in September, the demand for them has tripled, and on the news of the recognition of “foreign” antibodies, it will increase by the same amount, said Dmitry Gorin. So, if in September the average tour operator had 10-15 such applications per week, then in November the demand increased to 50-60 applications, and now there are already 100-150, added Dmitry Gorin.

Now, about 3-5 thousand of such trips are sold every month in Russia. And in the near future, sales may grow up to 10 thousand per month, the expert is sure.

At the moment, large tour operators are not involved in the implementation of vaccine tours. They are sold by those companies that, before the pandemic, specialized in travel to European countries, said the vice president of the PCT. We are talking about tour operators “Russian Express”, “PAKS”, “Pac Group”, “Vedi Group” and some others.

The demand for vaccine tours after the news about the possibility of obtaining a certificate in Russia for those vaccinated with a foreign vaccine will increase by 30-50%, the press service of the Russian Express tour operator told Izvestia.
vaccine

At the moment, the demand is stable. We associate this with the fact that everyone expects the recognition of Sputnik V in Europe, as well as with the New Year holidays, when vaccination points abroad either do not work at full capacity or are closed. But after January 10, we assume an increase in demand for such arrivals, – added there.

Where do they go for vaccination.

The main difficulty in organizing such trips is the absence in the countries of a single protocol for the entry and vaccination of foreigners, noted Dmitry Gorin.

For example, in France, you can go with your passport to any pharmacy and get vaccinated. But to get to this country, you need either a medical or a business invitation, it is closed for ordinary tourists. In turn, Italy and Austria, against the background of the spread of the Omicron strain, introduced a five-day quarantine on entry for the unvaccinated (in fact, for all Russians, since Russian vaccines are not recognized there. – Izvestia), he said.

The most popular countries to travel for vaccinations are Croatia, Serbia and Greece, according to Russian Express. In them, Russians have a choice of vaccines and a full range of services.

In Croatia, vaccination is carried out without prior appointment with the one-component vaccine Johnson & Johnson or the two-component Pfizer, Moderna, AstraZeneca. In Serbia, an official confirmation of the vaccination appointment is required, and among others, the Sinopharm vaccine is available. The demand for vaccine tours to Greece is also growing: the embassy of this country is loyal to the issuance of Schengen multivisa to Russians, – said the press service of the tour operator.

According to Dmitry Gorin, the most popular vaccines among Russian tourists are Johnson & Johnson (it cannot be used for a “booster”) and Pfizer. At the same time, the list of countries available for vaccine tours is constantly expanding – for example, Bulgaria and Germany have recently been added.

As for Greece, since December, if you are vaccinated with Sputnik, one dose of Pfizer is enough to get the European QR code. But for this you must first submit documents. Not everyone wants to do this, therefore they turn to tour operators, – the expert noted.

Those who often travel abroad to meet with their family or on business are most interested in vaccine tours, added the PCT vice president. In a number of European countries, access to all public places is closed without a QR code on vaccination or a certificate of a past illness in English, he recalled.

In addition, the ski season is ahead, many will want to ride in the Austrian Alps, Dmitry Gorin is sure. This country is open for tourism, but in order to avoid a five-day quarantine, an inoculation with a drug recognized in Europe is needed. Scientists have proven that vaccines protect against long-term covid 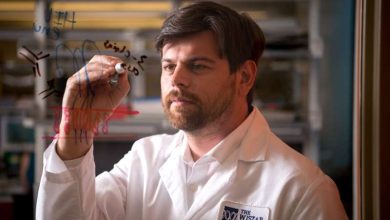