(ORDO NEWS) — A complex and mysterious mental disorder may be due to the “attack of the body on the brain” – with antibodies attacking the body’s own proteins.

Scientists from the Tokyo University of Medicine and Dentistry (TMDU) have found autoantibodies in some patients with schizophrenia – immune proteins that interact with proteins in their own body instead of antigens from viruses or bacteria.

These antibodies attack the NCAM1 protein, which provides communication between brain neurons. Being isolated from such people and introduced into the body of experimental mice, they caused symptoms similar to schizophrenia in animals. Biologists write about this in an article published in the journal Cell Reports Medicine.

Schizophrenia is a mental disorder with a very diverse symptomatology, sometimes reaching a deep disintegration of the personality and emotional sphere, hallucinations and paranoia.

At different periods of life, it can develop in 0.5-1% of the population, but the cause of schizophrenia remains unclear.

Various hypotheses associate it with heredity , disorders of early development or metabolism of neurotransmitters in the brain, with some somatic diseases, including autoimmune ones. The latter option is also indicated by new work by Hiroki Shiwaku and colleagues.

The NCAM1 (Neural cell adhesion molecule 1) protein plays an important role in the intercellular interactions of neurons and their supporting glia, in muscles and some blood cells . It provides the formation and fixation of synapses, in which the exchange of signals between neurons takes place.

Many past studies have shown that impairments to NCAM1 synthesis or function are not uncommon in patients with schizophrenia. And turning off the NCAM1 gene in laboratory mice leads to the development of corresponding symptoms in them.

Hiroki Shiwaku and his co-authors examined about 200 people with schizophrenia and the same number without such a diagnosis. Autoantibodies binding NCAM1 (anti-NCAM1) were isolated from 12 patients.

This may indicate that, at least in some cases, the development of the disorder is caused by autoimmune processes that disrupt the interactions between neurons and the formation of synapses.

Indeed, in vitro experiments with cultured neurons and glial cells (which play a supportive role in the nervous system) have shown that the addition of purified anti-NCAM1 proteins interferes with their communication with each other.

The same was indicated by experiments with laboratory mice in which the anti-NCAM1 drug was injected into the cerebrospinal fluid.

Such animals soon developed cognitive impairments, the start reflex (alarming in response to a sharp external stimulus) weakened, and they also demonstrated other signs characteristic of animal models of schizophrenia.

The neurons of mice that received anti-NCAM1 formed fewer synapses and fewer dendritic spines on which synapses could form.

Perhaps the work will finally find effective medications for the treatment of schizophrenia. At least for those patients in whom the disease really has an autoimmune nature. 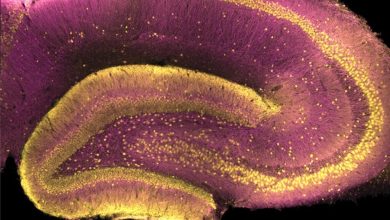