(ORDO NEWS) — Marthe Brossier was a celebrity in France in the 1590s. She was a demon-possessed woman, and her family took the “performance” with them on tour. They traveled from city to city, demonstrating the satanic essence that lived in the soul of their child, all in front of the crowd.

It was an exciting show. Brossier’s eyes rolled back into his head, leaving behind only an empty white space. Her tongue, red as blood, stuck out like a snake’s, and she convulsed on the ground as a deep, demonic voice erupted from her belly.

This attracted such attention that King Henry IV himself ordered an exorcism to be performed on her. He caused several of the country’s most senior priests to gather around her, sprinkle her with holy water, and recite Holy Scripture in Latin, while the demon in Brossier, tormented by Holy Scripture, screamed in agony and pain. 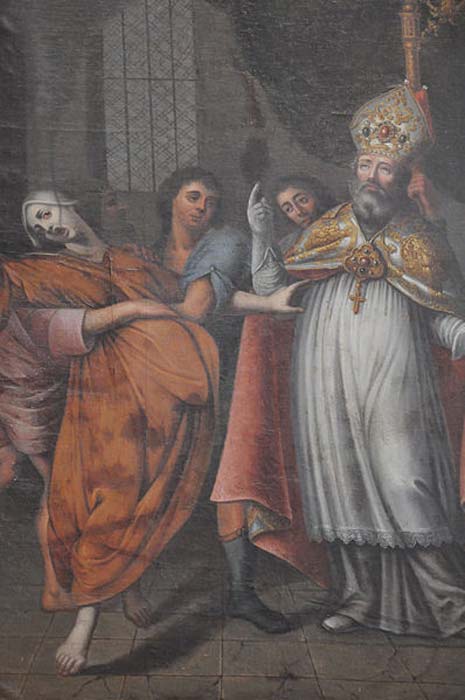 But what Brossier did not know was that her exorcism was a sham. Holy water was ordinary water, and the Latin books read by the priests were nothing more than an old poem by Virgil.

Her exorcism was a scientific experiment – the first time in history that demonic possession had been systematically tested. Brossier failed – and in the process discovered some incredible things about the human mind.

Martha Brossier was 20 years old when the demons “possessed” her. She was already considered a bit of a strange bird – a woman who secretly left the house, disguised as a man, and, apparently, did not want to get married at all. The people of her small town seemed to take it for granted when a demonic voice began to come out of her.

Her neighbor Anna Shevro was accused of witchcraft. She was a middle-aged unmarried woman—by the standards of the time that was the signature profile of a witch—and whatever complaints Brossier made against her were convincing enough to have Chevro thrown into prison. 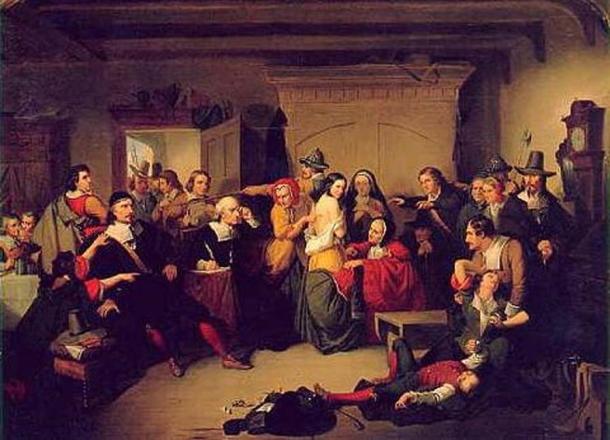 But the Brossier family did not hide their demonic child. They took her on the road with them, traveling from city to city, showing her and allowing everyone to see the evil spirit that possessed their girl.

Before, the demon possessed a woman named Nicole Aubrey. The Church took her all over the world to hear her utter blasphemies against God on behalf of the Huguenots, once saying:

But Aubrey was publicly cast out, and the Church’s beloved demon was lost. Therefore, Brossier seemed like a godsend. The Church once again had someone who could denounce the Protestants in the name of a demon.

The priest gave her an official certificate of genuine possession, and the church joined their tours. In front of a shocked crowd, they publicly cast her out – only for Beelzebub to climb back into her body to the delight of another crowd.

Michel Marescot, the personal physician of King Henry IV, was given the task of exposing her. By order of the king, Martha Brossier was brought to the abbey of Saint-Genevieve, so that, under the supervision of Maresco, the bishop of Paris himself would cast out demons from her.

Almost immediately after Brossier knelt before the bishop to pray, a demon possessed her. She fell on her back, convulsing and breathing like a wild animal. Her eyes retracted, her tongue stuck out, and a dark, gravelly voice from her stomach screamed vulgar, unprintable words.

The priests put a piece of wood in her mouth to prevent her from swallowing her own tongue, then gathered around her, holding a piece of the true cross of Jesus Christ in their hands and reading the Holy Scriptures to cast out the demon. When she saw the true cross, she began to writhe on the floor in pain as a dark voice within her screamed blasphemy and death threats. 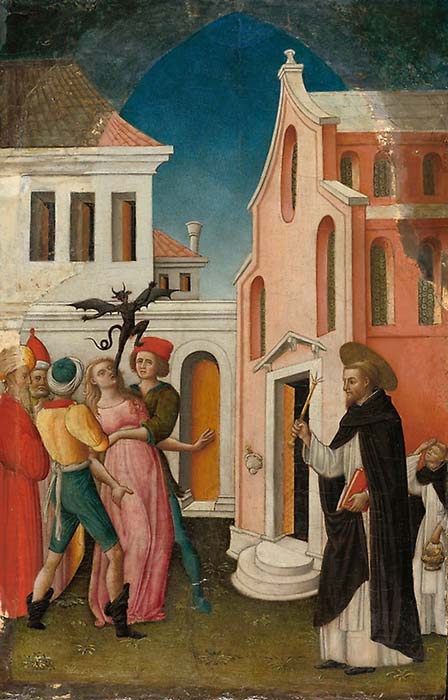 Marescot alone was unimpressed. He wrote a short, simple note:

“Nothing from the devil; many counterfeit things; and a few things from sickness.”

Marescot said that he had changed the instruments of the priests. The piece of true cross they used, he explained, was nothing more than an ordinary piece of wood. The real true cross was in her mouth, used as a tongue compressor – and she did not react to it at all.

The priests were still not convinced. They saw Brossier do what no man should do. It wasn’t just the strange voice that came from inside her body: lying on her back, she jumped into the air and flew back farther than most men can jump while standing.

To deny what he saw, one of the priests warned Marescot, was blasphemy. The devil may well take it with him. 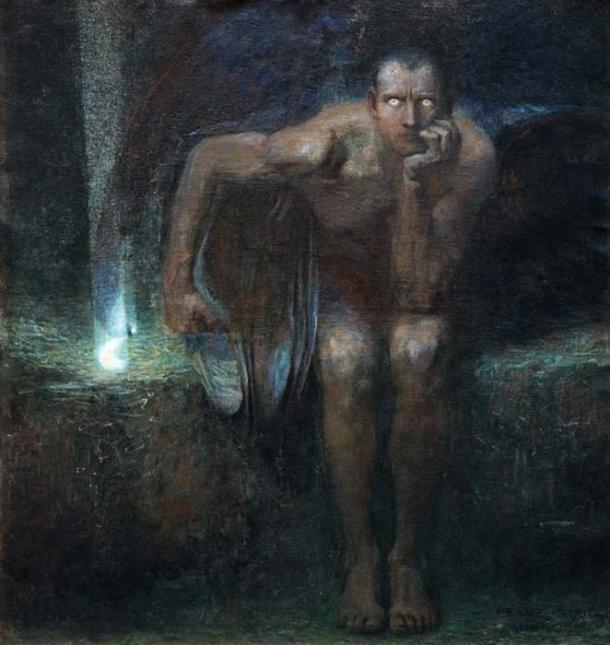 Marescot was not impressed. “I will take this danger and risk upon myself,” he fired back. “Let him carry me away if he can.”

It was the Archbishop of Lyon, Charles Miron, who found a way to prove the truth of Marescot. One substitution of part of the true cross was not enough to convince his fellow priests, so Bishop Miron went further. He changed everything.

For several days the priests prevented Brossier from drinking anything but holy water, without saying that the water she drank was blessed by the priest. Then they filled a vessel with holy water with ordinary water and sprinkled it, saying that it was sacred.

Brossier fell into a trap. She had no reaction to the holy water for nearly a week, but screamed in agony when the plain water hit her face. 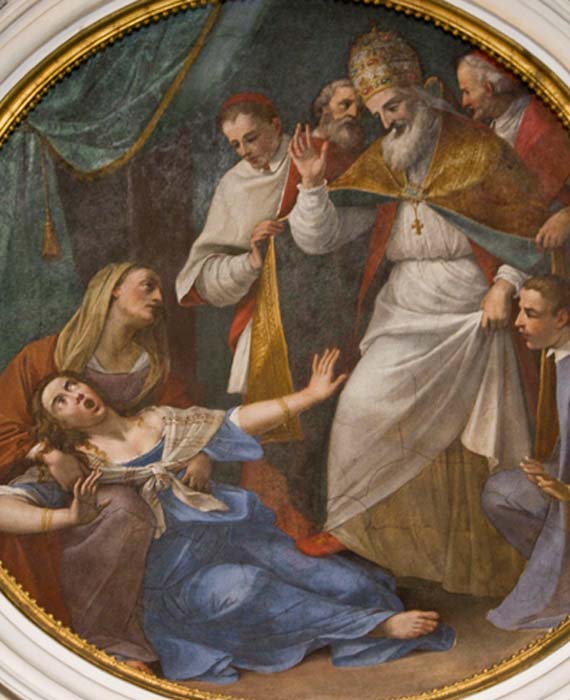 Every part of Myron’s scheme worked. When he picked up a piece of iron and pretended that it was a piece of the real cross of Jesus Christ, Brossier began to convulse. When he read Virgil’s Aeneid to her in Latin, pretending to be the Bible, she threw herself on the floor.

Martha Brossier was a fraud.

For the first time in history, demonic possession was exposed through a controlled experiment.

At the time, this story seemed simple to people. The woman lied about the demon, and it was nothing more than a simple scam.

However, there are hints that something more than a simple lie could have taken place here. And Anne Chevro, the woman whom Brossier accused of witchcraft, certainly thought so. The Brossier she knew, she said when she got out of prison, was not a crook. She was just dangerously mentally ill.

It’s hard to say for sure if Chevro was right – but Brossier certainly never admitted to being fake. Even after she was exposed, she continued to claim to be possessed, long after someone paid attention to her.

If she wasn’t faking, it opens up some strange possibilities in the human mind. 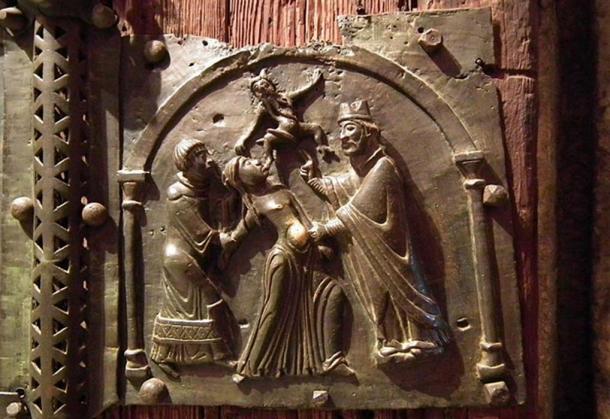 Marthe Brossier was capable of seemingly supernatural things. She could perform ventriloquism tricks, she could be pricked without feeling pain, and she could jump great distances while lying on her back. She performed incredible feats – and if she did not think she was lying, then these actions probably were not rehearsed.

Perhaps, in some sense, Brossier was indeed obsessed. But perhaps she was possessed by another kind of demon: a demon of her own mind.

Away Satan! Exorcism of Anna Eklund

Away Satan! Exorcism of Anna Eklund