He is regarded, mainly from the 19th century, as one of the earliest European proponents of the modern scientific method. More recent estimates emphasize that he was, in fact, a medieval thinker, and most of his “experimental” knowledge was derived from ancient books.

Roger Bacon. The “Adorable Doctor,” the greatest philosopher of the Middle Ages, was born in Somersetshire, England, about 1214, and educated at Oxford and Paris. He entered the Franciscan order, and his ecclesiastical position never contradicted his real scientific thinking.

He was an ardent supporter of observation and experiment as the basis of deduction and did not cease to call for the study of primary sources and texts as the basis for obtaining any reliable knowledge .

Pope Clement IV, learning of his scientific achievements, asked him to compile and send a summary of what he knew in an incredibly short time.

In 1268 he wrote an encyclopedic summary of all known sciences. It is filled with original experiments and conclusions in the field of mathematics, physics and other disciplines. He addressed the next part of his work to William of Paris, which eventually came to the Pope.

Here are some excerpts from some of the subtopics of this voluminous Latin treatise (translated into English from a French work published in 1899).

“First, I will talk about the wonderful works of science and technology, in order to then indicate the causes and method of their creation, in which there is nothing magical, so that it can be seen that any magical power is inferior to these works and is worth nothing.

For vehicles on the seas can be made without men as oarsmen, so that the largest ships, river and ocean, can be carried by one man at a greater speed than if they were full of men. ( ships with propulsion )

Also, wagons can be made so that without an animal they can move at incalculable speed, like those chariots with which battles were fought in ancient times ( cars, armored vehicles, tanks, etc. ).

Also, flying carts can be made so that a person can sit in the middle of the cart, rotating some device with which artificially created wings can beat the air, in the manner of a bird flying. ( plane )

Appliances can also be made for walking in the sea or rivers, all the way to the bottom, without bodily danger. ( submarines, diving equipment ).

For Alexander the Great used them to see the secrets of the ocean,

According to the story of Ethicus, the astronomer, these things were done in ancient times, are being done in ours , which is certain, unless it is a question of an instrument for flight, which I have not seen, and I do not know anyone who has seen;

But I know that the sage who conceived this device, brought it to the end.

There are also bridges over rivers without poles or any other support, and cars, and unheard-of devices ( bridges with quantum levitation ), and much more.

“V. About Experiments on Artificial Vision”

“Spectacles can be designed in such a way that things very far away can appear very close, and vice versa; so that from an incredible distance we can read the smallest letters, see things however small, and make the stars appear where we please. .

Therefore, Julius Caesar, on the seashore in Gaul, discovered through huge glasses the location and location of the castles and cities of Great Britain. ( Optics: telescopes and microscopes )

“But there is a higher power of construction by which beams can be conducted and collected through various shapes and reflections to any distance we wish, so far that it is possible to burn any object ( laser weapon ) with burning glasses acting forward and ago, various authors confirm this in their books ( Lasers ).

And the greatest of all constructions and built things is that the sky can be depicted in accordance with its longitudes and latitudes, in bodily figures, as it moves in its daily movement; and these things are worth a kingdom to a wise man.” ( Astronomy ).

Bacon is often credited as the first European to describe a mixture containing the main ingredients of gunpowder.

Based on two passages from Bacon’s “Opus Maius” and “Opus Tertium” analyzed in detail by J.R. Partington, several scholars cited by Joseph Needham have concluded that Bacon most likely witnessed at least one display of Chinese firecrackers, perhaps obtained through the mediation of other Franciscans, such as his friend William of Rubruk, who visited the Mongols. The most revealing passage reads:

“We have an example of these things (which act on the senses) in the sound and fire of that children’s toy that is made in many different parts of the world; that is, a device no larger than a thumb.

From the power of this salt, called saltpeter, together with sulfur and willow charcoal, combined in powder, there is such a terrible sound in the explosion of such a small thing, no more than a piece of parchment containing it, that we find the ear startled by a noise exceeding the rolls of great thunder, and brighter than the brightest lightning.” ( gunpowder ). 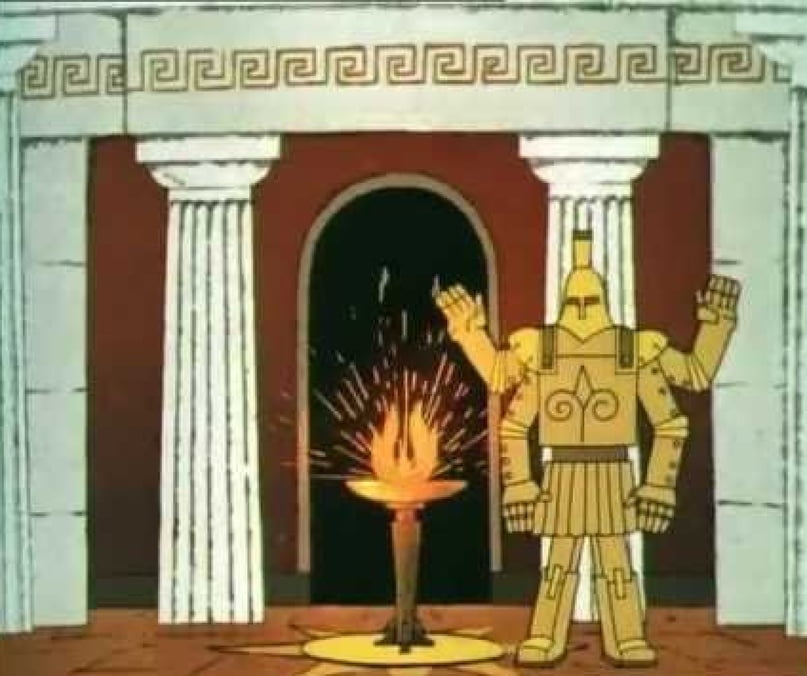 Everything that we consider the achievement of modern mankind has already been, and the technologies of the past far exceeded what mankind has achieved at the moment.