The aviation analyst emphasized that pilot fatigue is widespread and poses a “serious threat” to flight safety.

Airline expert Alex Maceras said the incident was of “deep concern” and pointed to a problem of pilot fatigue that most passengers are completely unaware of.

On August 15, an Ethiopian Airlines Boeing 737-800 was flying from Khartoum to Addis Ababa, but an error occurred during landing, according to Aviation Herald.

The data showed that the plane was flying at an altitude of 11,200 meters on autopilot, but did not begin its descent at its intended destination. 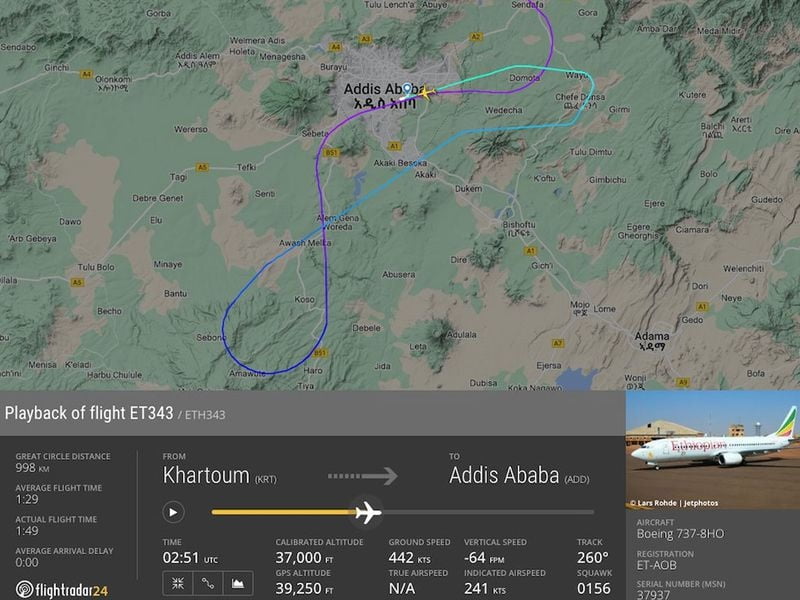 Despite several attempts to contact, air traffic controllers were apparently unable to establish contact with the crew.

As the plane overshot the runway and continued on its route, an alarm went off. The plane then began to descend, landing safely.

The automatic surveillance system showed that the aircraft overshot the runway and then began to descend and maneuver for another approach.

“Pilot fatigue is nothing new,” Maceras tweeted, warning that it “continues to pose one of the biggest threats to aviation safety – internationally.”

An unknown, extraordinarily ancient civilization is buried under eastern Turkey

An unknown, extraordinarily ancient civilization is buried under eastern Turkey