(ORDO NEWS) — The first copy of an immigrant from the south was found there in 2013, and in just a few years, his relatives successfully mastered the country as a whole. Today, this is the northernmost part of the range of the predator, previously considered southern.

The ranges of a wide variety of animals are not something stable, but rather, on the contrary, something ever-changing. A couple of thousand years ago there were lions in Europe. Then the Roman habit of catching them to bait people in the arena decimated the population, and the subsequent hunt completely finished it off.

A thousand years ago, reindeer were common in Scotland, and now they are preserved in only one reserve. A similar situation happened with the jackal in the last ice age: due to cooling, its range shrank almost to India.

However, when the glaciation ended, it appeared in the Levant (seven to eight thousand years ago), and then in Greece. Further progress to the north stalled for a long time: the wolf is very dangerous for the jackal, since he can neither run away from the wolf nor fight with him. In the 20th century, wolf populations in Europe seriously shrank, but then the climate prevented the active expansion of jackals.

It is difficult for them to survive in cold climates, especially in winter. In the wild, these predators depend on hunting rodents, and where there is a lot of snow, they do not always do well. Global warming has significantly changed this situation, and since the 1990s, jackals began to develop Ukraine, Belarus, Hungary and other countries of the Danube basin.

Scientists from France and Estonia decided to study how things are going with the expansion of the range of jackals in Estonia, its most northern part. To do this, they summarized all previously published data on Estonian encounters with this species.

According to local residents, they saw jackals for the first time in 2011, and in 2012, the corpse of a jackal was first recorded – it was accidentally killed while hunting foxes in one of the national parks. Around the same time, in 2012, jackals were noticed in the north of Germany, also quite remote from the countries of the Danube basin or Belarus with Ukraine, where jackals were observed earlier. 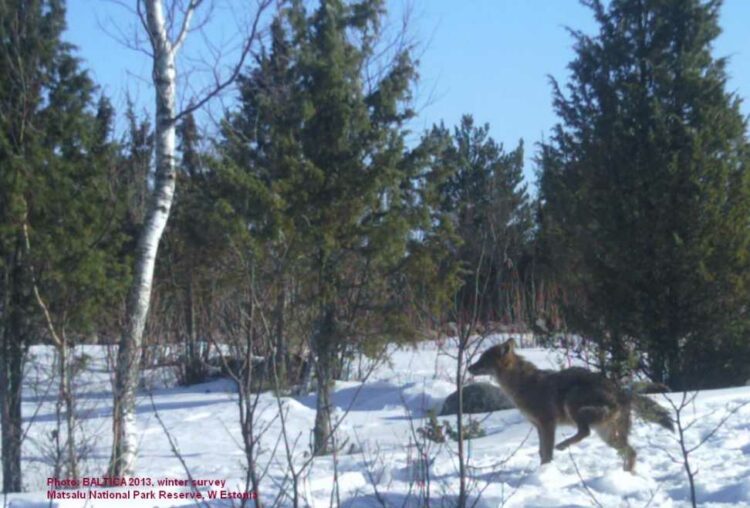 Since 2013, Estonians have started shooting jackals, and by 2021 they have already managed to get more than 200 of them. However, apparently, this did not slow down the spread of the new species across the country: by 2020, there are 27 territorially stable groups of jackals.

In their case, it is difficult to talk about a pack, as is sometimes incorrectly done, since normally they hunt singly or in pairs. They do not have a pack organization, but, like wolves, they form lifelong pairs. The difference is that these pairs rarely come together for hunting in larger groups, therefore, jackals do not have a stable “supra-family” organization.

More than 30 jackals killed by Estonians have been autopsied to examine the contents of their stomachs. It turned out to be similar to the contents of the South European jackals and differed significantly from the diet of the same animals in Asia. From wild prey, rodents were found there, from anthropogenic – waste from slaughterhouses and hunters’ prey (modern hunters rarely dispose of the whole carcasses of dead animals).

Traces of plant food, on the contrary, are few. In Asia and the Astrakhan region, jackals eat a lot of plant foods – especially watermelons, sometimes grapes, in Central Asia – a lot of sucker fruits. However, there is still a shortage of local watermelons, grapes and sucker in Estonia, which can also explain the difference in diet.

Other features of the lifestyle of the Estonian jackals, on the contrary, resemble their Asian and Astrakhan counterparts. In Estonia, these animals settle along the rugged coastline, thickets of bushes near rivers and lakes, as well as near the sea.

The reasons may be the milder climate of these areas, as well as the fact that it is easier to feed there. In Uzbekistan, jackals also live in reeds and other hard-to-reach places, where they make burrows for breeding. It is interesting that in the case of Estonia, the penetration of jackals to islands in Lake Peipus and the Baltic Sea was noted: apparently, we are talking about migrations over ice. On the island in Lake Peipus, the breeding of jackals was also noted. 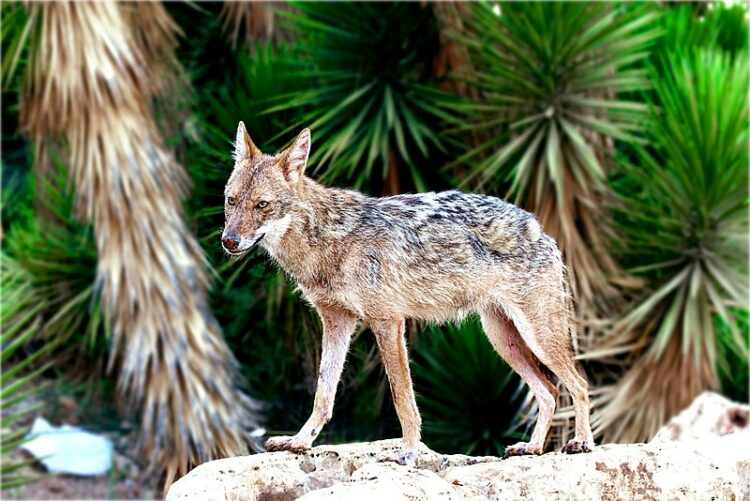 The question of the danger of this animal for local ecosystems is not yet entirely clear. On the one hand, jackals reliably destroy the nests of local ground birds. On the other hand, they are believed to be crowding out raccoon dogs, another invasive species that is even more dangerous in this respect. One thing is for sure: jackals do not threaten local predatory species and humans for sure. Both are too strong and dangerous. Wolves also prey on jackals.

Interestingly, in the central part of Estonia, saturated with forests and sparsely populated, there are wolves, but jackals were not noticed. But the jackal is not afraid of a man: the work noted cases of his penetration to the outskirts of Tallinn. However, residents of Sochi have known for many years that jackals calmly enter cities, where they jump into garbage cans, scattering waste and choosing the most delicious, in their opinion.