(ORDO NEWS) — Dive into a multi-dimensional map of our galaxy in the third version of the Gaia mission data.

In the third version of the data from the Gaia mission, more than 30 million objects (mostly stars) in the Milky Way are shown approaching or receding from us at different speeds.

This phenomenon is known as radial velocity. A recently released mission database shows how objects move across a large portion of the Milky Way’s disk, the ESA said in a statement.

The rotation of the disk can be seen in the image in the upper left corner: bright and dark areas alternate (directed away from us) and towards us (directed towards us). On the contrary, one can observe various objects whose radial velocity differs from the radial velocity of their surroundings.

Bright spots of the Large and Small Magellanic Clouds (LMC and MMC) are visible in the lower right corner of the image. Beneath the galactic center is a faint, nearly vertical band representing the Sagittarius dwarf galaxy. The dark dot to the left of the CPA is the globular cluster 47 Tucanae.

In the illustration, you see the lines representing the movement of the stars projected onto the sky (their own movement).

The lines show how galactic latitude and longitude affect the direction in which stars move. There is no sign of the Large or Small Magellanic Clouds (LMC or SMC) in this image because only stars with well-defined distances were included.

Gaia doesn’t just map the stars in our galaxy – she tells us what’s in between. The space between stars is not empty, it contains clouds of dust and gas from which stars are born.

Gaia allows us to map the absorption of starlight into the interstellar medium using precise measurements of the positions of stars and the scattered light they emit. Based on these maps, we can determine the history of our galaxy and the physical mechanisms of star formation.

The Milky Way is filled with interstellar dust, as seen in the upper right image. Interstellar dust creates dark regions in the galactic plane that fade to yellow as the amount of dust at the center of the galaxy decreases.

We can learn about the birthplaces and journeys of stars by studying what they are made of. This allows us to understand the history of the Milky Way. Among the new data released by Gaia is a chemical map of the galaxy (lower right image).

Using Gaia, we have found that some stars in our galaxy formed from primordial matter, while others, including our Sun, are composed of material enriched from previous generations of stars. Stars closer to the center and plane of our galaxy are richer in metals than those farther away.

Gaia Data Release 3 shows a pattern of stars in the Milky Way in this all-sky image. The metallicity of the star is indicated by color. The redder the star, the more metallic it is. 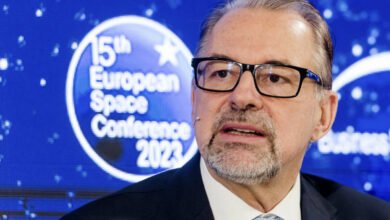