(ORDO NEWS) — Astronomers from the University of Toronto, Canada, have been able to observe the matter that has been unsuccessfully searched for for quite some time now by taking a close look at the cosmic web, the network of filaments and knots formed by the large-scale distribution of galaxies in the universe.

And although galaxies produce most of the visible light in the universe, they contain less than 10 percent of all the atoms in the cosmos.

Most of the rest of the atoms are in the cosmic web in the form of a gas that is so diffuse that it contains no more than one atom per cubic centimeter of space – a rarefaction that even the best vacuum pumps cannot achieve on Earth.

“Because the gas is so rarefied, it’s very difficult to observe,” said cosmologist Adam Hinks, assistant professor at the University of Toronto and lead author of the new study. “For years, astronomers have called this the “baryon shortage problem.”

In recent years, however, astronomers have finally begun to discover these elusive atoms.

In Toronto, Hinks, along with an international team of colleagues, was able to detect this diffuse, hot gas in a filament about 40 million light-years long that connects two clusters of galaxies.

Hinks and his colleagues used data from observations of the cosmic background radiation from the Planck satellite archive, as well as data obtained more recently with the Atacama Cosmology Telescope (ACT) located in northern Chile. CMB is the oldest light known to science.

By observing the scattering of CMB radiation on the gas that is part of the filament, scientists have determined that the mass of gas is about 50 billion solar masses – that is, about 50 times the mass of our own galaxy, the Milky Way.

Although researchers have previously found signs of gas in the filament when analyzing data collected using the Planck satellite, in this new work, the use of a more powerful ACT instrument for observations made it possible to obtain more detailed images, resulting in a clearer separation between galaxy clusters. and filament material, the authors explained. 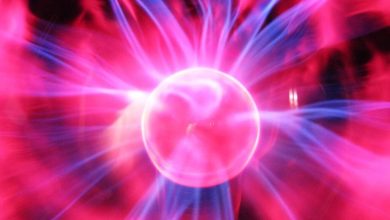