US, WASHINGTON (ORDO NEWS) — The founder of Tesla last week wrote on Twitter that he was selling his property.

And it appeared that he stuck by his word, as with the help of a professional real estate broker in his area, two of his houses have now appeared on some of the most popular real estate websites.

Billionaire Elon Musk (number 31 on the global Forbes list of billionaires, real-time status – $ 37.9 billion) put up for sale two of his houses. CNBC correspondent Sam Shad drew attention to this on his Twitter. The houses are exhibited on the Zillow real estate sales platform. Both houses are located in the prestigious Los Angeles area of ​​Bel Air and put up for sale on May 4.

For one of the houses in which the actor Gene Wilder, who played the movie “Willy Wonka and the Chocolate Factory”, used to live, the seller asks for $ 9.5 million. An object with a total area of ​​260 sq.m. includes a five-bedroom house, a pool and a guest cottage.

The second lot for sale is much more expensive – this is a manor on a hill with a panoramic view for $ 30 million. The house was built in 1990, was subsequently reconstructed. Now it has a two-story library, a gym, a two-room guest suite, a swimming pool, a garden, an illuminated tennis court and a garage for five cars, the announcement says. Musk bought this house for $ 17 million in 2012. The founder of Tesla acquired the Wilder house in 2013 for $ 6.75 million.

Last week, May 1, Musk announced on his Twitter that he was selling “almost all of his tangible property.” “I will not have a home,” Musk emphasized. “Only one condition for sale – I own the old house of Gene Wilder. He cannot be destroyed or lose his soul, “said Musk. When asked about the reason for the sale, Musk answered in one word: “freedom.”

On Friday, May 1, Musk wrote a series of tweets, including that, in his opinion, Tesla shares are now overvalued. This was followed by a 10% collapse in stocks, which reduced Mask’s fortune by almost $ 3 billion.

Now at the most favorable moment for the sale of luxury real estate in Los Angeles, Bloomberg notes – even before the coronavirus actually stopped all displays of real estate, the market suffered from an oversupply and weak demand. Restrictions on tax deductions made California real estate less attractive for wealthy US buyers, and international tensions scared away buyers from Russia, China and the Middle East.

In India, a man buried alive got himself out of the grave

Why do people see the same thing in the last minutes of their lives?

In India, a man buried alive got himself out of the grave

Why do people see the same thing in the last minutes of their lives?

Why coffee does not always invigorate and gives strength 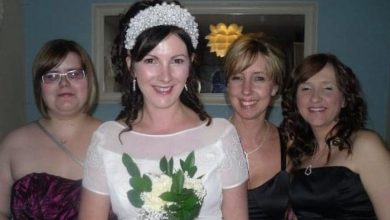 The woman who married herself celebrated a steel wedding