(ORDO NEWS) — For more than 40 years, Swiss archaeologists have been excavating the site of Kerma, studying the unique archaeological culture that existed in the period from 2500 to 1500. BC e. in Nubia in present-day Sudan.

According to the Genevan archaeologist Charles Bonnet, recent discoveries made on the territory of the Kerma culture completely change our understanding of the history of Ancient Egypt and Nubia.

Kerma site is located halfway between Khartoum and the Egyptian border, a little south of the third Nile cataract. The pioneer of the Kerma culture can be considered the American Egyptologist George Andrew Reisner (George Andrew Reisner; 1867 – 1942), who conducted research here between 1913 and 1916. 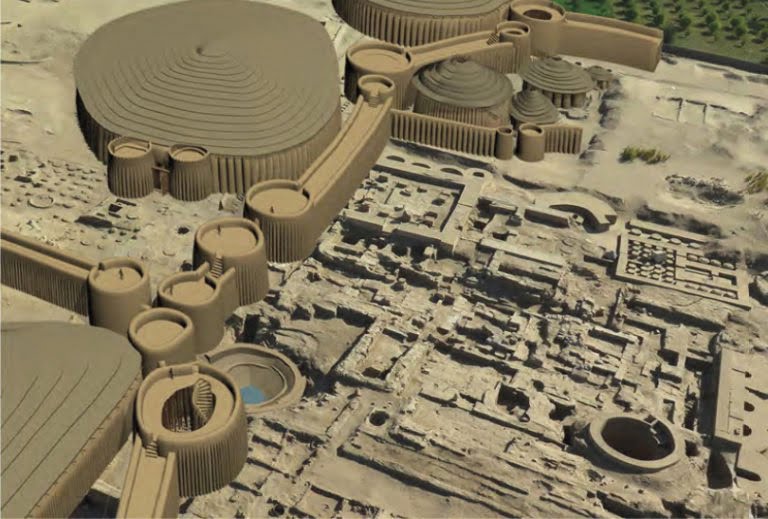 According to his interpretation, which for a long time set the tone in science, the city and culture of Kerma were just one of the nodes in the trading network of ancient Egypt.

Swiss archaeological expeditions, which, starting from 1977, regularly excavated here, were able to prove that, in fact, in this case we are talking not just about some kind of trading settlement, but about the remains of the capital of the Nubian kingdom of Kush, which is often mentioned in ancient Egyptian sources. 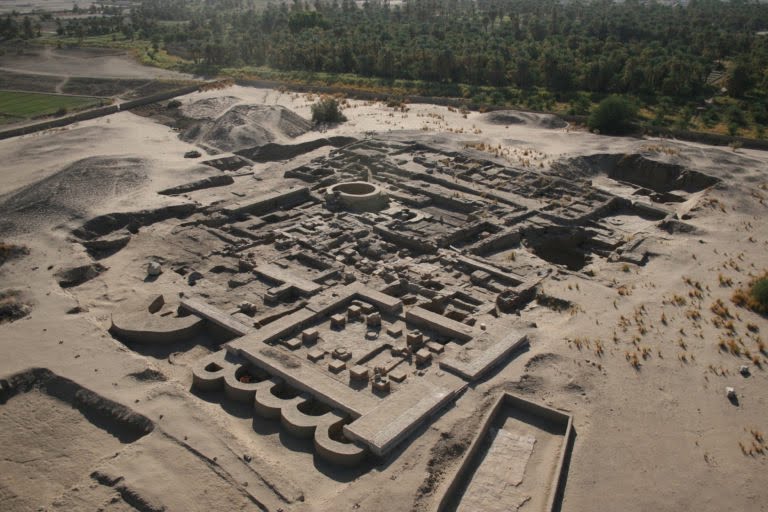 The city of Kerma was founded in 2500 BC. e., and in 1450 it was conquered by the Egyptian pharaohs of the 18th dynasty. They destroyed the city, so that at a distance of literally one kilometer from it, they would erect the sacred settlement of Dukki Gel, on the territory of which various sacred rites were held.

This is evidenced, in particular, by an unusually dense cluster of temple and palace buildings, discovered during excavations carried out in our time. 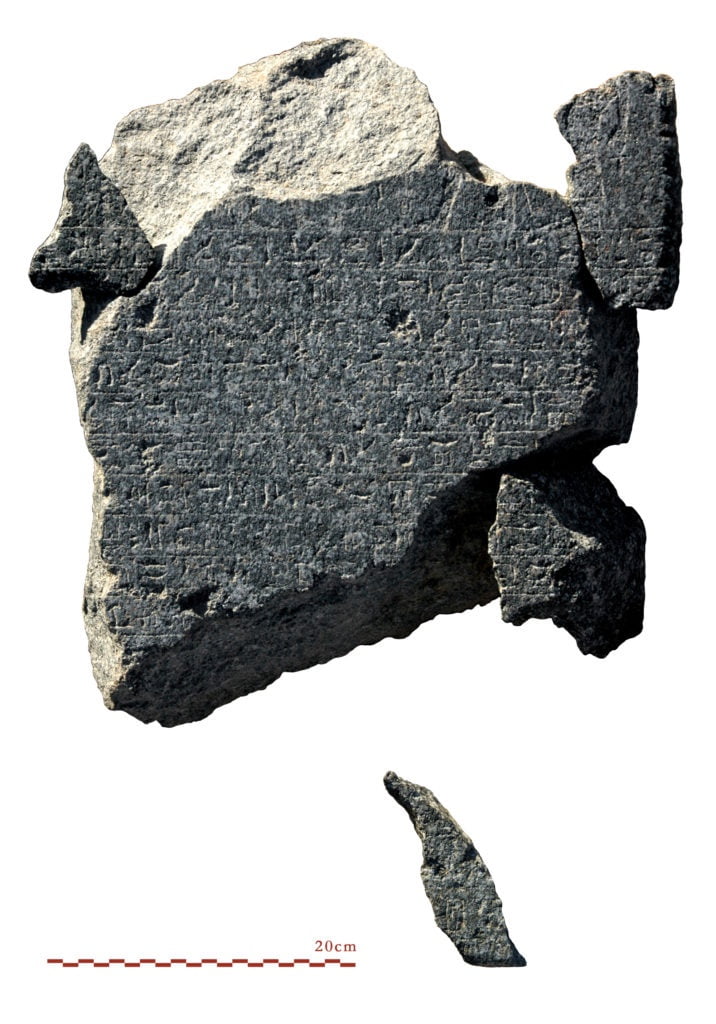 In 2002, the University of Geneva ceased to oversee the excavations of the Kerma culture and transferred all responsibility for the still incomplete scientific projects in this region to the University of Neuchâtel.

And three years ago, Charles Bonnet, on his own initiative, founded an independent scientific expedition, which included citizens of Switzerland, France and Sudan.

The main subject of her scientific interest is the site of Dukki Gel, structurally related to the Kerma culture. The archaeologists of the University of Neuchâtel, led by Professor Mathieu Honegger, concurrently the director of the latenium archaeological park-museum popular throughout Switzerland, are excavating other tracts no less interesting from the point of view of science. Charles Bonnet, who spends two or three months a year at the excavation site, willingly agrees to give us a tour of the excavation site with an area of ​​approximately 300 by 400 square meters. m. Honored archaeologist is at the same time also an experienced teacher.

He understands how important it is to popularize true science in our days, and therefore he willingly shares his knowledge with the general public, which, as a rule, consists of people who are far from archeology. 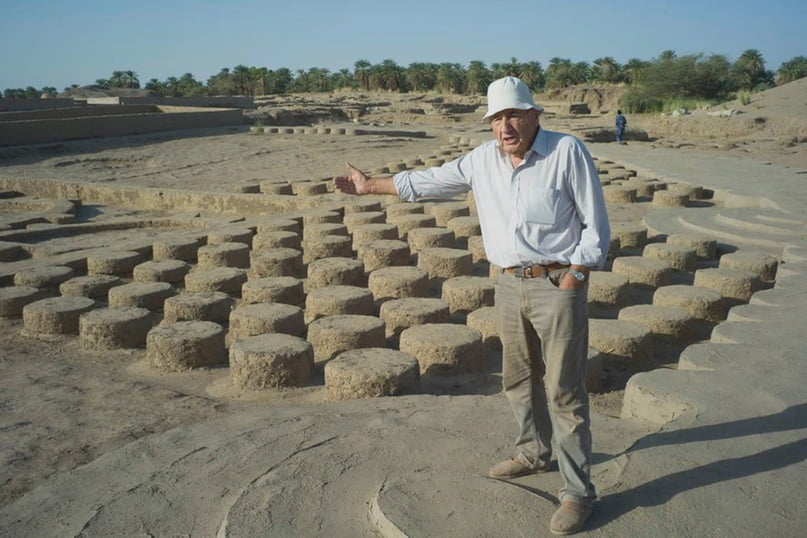 Despite his 82 years, he cheerfully climbs the walls and spoil heaps, sometimes taking a couple of minutes to explain, juggling dates and events and not forgetting to greet the workers in the local Arabic – with an admixture of a Genevan accent – dialect. 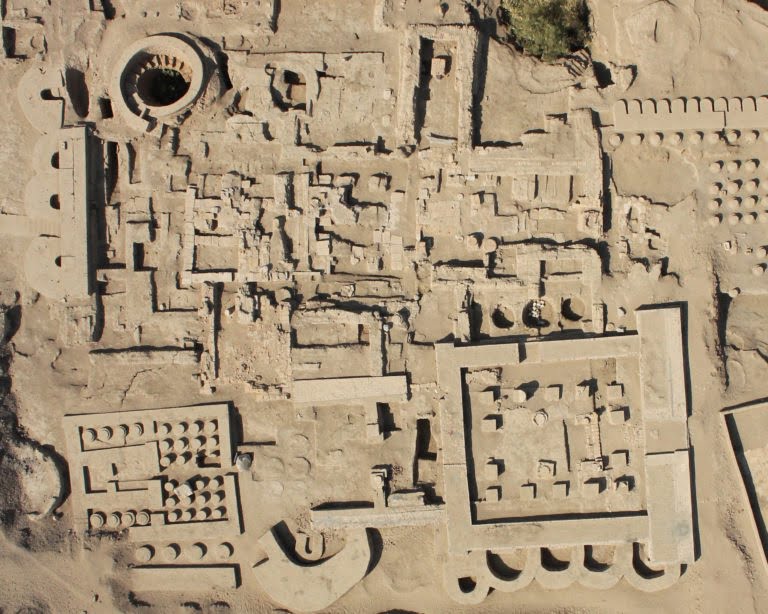 “The excavations are quite difficult,” he says. “The buildings here were made of unbaked bricks, which makes it difficult to extract the soil and the building residues lying underneath.”

At the direction of C. Bonnet, every year his expedition specially makes 120 thousand clay bricks. This is done in order to maintain the excavated buildings in proper condition and prevent their erosion.

In total, about 100 people take part in the work of the expedition. Most of them, approximately 75 people, are engaged in the actual excavations, while the rest are responsible for scientific work related, among other things, to the reconstruction and analysis of artifacts extracted from the earth.

Great assistance to the excavations is provided by specialist archaeologists and graduate students from Switzerland, France, Belgium and Sudan. The expedition is financed by the Swiss Federal Office for Cultural Affairs (Bundesamt für Kultur), the French Ministry of Foreign Affairs and the Sudanese Antiquities Office. 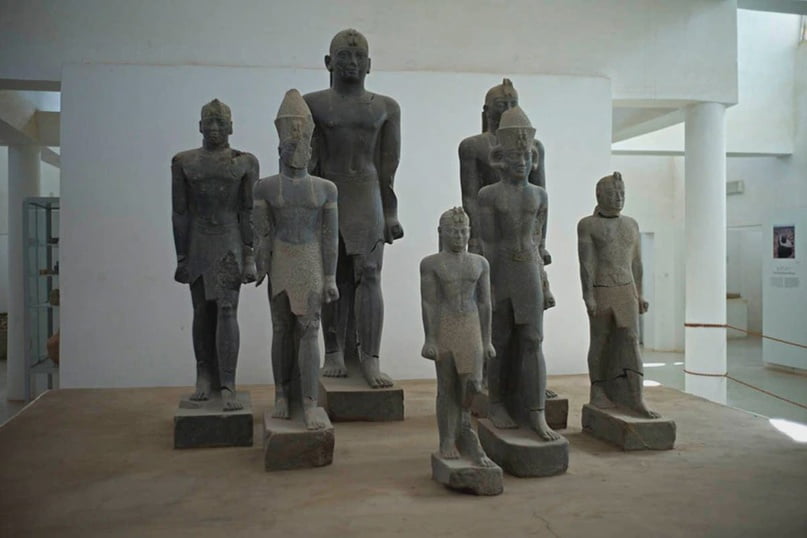 “Dukki Gel sheds a whole new light on the history of this region. We see now that the Egyptian pharaohs were expelled by the newcomers from Kerma, who received support from the south. In the period from 750 to 650 years. BC. power in Nubia and Egypt passed to the pharaohs from the regions of Kerma and Jebel Barkal, located to the south.

These were the very famous “black pharaohs”. To the greatest regret of archaeologists, the winners at that time immediately destroyed everything that had been previously built by the vanquished to the ground.

To the man in the street, the struggle for power between the Nubians and the Egyptians would say little. But for an archaeologist from Geneva, all these events retain their original freshness, as if it all happened almost yesterday.

“Surprisingly, most likely, on the basis of the Kerma culture, a real coalition against Egypt was formed, which was so well organized that it was even able to recruit supporters from very remote regions. 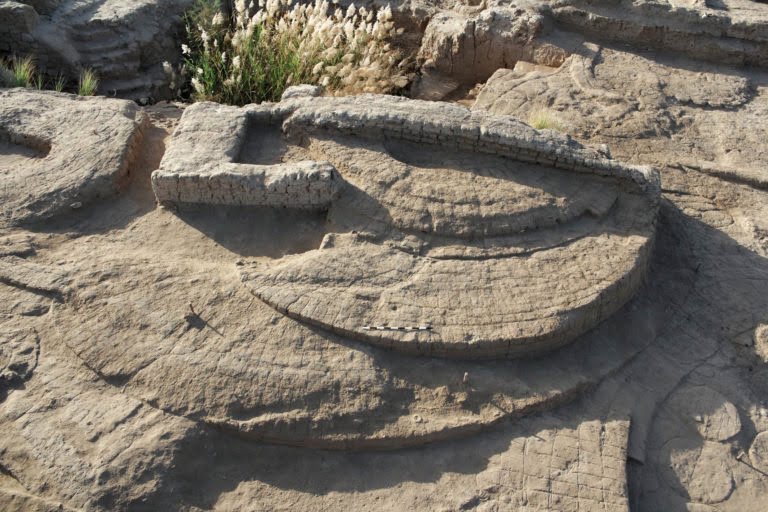 The magnificent city fortifications erected by the Egyptians in Dukki Gel, about eight meters high, consisting of two walls at once, confirm the fact that the threat from the Nubians was really very serious, ”stresses Charles Bonnet.

At the same time, Nubia was not only an influential political and military force, but also a serious trading power. She was able to organize a system that allowed her to import gold, ivory and ebony from the south and then export these riches to the north. 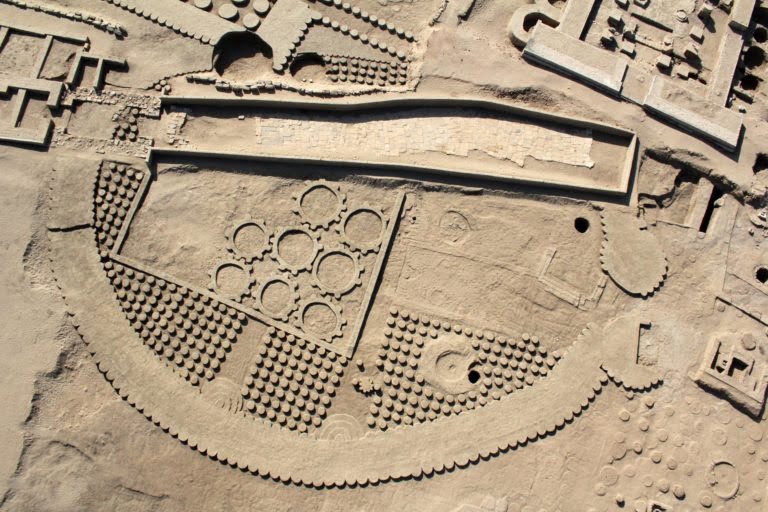 This discovery confirms the assumption put forward by Charles Bonnet that in this region, along with all the well-known events of Egyptian history, no less numerous and eventful events of a kind of “Nubian counter-history” took place in this region, in the field of which C.

Bonnet is now one of the most recognized experts. In other words, the semantic center of the ancient history of this African region should be not only Egypt, but also Nubia (Sudan) as an equal center of events. 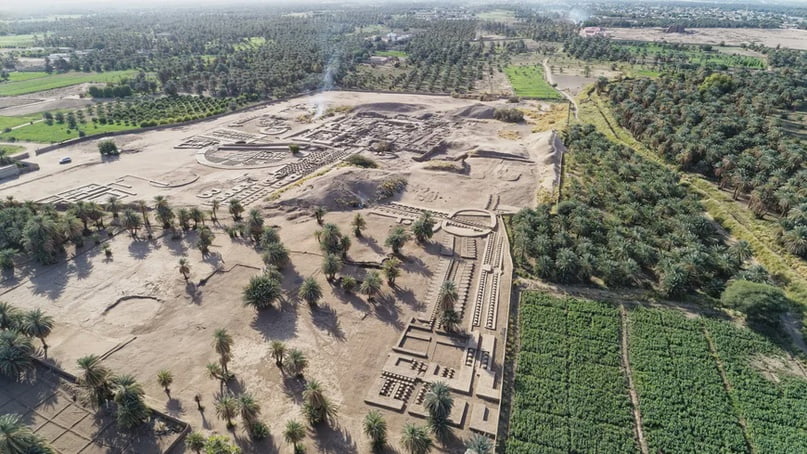 The local architecture also indicates the typically African identity of this region. So, in particular, during the excavations, the contours of a monumental Nubian oval palace measuring 45 by 55 meters were discovered.

Its roof rested on columns, the number of which reaches 1,400 pieces. “For that time, this is just a unique structure,” says the Genevan archaeologist. 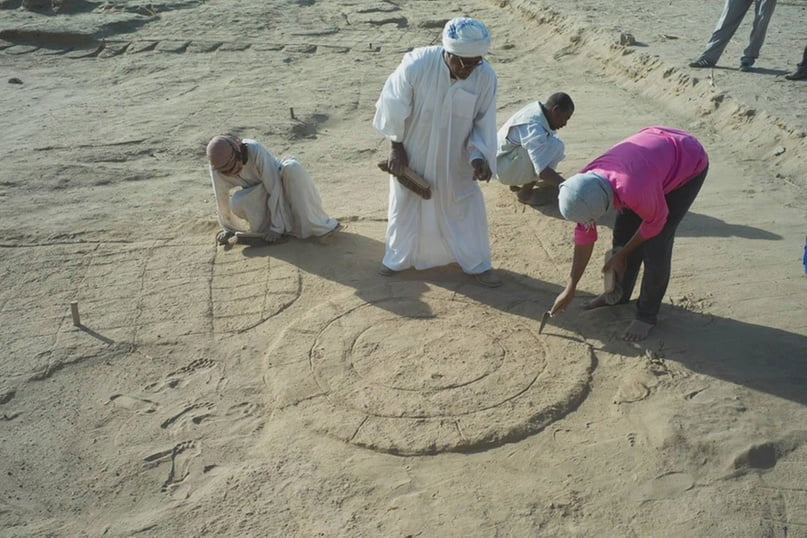 He believes that the Kerma/Dukki Gel culture was closely related to other kingdoms that existed at one time in the territory of the modern regions of Khartoum, Kordofan, Darfur and Puntland.

“But in order to scientifically confirm all these connections, it would be necessary to start excavations there already now, given that there will be enough work here for many years…”. Be that as it may, Charles Bonnet is sure that “this is a fundamental discovery for the history of Sudan.” 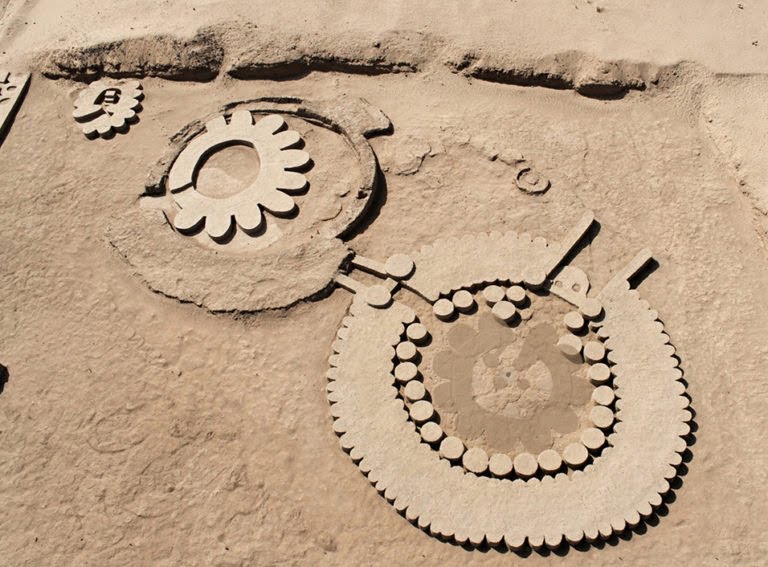 The Sudanese public, according to Charles Bonnet, has shown increasing interest in the Kerma/Dukki Gel culture in recent years.

After his last expedition at the end of January 2015, S. Bonnet made a number of reports in Khartoum, which were attended by about 1,600 people, among whom were numerous ministers of the Sudanese government and ambassadors of foreign states. 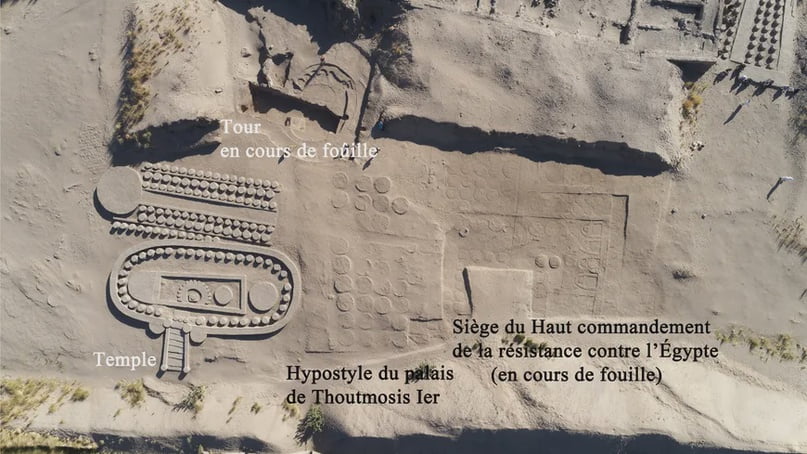 The Kerma Culture Museum, built next to the excavation site, has the same challenge. Interestingly, shortly after the opening of this museum in 2008, S. Bonnet discovered that, according to tradition, only men come here. 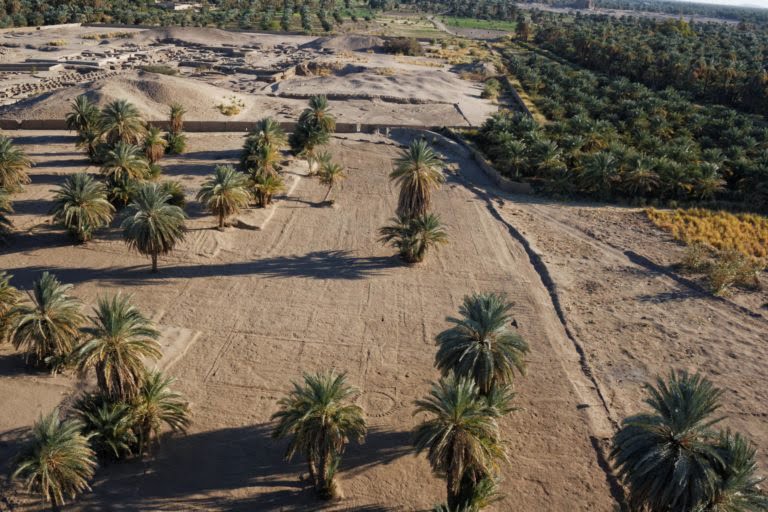 Thanks to his popularity in the region, which he gained over decades of archaeological work, the scientist was able to organize and conduct excursions only for women. Since then, the museum has become a place where various social events are held, families come here and even weddings are played. 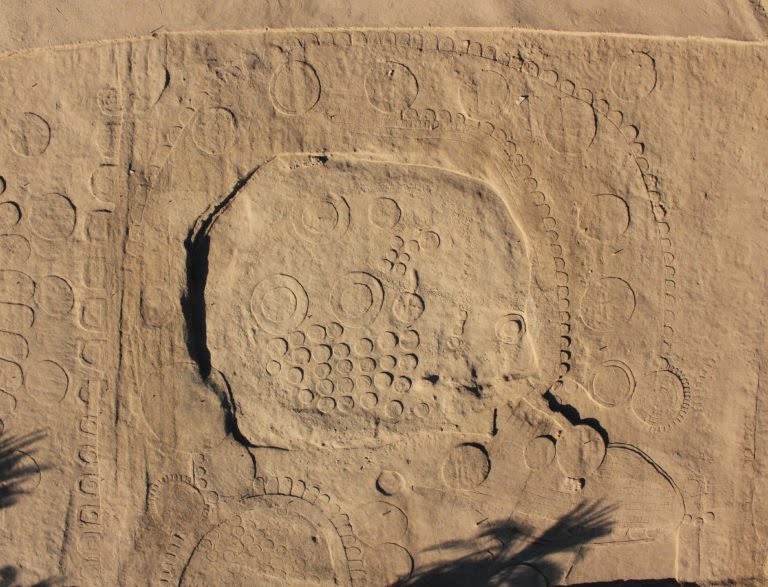 The historical region of Nubia stretches along the Nile for almost 300 kilometers between the Sudanese capital of Khartoum and the city of Aswan in Egypt. Kerma is located almost in the middle of the road and belongs to Lower Nubia, which stretches from the second Nile threshold almost to Khartoum. 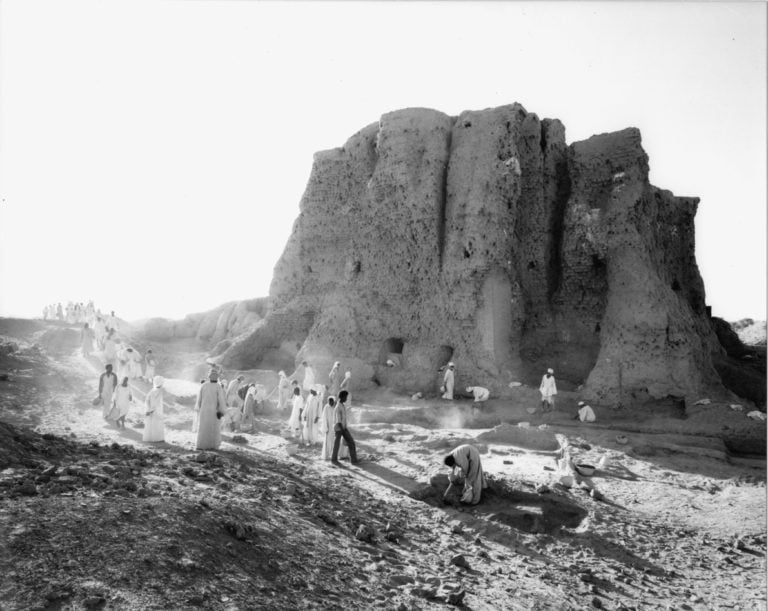 Visits to the numerous archaeological sites in Lower Nubia are only possible in groups and with an escort. This tour can take several days. Groups are organized both abroad and on the spot. Sudan as a whole is quite open to foreign tourism. The notoriety that the country owes to its political regime does not in any way extend to the hospitable population.

The culture of Kerma is one of the historical places that every tourist is obliged to visit, even if this region is one of the very remote ones, and there is by no means everything in order with the tourist infrastructure. 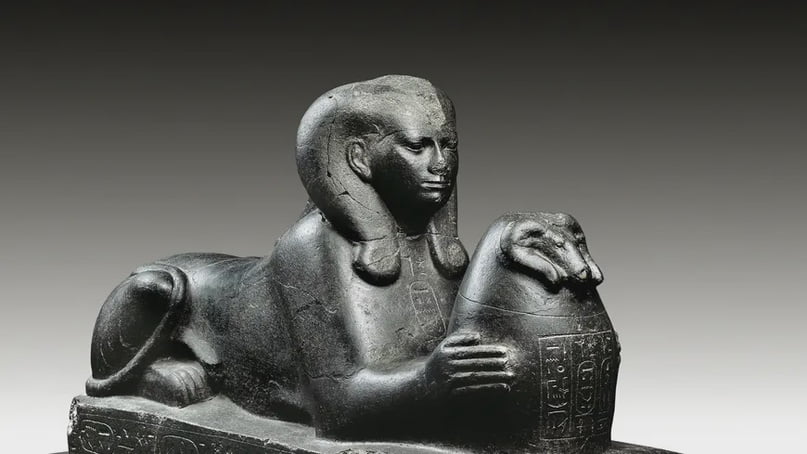 Tourists must first get to the city of Dongola (Dongola), located in the Sudanese state of Northern in the Nubian Desert on the middle reaches of the Nile. There is a large hotel built in 2011 here. Of the amenities, however, tourists can only count on a TV installed in the lobby on the ground floor and working around the clock.

From here, let it lie in the direction of the settlement Burgeg (Burgeg). Until recently, there was no tourist infrastructure at all.

But as a Genevan archaeologist tells us with a smile, a makeshift “guest house” was recently opened here, which is called who would have thought “Charles Bonnet Nubian Village”.