“It’s like the apocalypse,” says Coy. This atmospheric phenomenon will go down in history as the largest invasion of the Iberian Peninsula since the beginning of record keeping. “In the picture you see the city of Elda under a dense blanket of sand, and on the crest of the mountain – a person watching.” 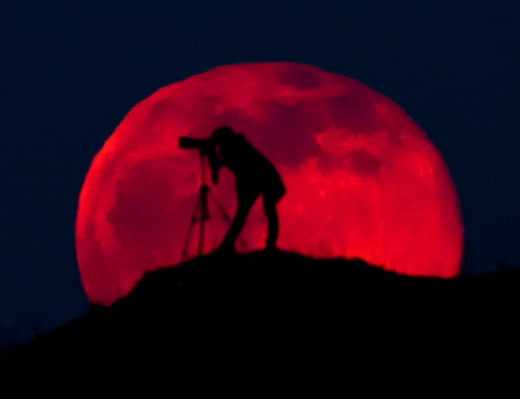 Sand dust comes from the Sahara desert in Africa. This animation by European Atmospheric Monitoring Service Copernicus shows a massive plume that swept through Spain on March 15 and then dissipated into northern Europe.

Saharan dust plumes sweep over Europe several times a year, but this week’s event is exceptional. In Spain, the air was clogged with large particulate matter (PM10). Dust has blanketed European ski slopes and glaciers, accelerating the seasonal melt, and hazy skies are reported as far north as Poland and Germany.

“While the Saharan sand cloud here in Poland is not as dense as in more southerly countries, it turned last night’s full moon a deep red,” says Marek Nicodem, who photographed the moonrise near Shubin, Poland. “It was a unique and amazing sight,” says Nikodem.

Scientists think they know what causes dust storms on Mars

Scientists think they know what causes dust storms on Mars