(ORDO NEWS) — Unlike Socrates, Plato wrote and wrote and wrote. This was a man who, on rare occasions, spoke in the first person that his theories could not be expressed in writing.

Just as internal contradiction is the key to effective drama, where we call it “conflict,” contradiction seems to be the source and foundation of philosophy.

Perhaps that is why Plato was obsessed with the daimonic, galvanic influence of one extraordinary person on the sophistic/philosophical movement, which reached its zenith in fifth-century Athens. This was a man that Plato probably knew all his life… it was none other than Socrates himself.

Athens was the birthplace of tragedy and comedy, and Plato was to be the successor of Euripides and Agathon in tragedy. But instead he fell victim to the indescribable pull of Socrates.

After that, Plato could dramatize only one person, and these, of course, were not the traditional mythical figures depicting Trojan horses. It could only be Socrates, who died for his sins. The man who, by his death, plunged Plato and his crowd into despair, was to become the focusing agent for Plato’s dramatic instinct.

Only with Socrates as a reagent for Plato did the real drama occur, and therefore the real thought could be dramatized. 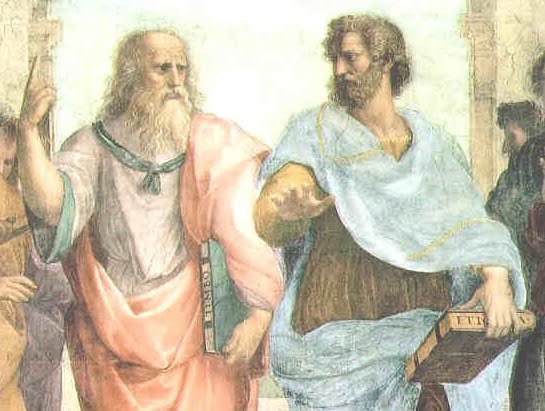 The woman was dressed in white, and καλή καὶ εὐειδής, “beautiful and slender”. She went up to Socrates and called him, saying: ‘Socrates, on the third day you would have come to fertile Phthia.’

‘A strange dream,’ says Crito, a wealthy contemporary of Socrates and a man who seems to care more about Socrates as a person than as a mentor or guru. “In my opinion, Crito, everything is quite clear,” says Socrates in response.

What is clear here? The beautiful woman is also a motherly figure who seems to know Homer’s works well.

The lines she speaks are taken directly from Achilles’ speech in his reply to Odysseus in Book IX of the Iliad:

“You will see if you want to, and if such things can excite you.

At early dawn I swim through the fish-infested Hellespont,

My own ships and the people in them ready to row;

If he gives us a fair sail, Glorious Earthshaker,

On the third day I would have reached the deeply soiled Phthia.”

Does this mean that Socrates identifies himself with Achilles? On the way to Phthia?

In a sense, Crito, by depicting a private conversation that Plato must have only imagined, seems to show the public bravado that Socrates displayed in his defense at trial. There he associated himself with Achilles, which was certainly not a winning act when he was ugly, old and irritable. Was this really a genuine fantasy of Socrates?

In the speech at the end of Crito, Socrates compares himself to Achilles in the context of not leaving his post. Socrates, like Achilles, will stick to his mission in life under fire. This is because Socrates is a minister of the Laws.

But wait… Achilles was actually fantasizing about going back to Phthia. In the form of a passive-aggressive threat, Achilles was looking forward to leaving his post.

Whatever Socrates says at the end of Crito, he was actually having a wish-fulfillment dream. He managed in a dream to express a desire to avoid the bitter humiliation that he experienced by submitting to Athens. Is this the same dishonor that seized Achilles, who capitulated to the Achaean army?

No one knows where Phthia Achilles was actually located, but Phthia was a region of Thessaly in historical times. Thessaly, of course, is the “lawless place” where Crito would like to secretly smuggle Socrates.

Does Crito understand Socrates’ desire when he hears about the dream? Is that why he ignores Socrates’ claim that the dream is lucid and insists on it? Does Socrates want to go to Thessaly?

The context suggests that the woman in Socrates’ dream corresponds to Thetis, the divine mother of Achilles.

This further suggests that we should think about the alternative ways of death that Tethys presented to Achilles in the Iliad. There is a long nameless life at home, or a short but glorious life in Troy. It is also clear: returning to Phthia for Achilles to work on the farm is a path that was not chosen.

How does it work in dream analysis? Socrates wins eternal glory (Plato is the poet to be thanked for this) by remaining at his post and obeying the Laws. Does the clarity of his dream mean it’s all a sham? That he would rather leave his ungrateful army and be taken into the arms of the slender woman who is his real mother?

According to Socrates’ own interpretation, the dream means that he is talking about the day of his death – the third day. Then Phthia becomes a kind of Hades. Is it possible that Socrates’ concept of an afterlife allowed him to fulfill both of Achilles’ fates at different times?

Perhaps Socrates understood only this aspect of the number of days. The woman is a mystery. What kind of comfort or reward is her beauty?

If you want to take in everything that is before you, do not forget about it, reflecting on the speech on the laws and on the duty of Socrates to the state that executes him. The dialogue argument only occurs when you ignore it. Plato included it.

Thus, the drama is created not by action, but by thought. To permit it is to kill it; meanwhile Socrates lives.