(ORDO NEWS) — Astronomers have noticed a large group of orphan planets: in the cloud of Ro Ophiuchus, they found 170 candidates for such lonely worlds.

Planets are born in the vicinity of young stars from the surrounding gas and dust cloud: as a rule, they remain there. However, occasionally this or that cataclysm can throw the planet out of its native system and send it on an endless lonely journey across the galaxy.

It is assumed that something similar happened once in the solar system, which has lost one of its planets. All in all, there should be billions of “orphan planets” in the Milky Way, although it is extremely difficult to notice them, because they are no longer illuminated and warmed by the light of the mother star.

Recently, however, astronomers have noticed a large group of free-flying planets in the molecular cloud Rho Ophiuchus , a giant dark nebula 420 light years away, where active star formation is taking place. According to scientists, there are only 70 to 170 orphan planets the size of Jupiter and more. They write about this in an article published in the journal Nature Astronomy .

The authors of the work analyzed the data of more than 20 years of observations carried out by a number of ground-based telescopes (VLT, VST and others), as well as the Gaia space observatory. “We measured the faint movements, colors and luminosities of tens of millions of sources over a wide area of ​​the sky,” says Núria Miret-Roig. “The data allowed us to identify the faintest objects in the area, orphan planets.”

In total, it was possible to identify about 170 candidates, of which at least 70 must be free-flying planets. It is still impossible to say more precisely, since the masses of the candidates have not been determined: scientists were guided only by the brightness of the residual radiation of the object.

And it is connected not only with its size, but also with age: a similar signal can be received from a young small orphan planet, and from an old heavy brown dwarf, belonging to a completely different type of celestial bodies. 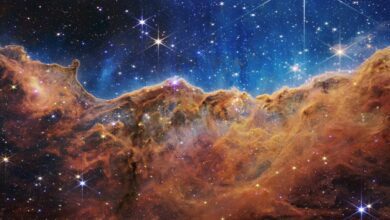