(ORDO NEWS) — Neowise is the first bright comet visible with the naked eye from the northern hemisphere since the mid-1990s.

Another thing that makes this comet interesting is that it has a relatively long orbital period, meaning it was only discovered a few months ago.

For example, Halley’s comet takes about 75 years to return to the same position near the Earth, which means that everyone has the opportunity to see it potentially twice in their lifetime.

The orbit of Neowise has a period of 6,800 years, which means the last generation of humans to see it would have lived in the fifth millennium BC.

Thus, Comet Neowise will only be visible for a few weeks while it is near perihelion (its closest approach to the Sun).

It will then spend thousands of years slowly moving towards the other end of its orbit. Its aphelion (farthest point) is estimated at 630 astronomical units (AU), with one AU being the distance between the Earth and the Sun.

At the moment, Neowise provides a fantastic opportunity for millions of people to see it in the night sky. Enjoy the view!

Where to look to see the Neowise comet.

Find a location away from city lights with unobstructed views of the sky.

Just after sunset, look under the Big Dipper in the northwestern sky.

Each night, the comet will rise higher and higher above the northwest horizon, as shown in the graph below: 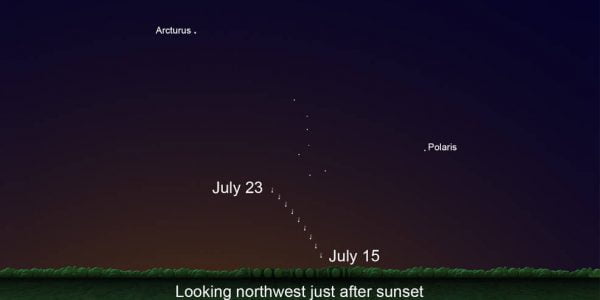 Another wild hurricane season expected in 2021

Another wild hurricane season expected in 2021 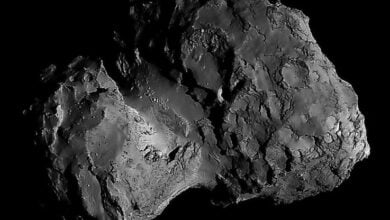