(ORDO NEWS) — A very unusual incident took place in Tralee Bay, Ireland. The man wanted to swim, but at the same time he could not calculate his own strength. As a result, the man was rescued by dolphins. At that time, the victim had been in cold water for almost 12 hours.

Reported by the Daily Mail.

The man decided to swim over 8 kilometers from the coast and right up to the cliff, but it turned out that he was not ready to perform such a feat. In addition, he was not wearing a special wetsuit that could protect his body from the icy water. As a result, the young man swam only half the way, then lost all his strength and began to simply drift in the water.

At 11 o’clock in the morning, a swimmer’s clothes were found on the shore. At that time, the man had been in the water for more than three hours. At the same time, the rescue operation began much later, at about 18:00. Rescuers used not only special boats, but also helicopters to search for the man.

After some time, rescuers noticed a fairly large flock of dolphins. At first glance, it seemed that they were circling around the seal, but in fact it turned out to be the swimmer they were looking for. Despite the fact that the man could hardly stay on the water and was very cold, he was able to raise his hand to be noticed.

Rescuers said that the dolphins swam around, but at the same time did not show any aggression towards the young man. They believe that in this way the animals wanted to either protect him, or force him to sail to a safer place. With their help, the rescuers were able to quickly find the swimmer, because otherwise everything could have ended more sadly.

The man was quickly taken out of the water and immediately sent to the hospital. No one understands how he managed to survive after 12 hours in ice water. The rescuers emphasized that in just half an hour the swimmer could not have been saved.

The largest iceberg in the world began to collapse

Wicca – the religion of witches

The largest iceberg in the world began to collapse

Wicca – the religion of witches

Some personality traits are associated with cognitive impairment later in life 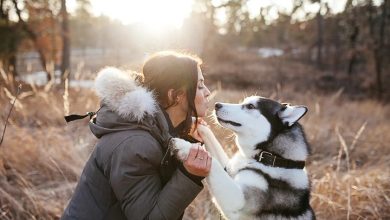 Why do people live longer than animals