US, WASHINGTON (ORDO NEWS) — The dollar generally rose against higher-risk currencies on Wednesday, as markets watched as likely to be one of the worst economic downturns in contracts with public isolation measures around the world to combat the Corona virus pandemic.

The US dollar advanced against its Australian and New Zealand counterparts, the British pound and most emerging market currencies, as new selling highlights the growing risk from the epidemic, which showed no signs of abating.

Emerging market currencies declined further, as the Mexican peso fell more than one percent to 23,960 dollars, while the South African rand tumbled 0.7 percent to 17,952 dollars. Most Asian currencies also fell.

While the dollar is a natural safe haven due to its position as a global reserve currency, investors have also scrambled to buy the yen, which is considered a safe haven, and the Japanese currency gained 0.2 percent against the dollar to 107.33 to the dollar.

The euro fell 0.2 percent to 1.1015 but rose against most other currencies as its high liquidity was a factor in times of economic tension. 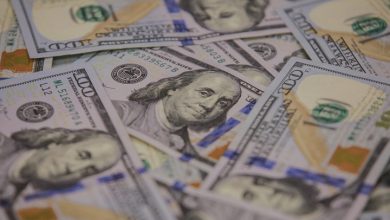 Dollar sought after in Forex as safe haven asset