(ORDO NEWS) — In the US, a scandal erupted around one of the most popular musicians – rapper Kanye West . A few days ago, all of America was talking about his divorce from Kim Kardashian. And now he has thrown new food for conversation to fellow countrymen. In an interview on a radio show, West stated that he was a fan of Adolf Hitler and generally “likes” the Nazis. Elon Musk immediately reacted to this trick, promising to remove West’s page from Twitter. And Republicans now don’t know how to disown a bipolar rap star. At one time, they promoted West into big politics as an example of support for their party among African Americans. Why West always runs into scandals and why whites applaud black fans of the Fuhrer.

Love is evil – you will love the Fuhrer

The fact that 45-year-old Kanye West is a rabid anti-Semite has long been no secret to anyone. True, the Americans argue whether this is really so or, rather, the stage image of Ye (Ye) – West performs under such a pseudonym. Be that as it may, in an evening interview for the Infowars portal, the world’s best-selling rap artist crossed all conceivable red lines, revealing his relationship with the main Nazi criminal in history.

Each person brought something good to the common table… I like Hitler. Stop running into the Nazis all the time, West said in a conversation with another one-note anti-Semite, on whom there is nowhere to put stigma, conspiracy journalist Alex Jones. 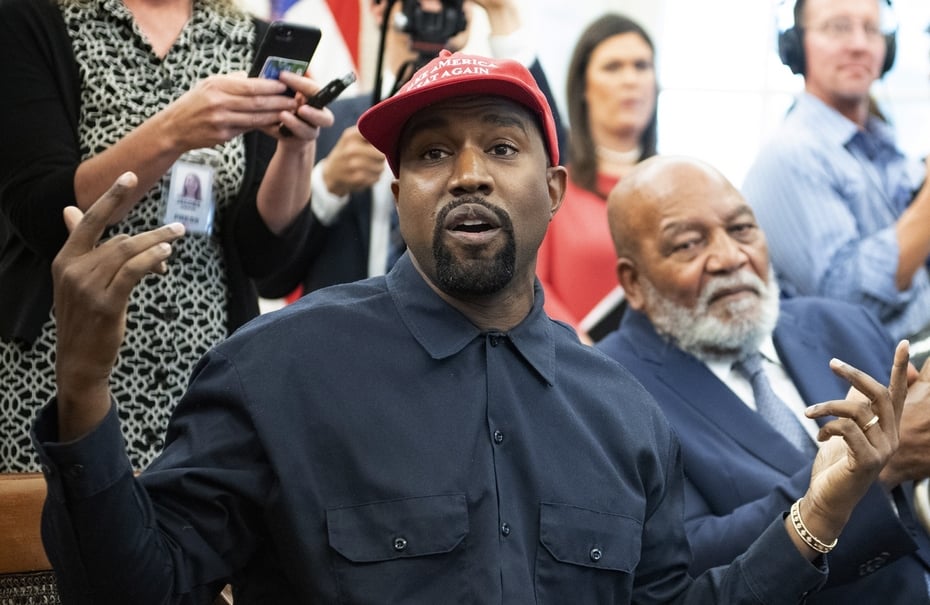 However, West’s words that he admires the Nazis confused even Jones. But once he was fined several hundred thousand dollars for provocative statements regarding the victims of the massacre in Las Vegas.

The host hurried to cool the ardor of his guest.

The Nazis were bastards and did a lot of evil,” Jones tried to protest.

But West was already carrying. From praising Hitler, the rapper switched to criticizing Israeli Prime Minister Benjamin Netanyahu. West accused the veteran Israeli politician of all mortal sins – they say, Bibi is trying to “rewrite the history books”, control the banking system, and is even supposedly ready to kill everyone who does not agree with this. At the same time, the rapper showed a clear split personality.

I love Jews. But I also love the Nazis, – Kanye West stunned the audience.

And at the same time he showed the audience the “icing on the cake” – a drawing of a Star of David with a Nazi swastika inside.

The message of black Jesus

The behavior of West, who each time makes more and more provocative statements, fits into the theory of the so-called “Overton window”. This theory states that any idea or action can be made socially acceptable if you cross the “red line” over and over again in small steps. 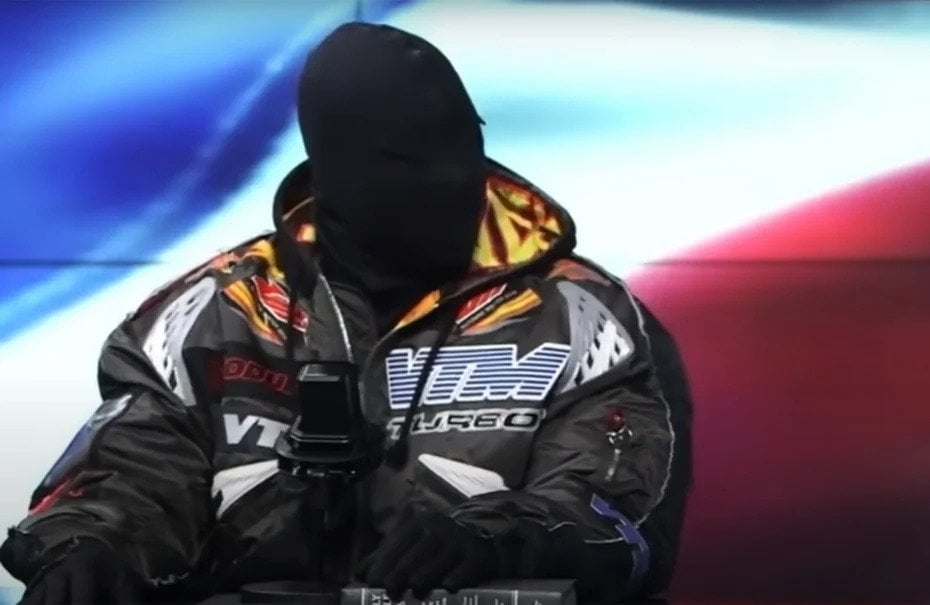 For example, in October, the singer was invited to the extremely conservative but mainstream Fox News channel. On that show , black rapper Kanye West and white broadcaster Tucker Carlson tried to outdo each other in describing the hardships of “oppressed” middle-class white Americans suffering from “reverse discrimination.”

True, the interview went on the air in the tape, and the editors cut out the most indecent anti-Semitic stuffing made by West. For example, Ye accused fellow music scene rapper Diddy of being “under the control of Jews” who post on social media in his name. Yeh also made lengthy (and bizarre) claims that Jews were “planting” some “fake children” into his house to control the behavior of his own offspring. What this means – no one understood and did not dare to ask again.

The manner in which West said all this suggested that someone was “controlling” him. But this question should have been redirected to professional psychiatrists, who officially diagnosed West with bipolar syndrome in 2018.

Ye explained his painful anti-Semite phobia by the fact that Jesus Christ “crucified by the Jews” was black.

This is a well-known fact, – Kanye poured revelations. – As a true Christian, I cannot have good feelings for the Jews.

Such opuses obviously spoiled the idea of ​​Fox News to present the guest as a sane citizen, a black American who achieved commercial success with his talent. His example was intended to confirm the effectiveness of the social policy of the Republicans. However, you cannot hide an awl in a bag. One of the editors leaked the full version of the interview to Vice News. West’s bizarre, bordering on mental illness fixation on the “Jewish question” was leaked to the air. 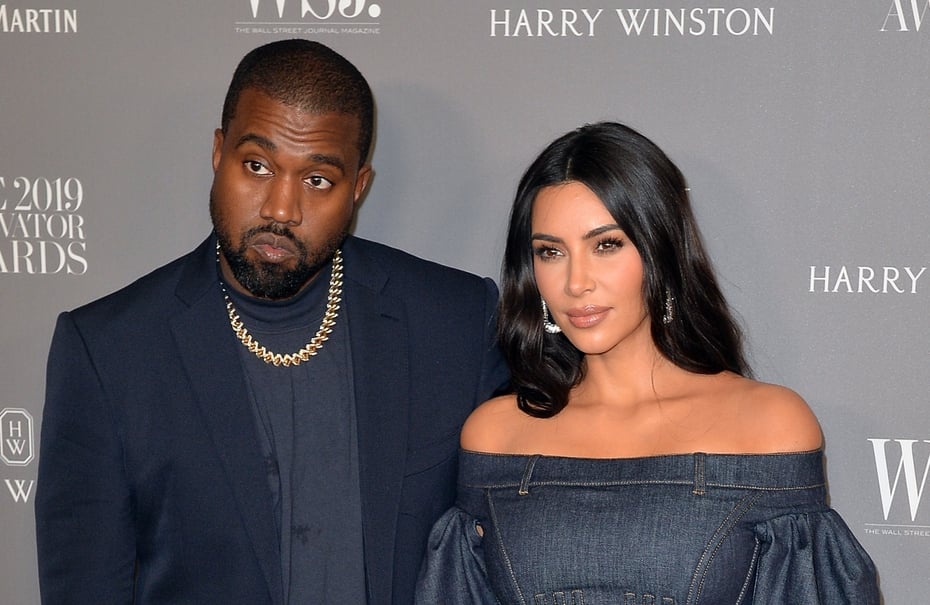 And at the same time, the details of his relationship with actress Kim Kardashian surfaced. Allegedly, one of the reasons for their discord was Kim’s “too close relationship” with the Clinton Democrat family, which Kanye did not suspect before his marriage. As you know, the divorce proceedings have recently come to an end, and now the rapper is obliged to pay the mother of his four children $ 200 thousand a month.

Fell out the window

This time, West crossed all the red lines, flying out of the “Overton window”. His recent interview caused an explosion of indignation from all sides. For example, the rapper’s statements were condemned by the Israeli Embassy in the United States, the Jewish Council of Democratic Party supporters, the Republican Jewish Coalition. Ye managed to do the incredible: to rally implacable political opponents against himself.

Kanye West’s latest escapades have put Donald Trump in a very awkward position as well. More recently, the Republican has not ruled out rehiring the singer as his ambassador to black voters in the 2024 presidential election. The rapper has already acted as a PR man for Trump during his first election campaign. 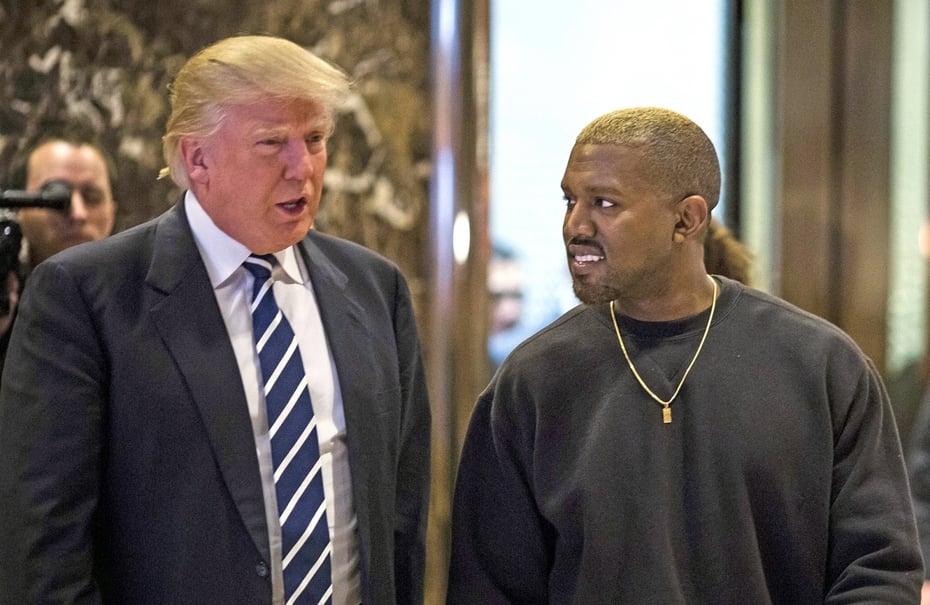 In late November, the Republican hosted a private dinner at his Mar-a-Lago estate for Kanye West and prominent white racist Holocaust denier Nick Fuentes. Trump has been friends with them since 2018. The black anti-Semite and white racist found a warm welcome right in the Oval Office when Trump worked there. West came to the White House wearing a red cap with the Trumpist slogan “Make America Great Again.”

West is now a Trojan horse for the Republican. And yet, experts emphasize that Trump could not have been unaware of the beliefs of the black rapper and white racist. So why shouldn’t Ye and Fuentes throw out “sickening” statements (in the words of Israeli Ambassador Michael Herzog), if they were tacitly – and not even tacitly – approved by the 45th President of the United States himself? 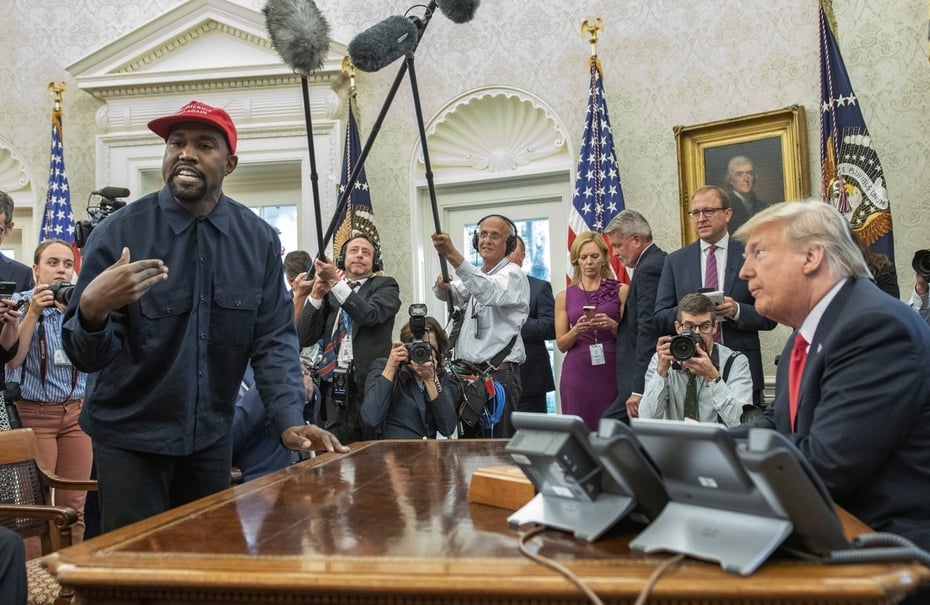 After their last interview, it will be hard for Republicans to explain to voters, including blacks (not to mention Jews), how their potential presidential candidate can shake hands with such odious figures that they almost raise in a Nazi salute.

The Jewish Republicans were the first to distance themselves from the anti-Semites. They condemned the statements of “a disgusting triumvirate (West, Fuentes and presenter) of conspiracy theorists, Holocaust deniers and anti-Semites.” The announcement was made in real time, even before the radio interview was over.

We strongly condemn hate speech and call on all political leaders to do the same – send them to where they belong: in the wastebasket of history. Those conservatives who erroneously supported Kanye West should state bluntly: he has become a handshake. That’s enough! — demanded in RJC. 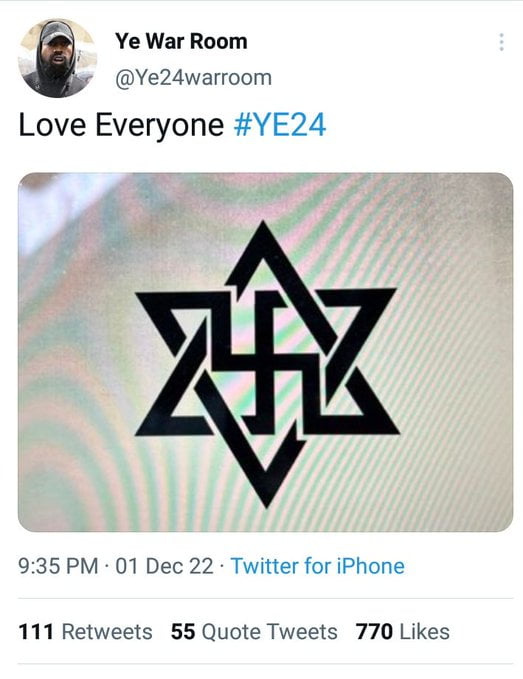 At the same time, the Republican-dominated Twitter page of the U.S. Congressional Judiciary Committee disappeared from a post that called the “nauseous trio” “an important part of the right wing of the American political spectrum.” This tweet has been up since October.

I tried to reason with him. But he again violated our rule about the inadmissibility of calls for violence , the owner of the social network informed.

So, Ye has only been on Twitter for ten days since November 21st. Previously, his account was also banned, and all for the same anti-Semitic tweets.