(ORDO NEWS) — Take the same graphene: there is a version that this accidental discovery will not only change the whole world, but literally turn it upside down.

“It was a dog, huge, pitch black. But none of us mortals had ever seen such a dog.

Flames shot out of its open mouth, sparks flew out of its eyes, flickering fire poured over its muzzle and nape,” wrote Arthur Conan Doyle in “The Hound of the Baskervilles”.

Few people know, but Arthur Conan Doyle wrote these lines only thanks to medieval alchemists and their search for the philosopher’s stone.

In 1669, an alchemist from Hamburg, Henning Brandt, decided to get a philosopher’s stone from … urine. Brandt’s calculation was simple – the liquid is golden in color, which means it contains either gold or something that this gold can create.

You just need to turn the liquid into a solid – simply evaporate it. After lengthy experiments, the alchemist managed to obtain a wax-like substance that glowed in the dark. It was phosphorus.

Humanity still does not have a philosopher’s stone, but there are energy-saving lamps, fertilizers, explosives and matches. And this is far from the only example of brilliant inventions that at first seemed to be just a by-product of research or the result of a bad experience.

The unique substance graphene is the material of the future

At first glance, this is an ordinary car. And in fact – a real auto revolution. The Chinese company first showed its electric car model to the public in 2021. And amazed by the numbers.

A crossover with an electric motor charges in minutes! From 0 to 80 percent charge, the batteries take just 16 minutes. For a more expensive modification, this figure is two times less. You won’t be able to drink coffee.

And the power reserve on a single charge is from five hundred to a thousand kilometers, depending on the model.

The secret of such indicators is in special batteries. Graphene. This unique substance is considered the main material of the future – something that will change the world.

“Graphene is just a monolayer of carbon atoms. That is, graphite consists of many layers of graphene, and if you split off one such monolayer, you get just graphene.

Such a material that is one carbon atom thick and can reach some macroscopic dimensions, millimeters “.

A square meter of graphene weighs less than one milligram, and yet can support an object weighing about five kilograms. But the main advantage of graphene is its unique thermal and electrical conductivity.

“The atoms in this material are very small, and the interatomic space in graphene is very large. Therefore, the particles can move very quickly.

Such properties are ideal for the production of batteries and supercapacitors with high energy density, which retain these properties even in the extreme conditions of space “, – said Yi Lin, an employee of the US National Aerospace Institute.

“Diamond from the garbage”: the accidental discovery of graphene

It is hard to believe, but at the beginning of this century no one heard of him. The best minds of the world did not even suspect the existence of a material with such unique properties. Found it by accident. And literally in the trash. 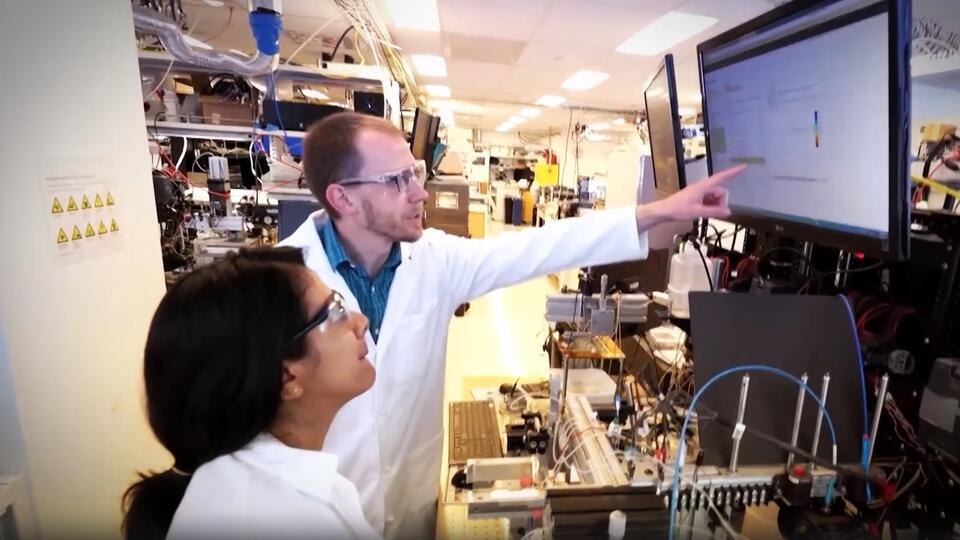 Game did what many people did before them – they prepared an atomically smooth surface of graphite for measurements with an electron microscope. This method was well known – the surface is cleaned with adhesive tape. It’s just that other people threw this tape into the trash.

After careful study, physicists found out that the adhesive tape removed a film one atom thick from graphite. It was graphene. And there are many similar accidents that have changed the world in history.

“Space” technologies that are used on Earth

“Space side effect” on the form of athletes

Since 1976, the American space agency NASA has been publishing a list of so-called assistive technologies. In fact, this is a list of inventions that were invented for space, but they found their main application on Earth. 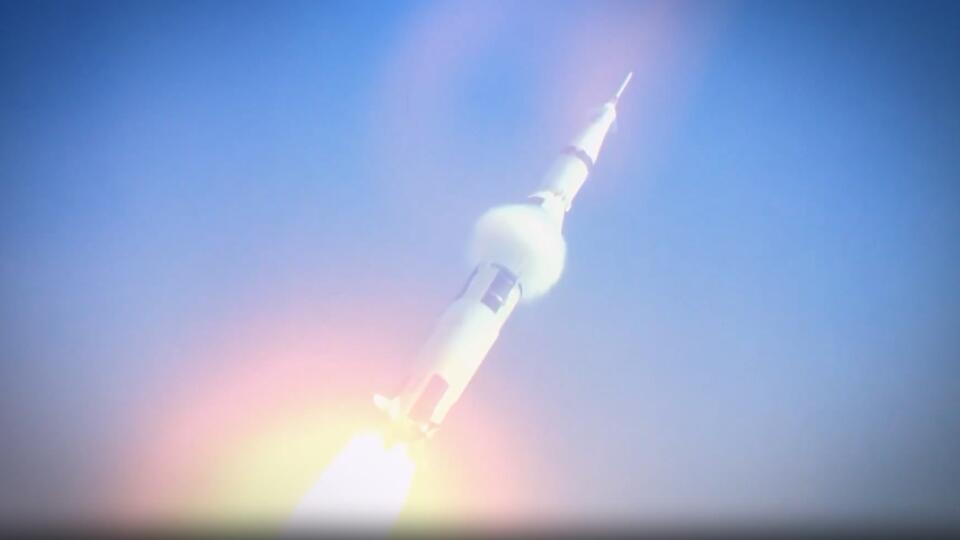 13 world records in swimming, and all in one Olympics. In 2008, this is how the so-called “space side effect” manifested itself. All athletes were dressed in bathing suits made from a material designed for space flights. The new form was so effective that it was even called technical doping and banned in 2015.

What a car and a Martian rover have in common: Borrowing tires

Drift or controlled skidding – this technique of cornering at high speed turned out to be so spectacular that it even became a separate type of sports competition.

And these are archival footage of 1976 – for the first time in history, a spacecraft, Viking-1, was able to land on the surface of Mars. Do you know what a terrestrial car and a Martian rover have in common? Slings!

The flight of the Viking lasted 10 months, but the last minutes were the most dangerous. From a strong impact on the surface, an expensive apparatus could fall apart and bury years of work and millions of dollars.

A parachute could save the mission. But where can you get lines that are light, yet strong enough to withstand heavy weights and incredible temperature changes? The solution was proposed by one of the American companies.

“Despite the fact that nylon and nylon itself were invented long before, DuPont managed to create just such a combination of fibers to achieve high strength, which allowed the use of slings, just three slings to hold a large load returning from space”. 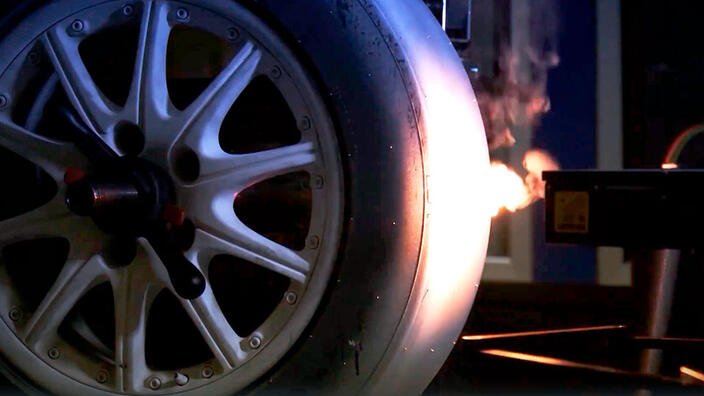 What’s good for Mars is good for Earth. This is how tire manufacturers decided and borrowed the technology. The space material was slightly changed and used as one of the layers of the tire – the cord.

Threads were laid radially. All these innovations have led to the fact that the mileage of each tire has increased by 16 thousand kilometers.

“In reality, radial tires are better, they last longer. They are more comfortable, softer, safer.

The performance in terms of braking distance, dynamics, and handling has improved, and this helped save customers”.

But all these space technologies were not mistakes. It’s just that their creators did not initially think that they could be used not only for their intended purpose. But the next invention is the result of a fantastic calculation error.

How to destroy a building with textile paint

Just 10 seconds – and the 144-story building turns into a pile of rubble. For this, 915 kilograms of explosives and 3,000 detonators were placed in it. Thus, in Abu Dhabi, more than one skyscraper was demolished.

And all over the world, such technology is used everywhere. What is surprising here? And here’s what – a huge building from the face of the earth, in fact, erased with textile paint. 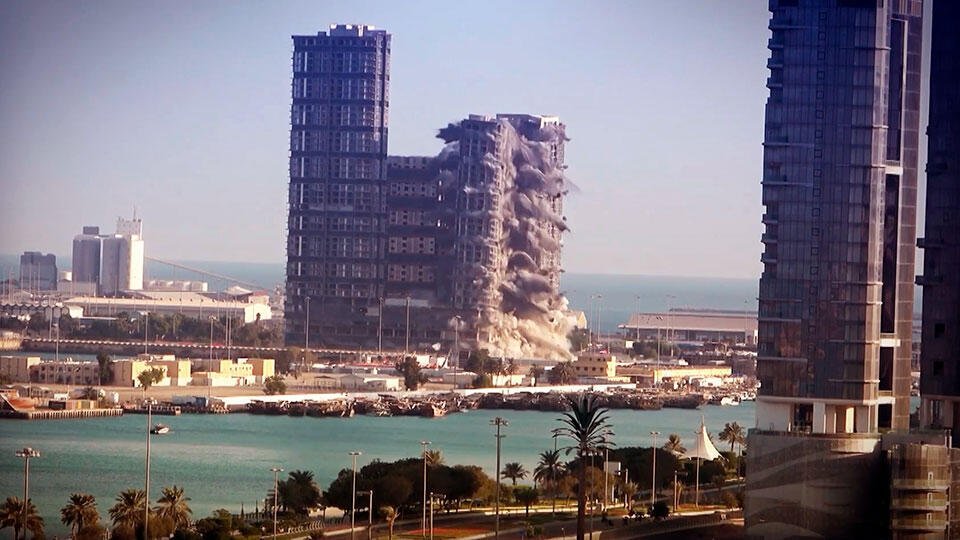 “The full name of this substance, trinitrotoluene, was obtained back in the century before last, when organic chemists were intensively searching for new dyes.

And in search of paint, and preferably yellow, ( then for some reason there was such a shortage of yellow paint) nitration of toluene with nitric acid. This is a substance that is obtained from oil.

The experiment was quite successful. The paint was used in production. For almost thirty years, yellow crystals were considered safe. After all, the substance calmly endured shaking during transportation, strong blows and even fire.

Only in 1891, another German physicist found out: if something is blown up next to the dye bags, they will detonate. So the weavers said goodbye to the yellow dye, and the miners and the military received a new explosive of incredible power.

Will a perpetual motion machine be invented

It is quite possible that even now we use substances whose properties we do not know. And only chance will help us to open them. Take the same graphene. There is a version that this accidental discovery will not only change the whole world, but literally turn it upside down.

According to some studies, the thinnest film is able not only to store, but to generate electricity. This discovery was made by scientists from the University of Arkansas when they studied the Brownian motion of particles of material. 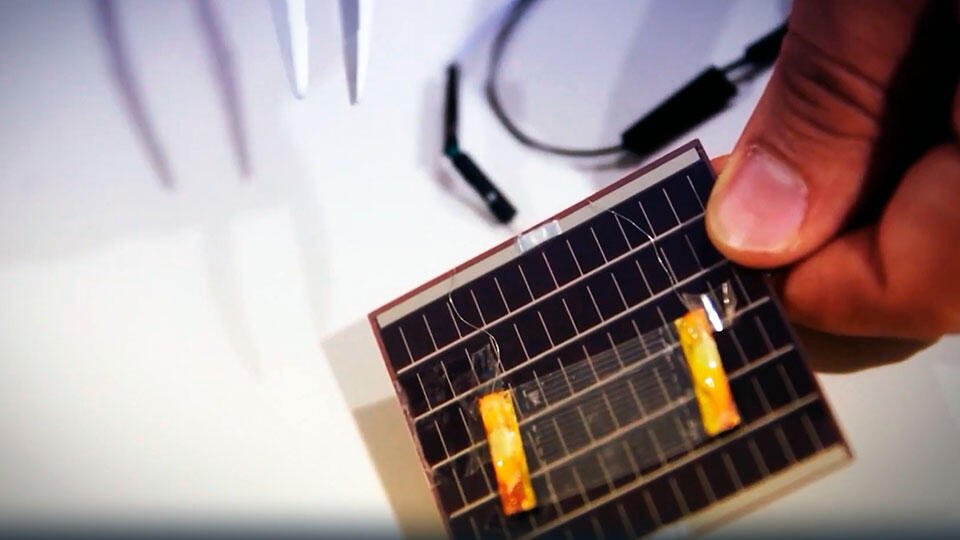 “It turned out that with the help of some rather simple circuit, which includes two diodes and an output resistance, they were able to show that heat is released on this resistance.

Thus, it turns out that we seem to convert thermal energy into electricity”.

According to the experimenters, their discovery will help create small chips and sensors that do not need external energy sources to work. Do you understand what it looks like? On the same perpetual motion machine, which scientists have dreamed of inventing for hundreds of years.