(ORDO NEWS) — Here is the first ever direct image of another planetary system, 300 light-years away from the solar system . The central figure of the system is the sun-like star TYC 8998-760-1, which is a mere 17 million years old.

The image was taken on July 22, 2020 by the Very Large Telescope (VLT), which is part of the European Southern Observatory (ESP). 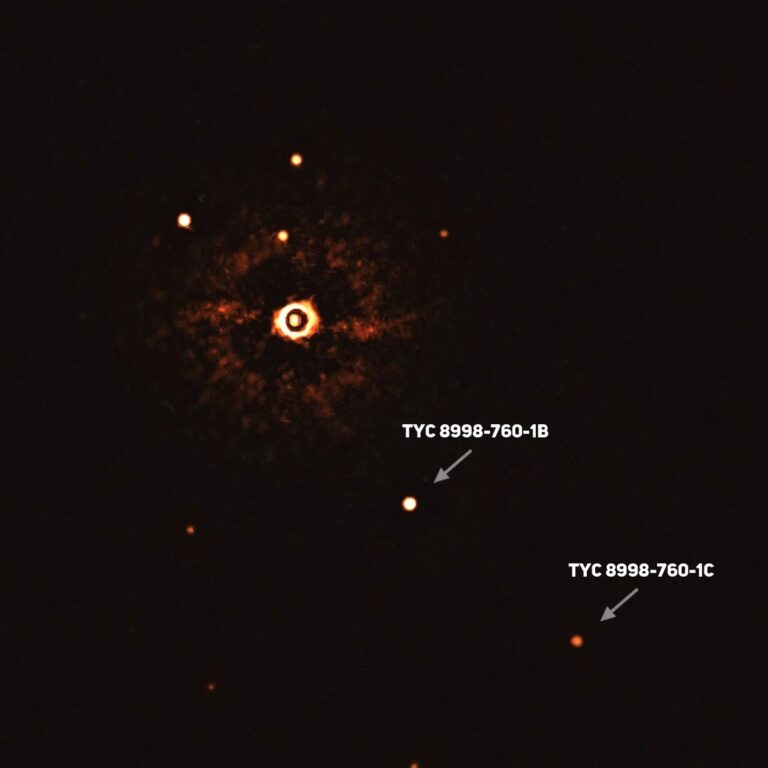 To directly observe the planets, astronomers blocked the light of a star (in the upper left corner) with a coronagraph, which allowed them to focus on capturing the dim light reflected from objects in orbit. The light and dark rings that we see in the image of a star are artifacts of optics.

What do we know about these planets?

Are any of these exoplanets habitable? This is unlikely, given that we face gas giants without a solid surface. In addition, the conditions prevailing in their bowels are even more severe than in the bowels of Jupiter.

The discovery and observation of the TYC 8998-760-1 system makes it clear that less than two tens of millions of years are enough to form massive planets and stabilize the system, which is quite a bit by cosmic standards.

It turns out that early estimates of the formation rate of the planets in the solar system were generally correct.