(ORDO NEWS) — American paleontologists have discovered the ability of Spinosaurus to dive and swim.

For a long time it was believed that dinosaurs were terrestrial creatures that mostly stayed away from water.

The latest discovery in 2014 of a spinosaurus with features that indicated an aquatic lifestyle retracted nostrils, short hind legs, a fin-like tail, and paddle-like legs challenged this view.

However, paleontologists wondered if some dinosaurs could actually be in the water, or if they simply stood in shallow water and lowered their heads to chase prey, like a heron.

In an attempt to answer this question, the research team studied 380 bones belonging to 250 animals, including living and extinct species: marine and flying reptiles, as well as mammals, lizards, crocodiles and birds.

“There are certain laws that apply to every organism on this planet. One of those laws is about density and the ability to submerge in water,” said Matteo Fabbri, a researcher at the Field Museum in Chicago.

Bone density can be used as evidence of adaptation to aquatic life, the study says, as even aquatic animals that are not well shaped for aquatic lifestyles, such as the hippopotamus, have very dense bones.

The researchers found that Spinosaurus – a family of carnivorous dinosaurs – which were up to 15 meters long (larger than a Tyrannosaurus rex) – had dense bones, suggesting they were adapted to life in the water.

None of the other 39 dinosaurs the research team examined as part of the study likely felt at ease in the water, the scientists said. 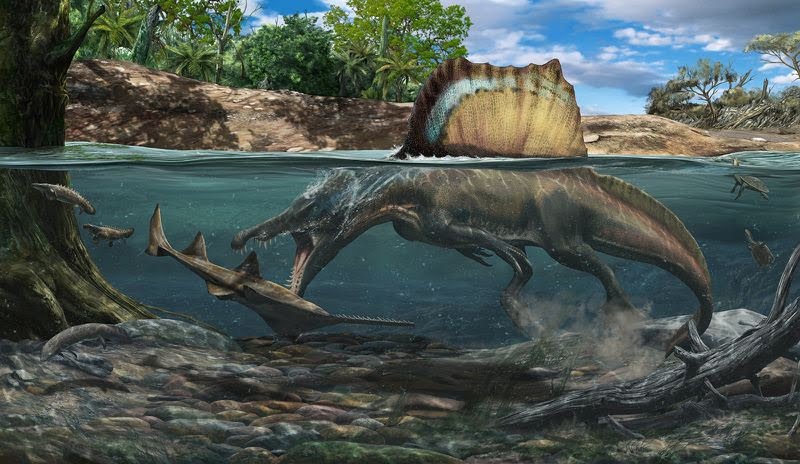 The scientists concluded that Spinosaurus, which has a distinctive sailing feature on its spine, and its close relative Baryonyx had increased bone density and could swim and hunt underwater like a crocodile or hippopotamus.

Suchomimus, another related dinosaur, had lighter bones that would have made swimming difficult. It probably lived on water and ate fish, as evidenced by its crocodile-like snout and conical teeth, but based on its bone density, it didn’t actually swim, the study found.

Thomas Holtz of the University of Maryland said the study confirmed that the ancestors of Spinosaurus and Baryonyx spent enough time in the water to develop ballast and provide stability in the form of dense bones.

However, studies of Spinosaurus have shown that it most likely struck its prey from above, perhaps from the shore or while swimming on the surface of the water, rather than diving to depth. 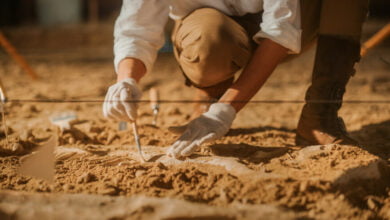