(ORDO NEWS) — The tail of a dinosaur sticking out of a Canadian hill has alarmed paleontologists that what’s inside is no ordinary fossil.

Every year, thousands of volunteers join paleontological digs in the hope of finding a new species of dinosaur. While at the Alberta Dinosaur Provincial Park, paleontologist Teri Caskey noticed bones sticking out of a hillside.

This appears to be part of a perfectly preserved specimen, possibly one of the most intact hadrosaurs ever found. Now the slow work of extracting it has begun.

The Provincial Dinosaur Park is so rich in fossils dating from 77-75 million years ago that Dr. Brian Pickles from the University of Reading (UK) and Dr. Phil Bell from the Australian University of New England (UNE) planned to return here with students to excavate in 2019.

However, the pandemic put their plans on hold, but work resumed in 2021 and Caskey accompanied Pickles to identify locations where archaeologists could begin excavations.

The protruding bones found at first glance may seem like another rich fossil find from the park, but it has features that make the team suspect they have something special in their hands.

The remains represent the tail and right leg of a hadrosaur. This is not unusual. Hadrosaurs were platypus zebras of the Cretaceous period of North America, very numerous and hunted by rarer predators. Their fossils are common, but this specimen is probably special. 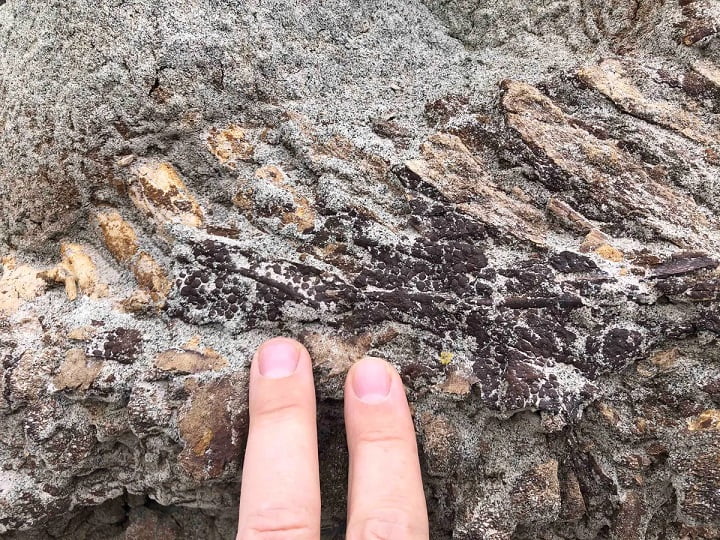 Most of the dinosaur was preserved inside the rock . Perhaps a whole skeleton with a skull. Moreover, part of the skin was preserved along with the bones.

It looks like it was cast from metal, but that part is just eroded. There are probably large areas of skin in good condition inside, perhaps even from the head.

Travel restrictions have now been lifted, and students from Reading and graduate students from UNE are now mapping the surface of the rock and starting to excavate.

Now paleontologists are most interested in whether the skull was preserved in the rock in order to further find out what kind of hadrosaurs it belongs to.

“This is a very exciting discovery and we hope to complete the excavation within the next two field seasons,” Pickles said.

Scientists told who the coronavirus threatens the most

Scientists told who the coronavirus threatens the most