(ORDO NEWS) — Tied to the end of the Mayan calendar, various rumors regarding the existence of our world after 2012 were initially implausible.

One of the popular contenders for this theory was Nibiru, a proposed planet that some have claimed will collide with Earth in late 2018. But despite the noise, there is no scientific evidence to support the existence of the supposed planet – and of course, our planet survived in 2012 without any mythical exposure to the Mayan calendar.

Nibiru is often associated with NASA. Various bloggers who do not have knowledge of astronomy have been and are doing this. Because of these claimed connections, space agency officials released statements that no large planet would “come in” to destroy the earth in 2012.

The Origin of the Nibiru Myth

The story began in 1976 when Zecharia Sitchin (an American writer) wrote the book The Twelfth Planet, which used his own unique translation of Sumerian cuneiform to identify a planet called Nibiru orbiting the Sun every 3600 years.

A few years later, Nancy Lieder, a self-described psychic, announced that the aliens she claimed had warned her that this planet would hit the earth in 2003. After a year of “collisions”, the date was moved to 2012, where it was associated with the end of the Mayan calendar.

When Comet Elenin (C/2010 X1) appeared in 2011, many were concerned that this was the hidden, mysterious planet, despite the fact that planets and comets are unrecognizable even when looking through a telescope. (A comet has a coma and a tail, while a planet doesn’t.)

But instead of crashing into the earth, the comet got too close to the sun and was blown to pieces. The remaining fragments will continue on their way to the outer edge of the solar system over the next 12,000 years, but they are still pieces of a comet, not a planet.

A planet with such an eccentric orbit that it took 3,600 years to orbit the Sun would create instability within our 4.5 billion solar system. After a few laps, its gravity would have significantly disrupted the orbits of other planets.

The simplest and most verifiable piece of evidence against the existence of a planet is very simple: according to the available information, a planet with a 3,600-year orbit that was supposed to collide with the Earth in 2012 should have been visible to the naked eye.

Easily done calculations show that, by April 2012, it would be brighter than the faintest stars and nearly as bright as Mars at its darkest point in its orbit. This would make the planet visible to astronomers everywhere.

There are hundreds of thousands of amateur astronomers around the world, many of whom own their own telescopes. In addition, most of the thousands of professional astronomers are not affiliated with the government, but with private universities. Therefore, there is no one to hide information and no reason.

Astronomer David Morrison noted in 2012 that “NASA and the government get most of their information from amateur astronomers, not the other way around.”

Among amateur and professional astronomers, there are many people who would notice a new “star” in the sky.

Doomsday reports all over the internet often inspire fear, but it’s interesting to note that they are nothing new. People have been discussing the end of the world for hundreds of years.

Rumors spread like wildfire, especially on the internet, but the same technology could make understanding information easier than ever. To do this, it is enough to delve into the scientific evidence about such events.

Despite all of the above, there may actually be a large, undiscovered world lurking in the dark, cold depths of the outer solar system.

Evidence for the existence of this hypothetical “Planet Nine” has been under study for the past few years by astronomers such as Mike Brown, Konstantin Batygin, Chad Trujillo and Scott Sheppard. Their best confirmations say that there is an invisible “perturbation” very far from the Sun.

Calculations show that this planet can be about 10 times more massive than the Earth and orbit 600 times farther from the sun than our planet. Astronomers around the world are scouring the skies with powerful telescopes in an attempt to capture the ninth planet visually.

Finally, Brown and Batygin dubbed the proposed world “Planet Nine” because, if discovered, it would “replace” Pluto as the ninth planet in the solar system.

(The International Astronomical Union reclassified Pluto as a dwarf planet in 2006, you probably remember.) But some researchers (and there are many) still consider Pluto to be the ninth planet, and therefore use the term “Planet X” (Planet X) as a name this mysterious object.

This can be confusing because “planet X” was also the term used for the planet once thought to be responsible for the alleged oddities in the orbits of Uranus and Neptune.

American astronomer Percival Lowell came up with this theory and he hunted Planet X in the early 20th century. (Clyde Tombaugh, who discovered Pluto in 1930, did not test Lowell’s hypothesis because Pluto is not big enough to shove Uranus and Neptune into its orbits, as Lowell imagined.)

In any case, Planet Nine (or Planet X, if you prefer ) may actually exist, and it will not come to destroy the earth. This is a very big difference from the mythical Nibiru. 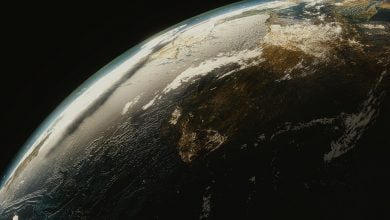 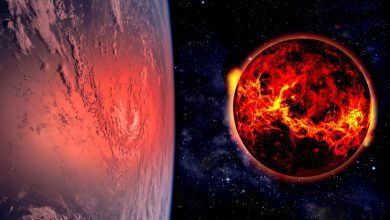 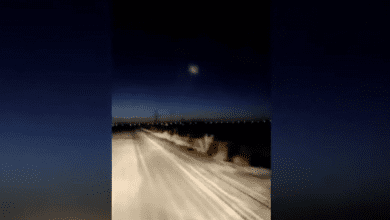 Red round cloud appeared in the sky over China 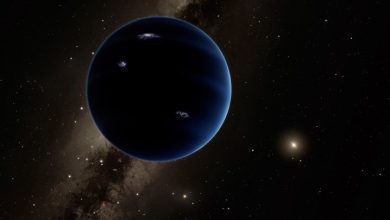 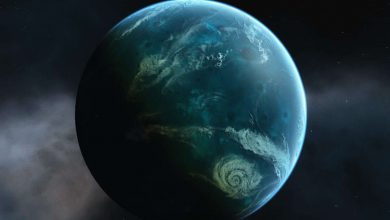 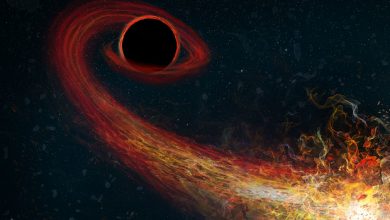 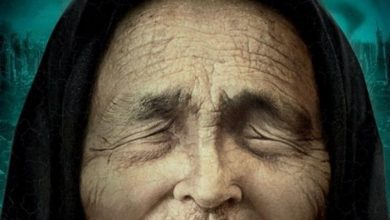