(ORDO NEWS) — Dinosaurs ruled the land for tens of millions of years. Having occupied most of the ecological niches, they did not allow others to develop, such as mammals. But what made them flourish? Now we know. 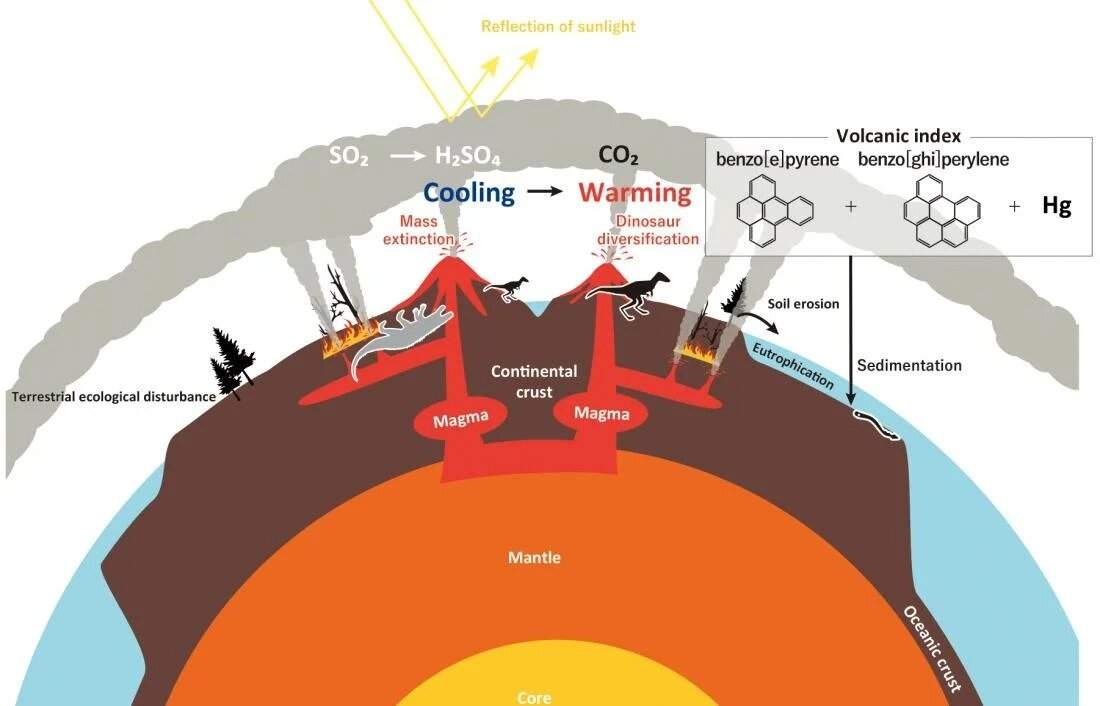 At the end of the Triassic period, about 201 million years ago, the so-called Triassic-Jurassic extinction occurred, which became one of the greatest in the history of life on Earth.

Actually, it is on this basis that two periods are distinguished: the Triassic and the Jura. The cause of extinction, as during the previous Carnian, was volcanic eruptions. But recent research has made it possible to learn more about those distant events.

You should be aware that massive volcanic eruptions have different consequences – it all depends on the temperature of such eruptions. The eruption that started the Triassic extinction event 201 million years ago was relatively cold.

The mass Triassic-Jurassic extinction led to the disappearance of many marine and terrestrial animals. Particularly affected were large reptiles like crocodiles – pseudosuchia.

Then about 60 – 70% of the species of all animals died out. For the dinosaurs, which then did not differ in large sizes, this was a chance “last step”, and they took advantage of it, capturing biological niches on land during the Jurassic period.

Photo of the spectacular solar eclipse “Ring of Fire”

Photo of the spectacular solar eclipse “Ring of Fire”