The rover briefly climbed the northern slope of this object two years ago; now located on the south side of the pediment, Curiosity has returned to it to examine it in more detail.

But on March 18, the mission team saw an unexpected change in terrain ahead and realized that they would have to turn back: the path in front of Curiosity was covered with a large amount of wind-turned stones, or ventefacts – the largest in the rover’s nearly 10 years on the Red Planet.

The ventifacts gnawed through Curiosity’s wheels at the start of the mission. Since then, rover engineers have found ways to slow down wheel wear, including a traction control algorithm to reduce the frequency of wheel inspections.

In addition, they plan the rover’s routes in such a way as to avoid passing over such rocks, including the latest ventefacts, which are made of sandstone, the hardest rock Curiosity has encountered on Mars.

The team nicknamed their rock-like appearance “alligator’s back.” Although the mission explored the area using orbital imagery, in order to detect ventfacts, it was necessary to see these stones up close.

It was obvious from the Curiosity photos that this would not be good for our wheels,” said Curiosity project manager Megan Lin of NASA’s Jet Propulsion Laboratory in Southern California, who is leading the mission. “It would be slow and we wouldn’t We could use our best rover driving techniques.

” The Alligator’s Back cliffs are not impassable – they just aren’t worth crossing, considering how difficult the path will be and how much they will age the rover’s wheels.

So the mission charted a new course for the rover, which will continue to explore the 5.5km-high Mount Sharp, which Curiosity has been climbing since 2014.

Climbing a mountain, Curiosity can study different layers of sedimentary rocks that were formed by the action of water billions of years ago. These layers help scientists understand whether microscopic life could have survived in the ancient Martian environment.

Greenhue is a broad, sloping plain at the base of Mount Sharp that extends about 2 kilometers across. Curiosity scientists first noticed it in orbital images before the rover landed in 2012. The pediment stands out as a separate feature of this part of Mount Sharp, and scientists wanted to understand how it formed.

It is also adjacent to the Gediz Vallis range, which may have been formed by the runoff of rock debris from the mountain.

Curiosity will always remain in the lower foothills of Mount Sharp, where there is evidence of ancient water and environments that may have been habitable in the past.

Having traveled about 1.5 kilometers along the gable to obtain images of the Gediz Vallis ridge, it would be possible to study material from the uppermost parts of the mountain.

“From a distance, we see car-sized boulders that were carried down from the higher levels of Mount Sharp – possibly by water and relatively late – during the wet epoch on Mars,” said Ashwin Vasawada, Curiosity Project Scientist at JPL. “We don’t know what it is, so we wanted to see it up close.”

Off the beaten path

Over the next two weeks, Curiosity will descend from the pediment to a place he has already explored before: a transition zone between an area rich in clay and an area with lots of salt minerals called sulphates.

Clay minerals formed when the mountain was wetter, with streams and ponds; the salts may have formed as the Martian climate dries out over time.

“It was really cool to see the rocks left from the days when the lakes dried up and were replaced by streams and dry sand dunes,” said Abigail Freiman, Curiosity Associate Project Scientist at JPL. “I’m very interested to see what we find as we continue climbing this alternative route.”

Curiosity’s wheels will be on safer ground as it leaves alligator-backed terrain behind, but engineers are focused on other signs of wear on the rover’s robotic arm that holds its rock drill. Over the past year, the brake mechanisms on the two hinges of the manipulator stopped working.

However, each joint has redundant parts so that the manipulator can continue to drill into rock samples. The team is looking into the best ways to use the manipulator to keep these back-up parts running as long as possible. 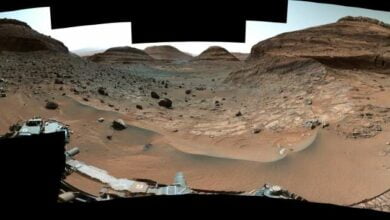 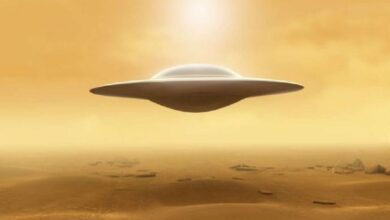 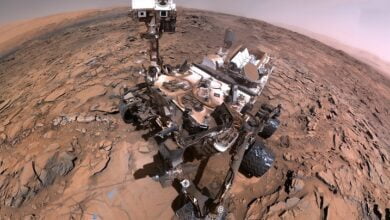 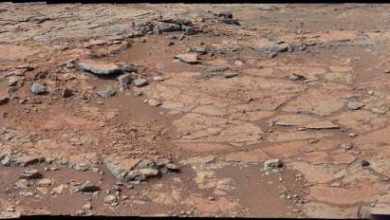