(ORDO NEWS) — The Curiosity rover has discovered a prominent formation in the rocky landscape that permeates the alien landscape of Mars.

Amidst the shallow sands and boulders of Gale Crater, a series of twisting stone towers rise, the spikes of sediment looking almost like frozen streams of water poured from an invisible pitcher into the sky.

In fact, experts say, these columns were formed from cement substances that once filled ancient cracks in bedrock. As the softer rock gradually eroded, meandering streams of the denser rock remained standing.

The rock formations were captured on May 17 by the camera of the Curiosity rover, but the image was only transmitted last week by NASA and experts from the SETI Institute (engaged in the search for extraterrestrial intelligence). 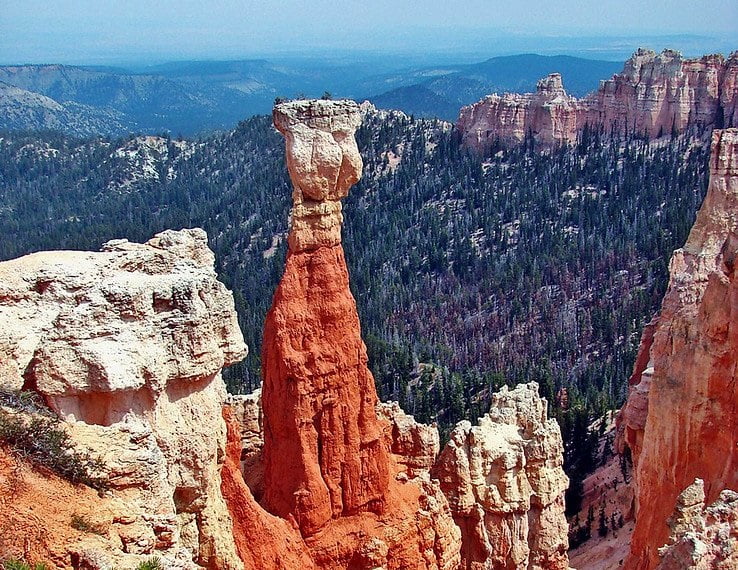 No matter how unusual they look, they are not that rare. In geology, a hoodoo is a tall and thin spire of rock formed by erosion.

Hoodoos are commonly found in dry environments such as the canyons of Utah or southern Serbia, and the pillars can sometimes rise to ten stories high.

Natural structures are formed by layers of hard rocks that accumulate in softer sedimentary rocks. As the rest of the rock erodes from rain, wind, or frost, you are left with the beautiful shape of an ancient rift.

Two stone towers on Mars look like they’re about to topple over. Compared to those we see on Earth, they are strong enough to withstand the weak gravity of the Red Planet. 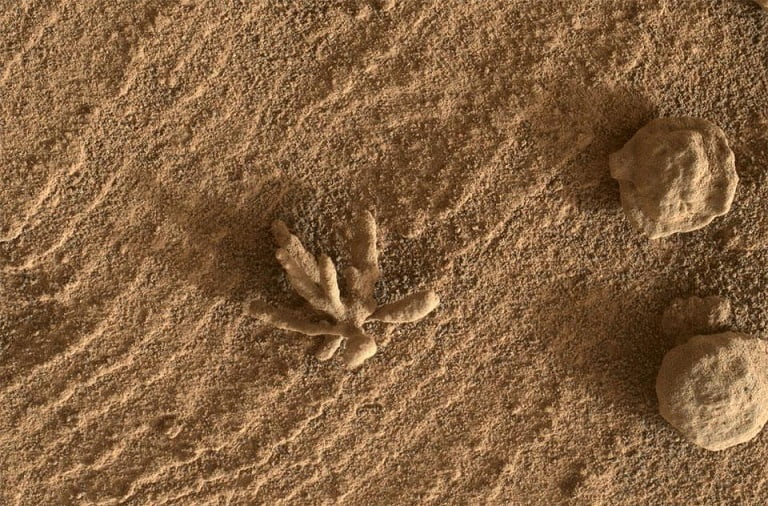 Another strange rock formation that looks like a piece of coral or a flower with numerous small petals has been discovered on Mars.

“One theory that has arisen is that rock is a type of nodule created by minerals deposited by water in fissures or fissures in existing rock,” the scientists explained.

Gale Crater isn’t exactly flat, but the unusual spiers Curiosity has uncovered stand out from the general landscape, although height measurements don’t accompany the image.

The towering rocks may look lifeless now, but their formation speaks volumes about ancient conditions on Mars and whether life could once have flourished there billions of years ago.

Gale Crater is thought to be the bottom of a dried-up lake, although it may be shallower than experts previously thought.

Rock formations in and around the ancient lake are helping scientists discover the true history of the vast region.