(ORDO NEWS) — The new technology allows you to distinguish between prints left on a blank or already filled sheet, and at the same time does not destroy the original document and valuable traces.

If the suspect’s fingerprints were found on a document important to the case, a clever criminal can refer to the fact that he left them even before printing, simply by picking up a blank sheet in his hands or loading it into the printer.

Even the most sophisticated technologies can only estimate the age of such traces. But this trick will not work anymore: British experts have created a method that allows you to determine whether prints were left before or after printing.

So the team of Loughborough University professor Paul Kelly found a way to answer it. According to them, the method is quite simple, does not require rare and complex reagents and laboratory instruments. 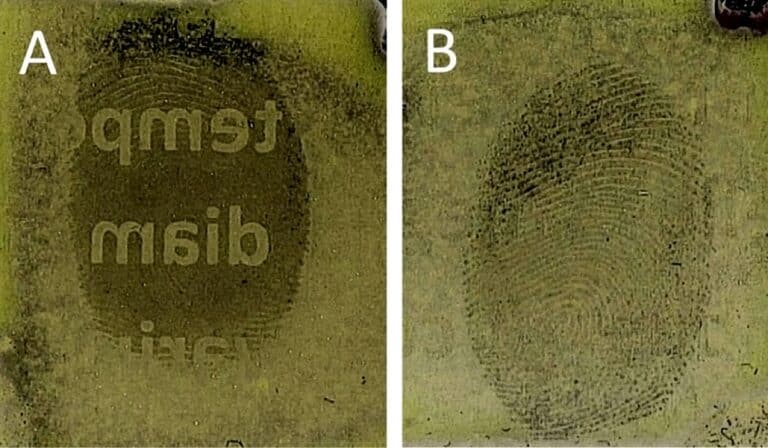 To begin with, the prints that intersect with the text are determined. Then they are transferred to a thin layer of gelatin, which partially absorbs the chemical traces of both fingers and printing ink.

The gelatin is skimmed off and transferred to a vacuum chamber filled with a pair of disulfur dinitride (S 2 N 2 ).

In the presence of moisture contained in fingerprints, the substance polymerizes, making the prints visible.

And if some areas were partially covered with paint, then there is no reaction to them and they remain “undeveloped”.