(ORDO NEWS) — Australian paleontologists have discovered the fossilized remains of an ancient crocodylomorph, which preserved fragments of a dinosaur eaten shortly before death.

Located in northeast Australia, the Winton Formation has preserved large volumes of sedimentary rocks from the Cretaceous period, the last era of dinosaur dominance. Their fossils are found in abundance along with other representatives of the ancient fauna.

So, in 2010, they found almost complete remains of crocodylomorph , one of the ancestors of modern crocodiles, including a skull with teeth and a postcranial skeleton, with the exception of the tail and hind limbs.

This is the second crocodylomorph discovered in the Winton Formation. It is described in a new paper by Matt White and colleagues at the University of New England.

The remains were dated at 93-104 million years old, they belong to the eusuchians – “real” crocodiles and their ancestors – but before of an unknown species and genus. According to scientists, during life, the reptile reached 2-2.5 meters in length.

The animal was named Confractosuchus sauroktonos : the generic name is derived from the Latin word for “broken”, “crushed” ( confractus ), and the specific name is from the Greek “lizard” ( sauros ) and “killer” ( ktonos ). This reflects another find found along with the remains of a crocodylomorph. 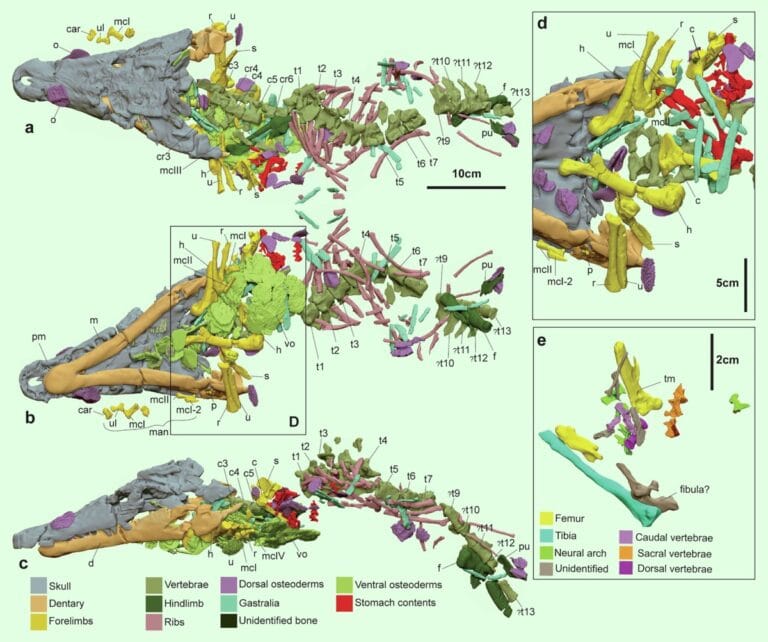 In the upper part of his body, fragments of a small dinosaur were preserved: both femurs and the left tibia, several vertebrae, and so on.

According to paleontologists, they refer to the same animal, eaten by a crocodile shortly before he himself was buried underground for many centuries. The exact species cannot be established, although the lizard, apparently, was a representative of ornithopods – herbivorous ornithischian dinosaurs.

The most famous ornithopods can be called iguanodons, close in size to modern elephants. However, the dinosaur found in the Winton Formation was nowhere near as big. Its mass ranged from 1 to 1.7 kilograms: most likely, it was a young individual.

Scientists believe that, unlike some other crocodilomorphs, Confractosuchus sauroktonos is unlikely to have specialized in hunting dinosaurs. Nevertheless, if possible, they could well attack them – for example, if we are talking about a small and easily accessible cub. 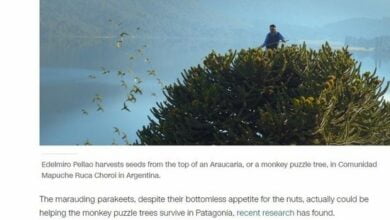