(ORDO NEWS) — An international team of astrophysicists has simulated an epoch of reionization, a transitional process in the early universe 13 billion years ago in which early stars began to form and space filled with low-density ionized hydrogen.

The results of the study, published in the Monthly Notices of the Royal Astronomical Society.

The researchers reconstructed the era of reionization using high-precision computer simulations, named Thesan after the Etruscan goddess of the dawn.

The era of reionization followed the Dark Ages, when there were no sources of bright radiation in the Universe capable of ionizing neutral hydrogen atoms.

The reionization itself involved complex chaotic interactions between gravity, gas, and light radiation, making this period in the life of the universe difficult to model.

Thesan covers 300 million light-years across and allows you to visualize the first appearance and evolution of hundreds of thousands of galaxies, starting from the age of the universe about 400 thousand years after the Big Bang, during the first billion years.

As the model showed, at first dark matter forms a cosmic web, consisting of threads and self-gravitating halos.

The gas, consisting of visible (baryonic) matter, begins to be attracted to clots of dark matter, collapsing and forming galaxies. Light from a star in galaxies causes reionization, heating the gas.

The simulation was created in preparation for the James Webb Space Telescope, which is capable of observing objects in the early universe, about 13.5 billion years ago.

This will check whether the theoretical model is consistent with the actual picture. In the case of significant differences, scientists will have to reconsider their understanding of the processes in the early Universe. 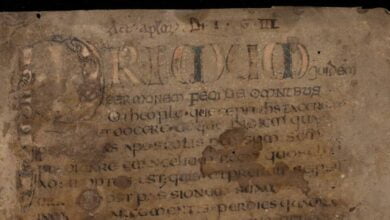