(ORDO NEWS) — Using the new analysis, the scientists found the last two of five DNA and RNA information units yet to be found in meteorite samples.

The discovery, made by an international team of NASA researchers, provides more evidence that chemical reactions on asteroids are capable of creating some of the ingredients of life that could have been brought to the young Earth by meteorite impacts or perhaps space dust.

All DNA and RNA, containing the “instructions” for the creation and functioning of every living thing on Earth, contain five information components called nucleotide bases. So far, scientists examining extraterrestrial samples have found only three of the five components.

However, a recent analysis by a team of researchers led by Associate Professor Yasuhiro Ōba of the University of Hokkaido, Japan, revealed two final nitrogenous bases that had eluded scientists for a long time.

Nucleobases belong to the classes of organic molecules called purines and pyrimidines, which are very diverse. However, it remains a mystery why more types have not yet been found in meteorites.

“It is interesting why purines and pyrimidines are exceptional in the sense that they do not show structural diversity in carbonaceous meteorites, unlike other classes of organic compounds such as amino acids and hydrocarbons,” Ohba said in a paper about the study published April 26, 2022. in the scientific journal Nature.

“Because purines and pyrimidines can be synthesized in extraterrestrial environments, as demonstrated in our own study, we expected to find a greater variety of these organic molecules in meteorites.”

“We now have evidence that the full complement of nitrogenous bases that underpin life today could have been available on the young Earth,” said Danny Glavin, co-author of the study at NASA’s Goddard Space Flight Center in Greenbelt, Maryland.

This newly discovered pair of nitrogenous bases, cytosine and thymine, has remained elusive in previous studies. This is likely due to its more fragile structure, which could be destroyed when scientists studied samples of “space rocks”.

As part of earlier experiments, scientists created something like “meteorite tea” by placing meteorite particles in a hot solution so that the sample molecules could dissolve. Then, the molecular composition of the liquid was analyzed.

“We are studying these broths because they contain important substances, ancient organic molecules that could be key building blocks for the emergence of life on Earth,” Glavin added. 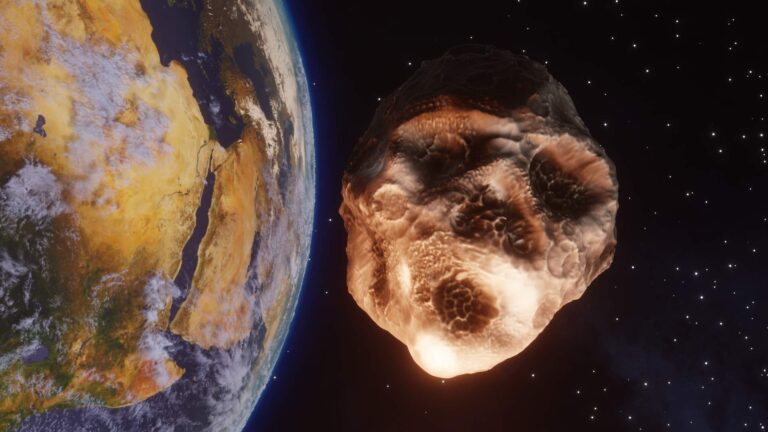 Because of how brittle these two nitrogenous bases are, the team was initially skeptical about seeing them in their hot solutions.

But two factors contributed to the new discovery:

This discovery does not provide a definitive answer to the question of whether life on Earth received help from space or arose exclusively in the prebiotic soup at an early stage in the development of the planet.

But completing the set of nitrogenous bases that underlie terrestrial life, in addition to other molecules found in the sample, gives scientists who are trying to understand how life originates more data to experiment in the lab.

The new analysis method not only added to the knowledge base about the origin of life on Earth, but also helped to find a more efficient way to extract information from asteroid samples.

This will be especially true when studying samples taken from the asteroid Bennu as part of the NASA OSIRIS-REx mission , which will be delivered to Earth on September 24, 2023.

Double impact: a new theory of the origin of the moon has appeared

Double impact: a new theory of the origin of the moon has appeared