(ORDO NEWS) — In our view, dinosaurs are most often very large, ferocious and at the same time quite stupid animals. But how do we know that dinosaurs had primitive intelligence?

Conclusions drawn from modern reptiles may be erroneous. The fact is that in birds, which are direct descendants of theropod dinosaurs, the brain is even more perfect than in mammals, as we talked about earlier.

It is possible that in terms of their mental abilities, some dinosaurs were not inferior to modern primates in the same way as, for example, crows. In favor of this assumption is a recent study in which scientists tried to figure out the density of neurons in the cerebral cortex of dinosaurs.

How to determine the mental abilities of an animal

When it comes to animals with a high level of intelligence that are currently living, scientists find out their cognitive abilities with the help of various tasks.

For example, in this way it was possible to find out that crows are even smarter than monkeys, which we talked about not so long ago.

But how to learn about the mental abilities of animals that cannot solve puzzles or even died out long ago?

This suggests that the dinosaur, although inferior in mental abilities to the shepherd, still had a fairly high intelligence. But can EQ be considered as any reliable indicator of intelligence at all?

The study of the avian brain mentioned above shows that in addition to the size of the brain in relation to the body, another parameter on which mental abilities depend is no less important – this is the density of neurons in the cerebral cortex.

Were dinosaur brains as complex as birds?

Scientists at Vanderbilt University decided to find out the density of neurons in the brain of dinosaurs.

Of course, it is not possible to study the dinosaur brain, so the researchers decided to use the techniques of comparative anatomy.

Based on estimates of dinosaur brain mass obtained from CT scans of the skulls, as well as a database of bird and reptile brain masses, the team developed an equation relating the animal’s brain mass to the approximate number of neurons.

Using this technique, the scientists found that the brains of theropods did indeed resemble those of modern warm-blooded birds such as ostriches. However, not all dinosaurs had a well-developed brain.

For example, in brachiosaurs, it was more similar to the brain of modern reptiles. In Triceratops and some pterosaurs, the brain depended on which group they belonged to.

As the researchers report in the Journal of Comparative Neurology, the calculations showed that the Tyrannosaurus rex had 3.3 billion cortical neurons, which is a neuron density much higher than that of modern baboons. Alioramus, a six-meter theropod, had just over one billion neurons.

If this is true, dinosaurs could indeed be very smart, their intelligence was significantly higher than that of modern reptiles. However, the study itself is very controversial, as it is based on interpolation alone.

Much more evidence is needed to draw definitive conclusions.

But despite the fact that the reliability of this study raises questions, it is interesting if only because it admits the very fact that dinosaurs could have high intelligence, and draws the attention of scientists to this issue.

Finally, we recall that in addition to the size of the brain and the density of neurons, scientists have discovered another parameter of the brain that affects mental abilities – this is the dependence of the evolutionary development of some brain lobes on others.

Such dependence was found only in the brain of modern humans and Neanderthals. This may indicate that Neanderthals also had high cognitive abilities, like Homo Sapiens. 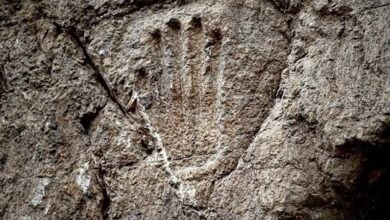