(ORDO NEWS) — Psychiatrists call Cotard’s syndrome megalomania, turned inside out. This disease is a mania of self-abasement. Patients claim that they are dead, decomposed and the walking dead, or that they are criminals and murderers.

In scientific terms, Cotard’s syndrome or delusion is defined as a nihilistic, hypochondriacal depressive delusion combined with ideas of the immense. Patients believe that they have become the walking dead, great criminals and other “dark lords”.

For those suffering from Cotard’s syndrome, it is characteristic to belittle oneself to the point of absurdity, comparable in size to delusions of grandeur. For example, a person may claim that he has poisoned the whole world with his poisonous breath or infected the entire population of the planet with AIDS.

Cotard’s syndrome is also called “delusional denial”. This name was used by the French neurologist Cotard in 1880.

Patients may claim they have no brain, heart, or lungs. It also happens that “delusional denial” extends to intellectual and moral qualities.

Patients complain of a complete lack of intelligence, conscience and knowledge. Sometimes patients deny the existence of the external world, complain that the earth is empty, that living people have no soul, but only empty shells, etc.

Although these symptoms, taken in isolation, may seem like witty observations of reality to some, people with Cotard’s syndrome experience real suffering.

It’s not easy to feel like the walking dead for many years. This mental illness is thought to be an extreme form of depression. Cotard’s syndrome occurs as a side effect of schizoaffective disorders and may accompany dementia and other brain disorders. 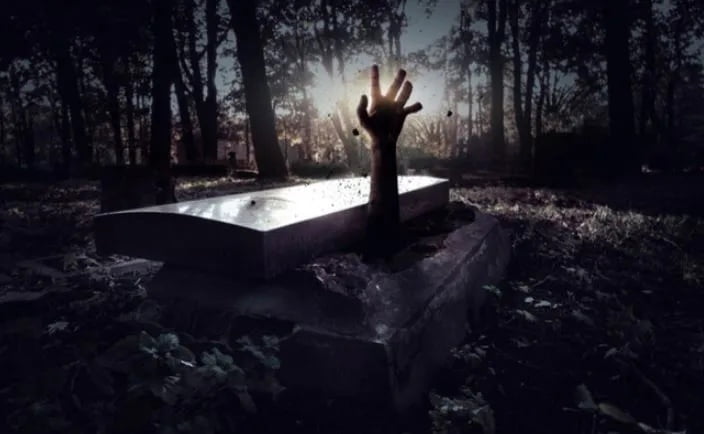 It is not known how common this condition is. Modern medications have been successful in treating depression, and experts suspect the condition is extremely rare today. However, patients who consider themselves dead exist to this day.

Because of the pathological belief that they are dead, patients may attempt suicide in order to get rid of the “useless shell” – their body. They starve to death, believing they don’t need to eat anymore, or douse themselves with acid to stop being “the walking dead”.

Recently, New Scientist published a unique story about a man who thought he was dead for ten years. This case is surprising in that the patient’s “brain dead” delusion turned out to be true to some extent.

Ten years ago, Graham woke up and felt dead. For a long time before this, Graham had suffered from severe depression. He even tried to commit suicide by throwing an electrical appliance into a bathtub filled with water.

That morning, Graham realized that during the suicide attempt he had killed his brain. He reported that he felt like he simply didn’t have a brain anymore. When he was hospitalized, he assured the doctors that the pills would not help because he had no brain, as he burned it in the bath.

The doctors’ arguments had little effect on Graham. They failed to convince him that if he can talk, breathe, eat and move, then his body is alive and his brain really works. According to him, he was simply annoyed by the words of the doctors, because he did not understand how you can speak or do something without a brain.

Graham did show some signs of brain damage. For example, he claimed that he had lost his sense of smell. However, it could theoretically be another component of his depressive delusions. The man lost interest in activities that he used to enjoy.

He didn’t want to see people as it didn’t make sense to him. He didn’t like anything. He used to love his car, but then he lost all interest in it. Even bad habits have lost their appeal, such as Graham quit smoking. He no longer felt the taste of cigarettes and did not find this activity enjoyable.

The scientists were amazed to find, using positron emission tomography (PET), that, in a sense, Graham was right. Metabolic activity in large parts of the frontal and parietal regions of his brain was abnormally low, so low in fact that it resembled a snapshot of a person in a vegetative state.

“I’ve been performing PET for 15 years now and I’ve never met a person who could stand on his feet, could communicate, but would have such an anomaly,” Loris admitted.

In some ways, part of Graham’s brain was indeed almost dead, the scientist added: “His brain worked as if he was under anesthesia or asleep. As far as I know, this is completely unique in the brain of an awake person.” 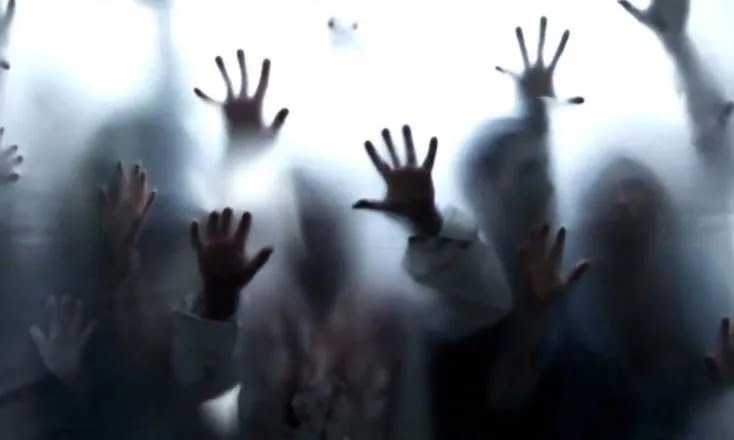 His colleague Zeman, who also worked with Graham, believes that the reduced metabolism caused pathological changes in the patient’s perception of the world. Interestingly, the patient’s delusions turned out to be prophetic in some way. “We still don’t know much about the mind,” Lauris said.

At first, the news of the scan results had no effect on Graham. He still felt dead and considered any treatment for his “empty shell” as suffering bordering on torture. He had to come to terms with the fact that he could not die for real.

The man often went to the cemetery, and every time the police brought him back. According to Graham, his place is among the dead. By then, his teeth were black because he refused to brush them. For some reason, all the hair on his legs fell out, and the doctors could not explain the reason for this.

Gradually, however, Graham’s condition improved. After a brain scan, he was prescribed appropriate treatment based on medication and psychotherapy. He used to be cared for by his brothers and a nurse, but now he can live on his own and manage household chores on his own.

“I can’t say that I’m completely back to normal, but now I feel much better,” he said. “I can run errands and go out of the house.”

Graham added that he no longer believes that his brain is dead, but sometimes the world around him seems strange to him. He is not afraid of death, but considers himself lucky that he is still alive.

The 3 worst scenario for Putin in Ukraine

The 3 worst scenario for Putin in Ukraine