(ORDO NEWS) — The results are published in the prestigious journal Physical Review Letters. For the practical implementation of quantum computing, it is necessary to solve a difficult problem: to effectively control the dynamics of quantum bits (qubits) in the presence of external noise.

The “openness” of qubits to controlling influences makes them vulnerable to both control noise and noise caused by the inevitable interaction with surrounding quantum objects (for example, impurities and spurious radiation modes).

Of particular danger are non-Markov type noises, that is, noises in which “memory effects” are manifested. Their effect on qubits depends on all previous states of qubits, which means that it is rather difficult to take into account them or compensate for their influence. Such noises are, to one degree or another, present in all modern prototypes of quantum computers, which makes the fight against them especially relevant. 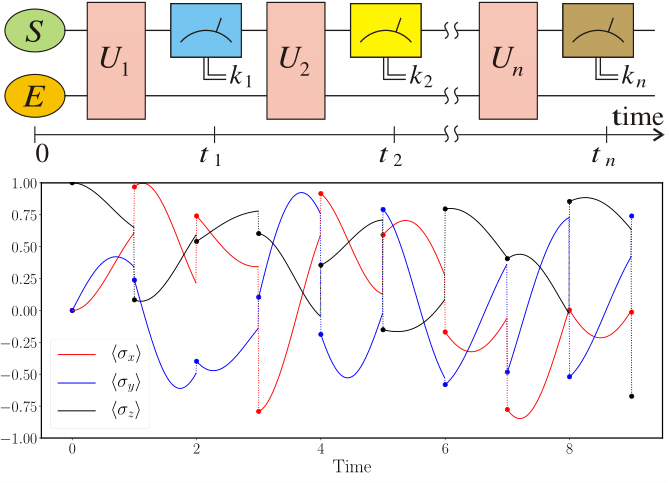 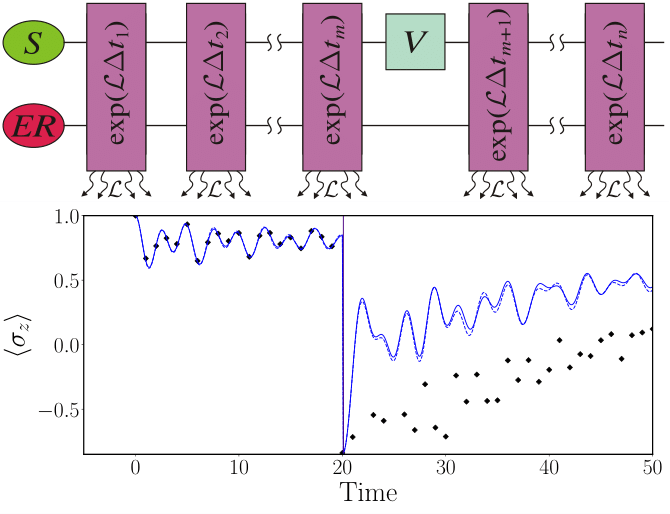 The only practical way to extract information about a quantum system is to measure it, but here comes the fundamental law of the impossibility of extracting information without disturbing the quantum system. When a measurement is performed on the system, a “collapse” of the wave function occurs, as a result of which the state of the system after the measurement is in no way connected with the state before the measurement; theory gives a prediction only for the probability of detecting a system in some new state.

Therefore, to “restore” the state of a quantum system, many different measurements are carried out in order to collect enough statistical information. This statistical method is called tomography of quantum states and requires significant resources both for conducting the experiment and for processing the collected data.

If it is necessary to restore the dynamics of a quantum system in time, then in the standard approach it is required to perform a laborious tomography process for all points of time that are interesting, which “eats up” a huge amount of experimental resources.

Suppose we are interested in the behavior of a single qubit interacting with a complex environment. Suppose that we have found a lot of time and effort to nevertheless tomograph the non-Markov dynamics of the qubit in time. Now we will try to slightly correct the external control effect exerted on the qubit in order to improve its work. But it turns out that all our efforts were in vain.

Due to the presence of strong correlations between the system and the environment in the case of non-Markovian dynamics, it will be completely impossible to predict the change in the dynamics of the qubit due to the applied external control action. This sad circumstance forces scientists to look for other ways to solve the problem of restoring non-Markov quantum dynamics, as well as come up with models that are able to take into account changes in the external control signal.

A group of scientists from the Moscow Institute of Physics and Technology took the path of developing a new machine learning algorithm that would be applicable to the problems of quantum physics and take into account phenomena unusual for the classical world, such as the impossibility of extracting information without disturbing the quantum system. To do this, they came up with a model that describes the results of successive measurements over the system.

“For the first time, our group was able to develop a new approach that does not use repeated preparations of the system and labor-intensive tomography processes. The fact is that although the results of successive measurements over the system look random, they nonetheless have a structure that the machine learning algorithm we proposed can recognize.

As a result of the work, the algorithm constructs an effective model of the environment, which allows the inclusion of arbitrary control pulses over the system. This opens up the possibility of controlling open quantum systems subject to non-Markov noise, including qubits in modern quantum computers, ”says Sergey Filippov, head of the laboratory of quantum information theory. The study was supported by a grant from the Russian Foundation for Basic Research.