US, WASHINGTON (ORDO NEWS) — If the comet survives perihelion, we can observe it with the naked eye.

For many years, amateur astronomers had expected that a bright comet, which would be visible with the naked eye, would pass by the Earth. And perhaps this moment will soon come.

The two-telescope project in Hawaii, funded by NASA, aims to identify celestial bodies that are potentially dangerous to Earth.

When astronomers first discovered C / 2019 Y4, it was an extremely dim object of about 20 magnitude.

This is approximately 398,000 times weaker than the brightness of stars that are on the verge of visibility with the naked eye. At that time, the comet was at a distance of about 439 million kilometers from the Sun.

According to astronomers, the comet ATLAS will pass the perihelion on May 31 and will be located at a distance of 37.8 million kilometers from our star.

Such a change in the distance from the Sun usually leads to the fact that comets increase their brightness for the earth observer by 11 magnitudes. In this case, ATLAS could be seen in a small telescope or good binoculars, but nothing more.

However, on March 17, Comet ATLAS already had a magnitude of +8.5, which is 600 times brighter than the forecast. Another factor that is encouraging astronomers is that the orbit of ATLAS is almost identical to the orbit of the so-called Big Comet of 1844.

Scientists do not exclude that the comet, observed in the 19th century, was part of a much larger comet, which in the distant past fell apart, including the Great Comet of 1844 and ATLAS.

However, experts note that ATLAS may not live up to expectations. It belongs to the type of long-period comets – such objects have a high chance of being destroyed at the moment of approaching the Sun.

This is exactly what happened with the comet C / 2012 S1 (ISON), which could become the brightest comet of the first half of the 21st century, but disintegrated during the passage of perihelion.

However, this object was clearly visible only in the southern hemisphere. Inhabitants of the northern hemisphere have not seen the Great Comets from 1996-1997, when two grandiose objects – the comets Hyakutake and Hale-Bopp – could be observed with the naked eye at once.

Experts note that if ATLAS still survives approaching the Sun, its brightness can be comparable to the brightness of Venus in the earth’s horizon.

Venus – the world of acid in the orbit of the Sun

Venus – the world of acid in the orbit of the Sun 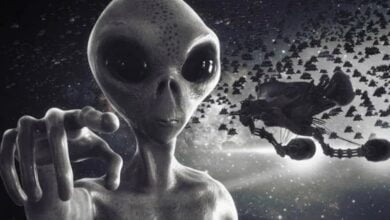 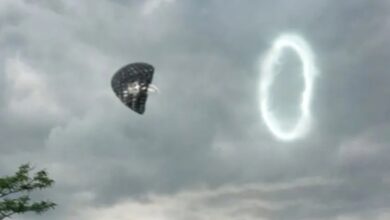