(ORDO NEWS) — The spiral disk of our Galaxy, consisting of stars and planets, stretches, twists and deforms with incredible force under the influence of gravity of a smaller galaxy – the Large Magellanic Cloud (LMC).

Scientists believe that the LMC crossed the border of the Milky Way about 700 million years ago – most recently in cosmological terms – and due to the high content of dark matter in it, it had a significant impact on the structure of our Galaxy and the motion of objects entering it during the fall.

The results of this collision are still observed in our Galaxy, and their detailed study could lead to a revision of the evolutionary models of the Milky Way, the scientists explained. 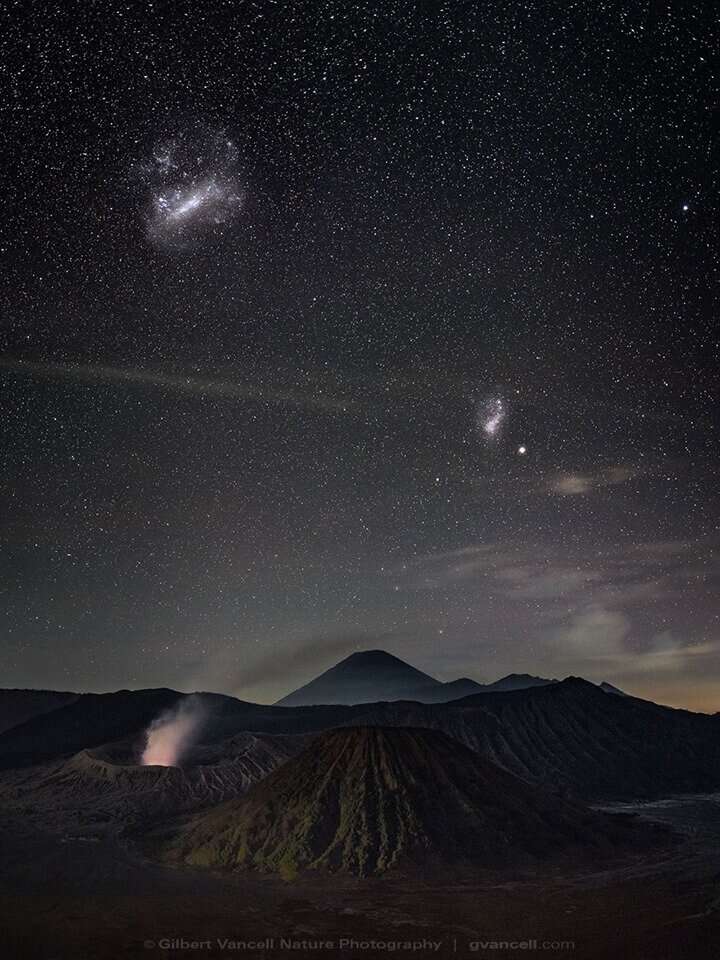 LMC, currently a satellite galaxy of the Milky Way, is seen as a faint cloud in the southern sky. Previous studies have shown that the LMC, like the Milky Way, is surrounded by a halo of dark matter – elusive particles that surround galaxies and can neither absorb nor emit light, but at the same time have a significant gravitational effect on the movement of stars and galaxies in the Universe.

Using a sophisticated statistical model that helped calculate the speed of the Milky Way’s most distant stars, a team of astronomers led by Dr. Michael Petersen of the School of Physics and Astronomy at the University of Edinburgh, Scotland, discovered that the LMC distorts the trajectories of objects in our Galaxy.

The researchers found that as a result of the most powerful gravitational attraction from the dark matter halo of the LMC galaxy, the disk of the Milky Way stretches and twists so that the speed of movement of its constituent objects in the direction of the constellation Pegasus is 32 kilometers per second.

To their surprise, astronomers also found that the Milky Way was not moving in the direction of the LMC, but to a point marking the previous position of this galaxy in the sky. According to the authors, this suggests that the LMC itself is moving away from the Milky Way at an even greater speed of about 370 kilometers per second. The Milky Way tries to catch up with the BMO, but “the scope is shot down,” they explain.

The work was published in the journal Nature Astronomy.

An unknown object flew past the Earth baffled astronomers

An unknown object flew past the Earth baffled astronomers