(ORDO NEWS) — Legends of giants are present in almost all mythological tales. Perhaps you will not find a single people on Earth who would not talk about some giants who ascended to heaven and became famous for their remarkable strength.

Greek mythology emphasizes the dominance of the giants known as the Titans and their subsequent overthrow. It was from Greece that the well-known myth of the Atlanteans, “holding the vault of heaven”, came to everyone.

But who these titans and Atlanteans were is not known for certain. Zeus and the Olympians drove the Titans to their fall. As for Atlantis, the ancient philosophers clearly spoke of its existence and subsequent flooding. It was also said that the inhabitants of Atlantis were tall. 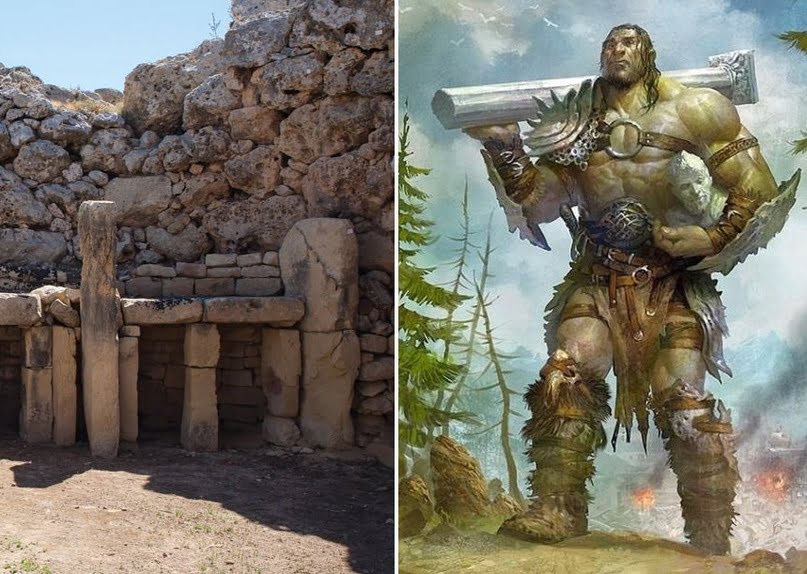 Giants are also mentioned in Egyptian, Sumerian, Old Slavic, Scandinavian, Japanese, Chinese and Native American mythologies. In Hinduism, they act under the name of asuras. There are giants in biblical sources. The ancient Jews knew about the mysterious civilization of titans, peculiar half-breeds, children of fallen angels and mortal women.

In the Old Testament and pre-Jewish texts of Canaan there are references to the Rephaim race. In the Septuagint and Vulgate this word was translated as “giants”. Also, this name began to be called the wicked, that is, those who were far from holiness and purity.

The Book of Job says, “Rephaim tremble under the waters, and those who dwell in them.” It is noteworthy that the phrase “under the waters” is noted here. Reminds all the same ancient legend of the sunken Atlantis.

The apocryphal legends about Rephaim say that these are terrible monsters, “18 cubits tall, with 16 rows of teeth and 6 fingers and toes.” Their amazing physical strength and ferocity are noted.

The dwelling place of the Rephaims was supposedly the lands of the Ammonites. They also talked about the lands of Bashan and Moab. But their true homeland remained unknown. After the arrival of the Jews in Palestine, there were practically no giants there.

Legends say that there were some tribes in which tall people lived. The rephaims include Goliath, a mysterious giant warrior who fought on the side of the Philistines (the former “peoples of the sea”).

Everyone knows the myth of how David, armed only with a sling, chose a stone from the river bed and threw it at the head of Goliath. David’s aim was correct; the stone hit the giant and killed him, causing the Philistines to flee. 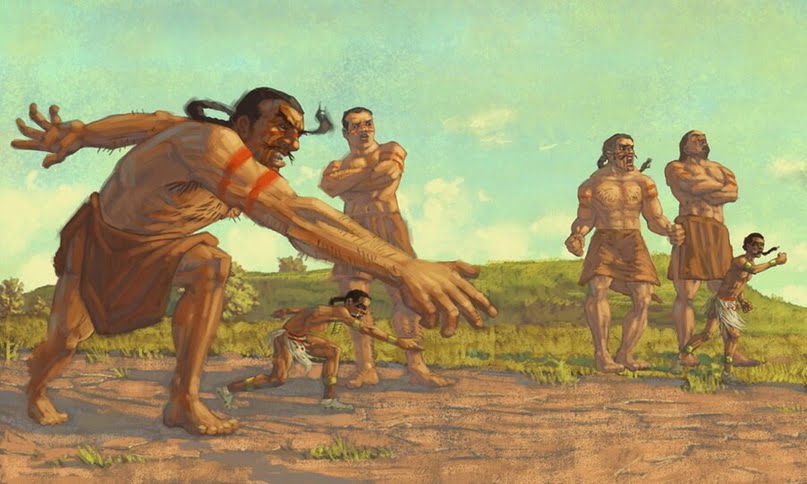 Obviously, Goliath was still a man, and not a supernatural being. It turns out that if Goliath was really considered a descendant of the Rephaims, then his distant ancestors hardly looked like what is written about them in apocryphal legends.

Chronicles say that at least four more giants fought on the side of the Philistines against the Jews and peoples of Palestine. The most famous of these was Jesvius, “whose spear weighed 300 shekels of copper.”

Jesvius was aware of David’s popularity after his victory over Goliath. But the battle between the giant and the Jewish king never took place. Jesvi was not killed by David, but by Abishai the son of Saruin. Goliath had a brother named Lahmi, who was slain by Elhanam.

Also, a rephaim warrior named Safut fought for the Philistines. But he was defeated by another hero of antiquity – Sovohay Khushatian. The name of the fourth rephaim from the “peoples of the sea” is not mentioned.

But the Bible talks about deformities in his body and six fingers. This giant had already been defeated by Jonathan, the son of David’s brother. The Philistines lost the war against the Jews and then completely disappeared as a people.

Together with them, their legends and myths evaporated. Therefore, science recognizes the legendary giants of antiquity as nothing more than an invention of the chroniclers. But why then are they mentioned almost everywhere? The collective fantasy of humanity? It was hardly possible in such ancient times.

The question of who exactly the Rephaim were still remains unanswered. But whoever they are, they are no longer in our world. If once their civilization was considered powerful on Earth, then these times have sunk into oblivion forever. All that remained of them were myths and legends.

Archeoacoustics and Ancient Architecture: Megaliths, Music and the Mind

Scientists uncover the secret of swing in jazz

Archeoacoustics and Ancient Architecture: Megaliths, Music and the Mind

Scientists uncover the secret of swing in jazz