(ORDO NEWS) — Ecological communities on the Oregon coast are being subtly destabilized by the pressures of climate change despite giving an appearance of stress resistance, new research by Oregon State University shows.

The findings are important because assessing and understanding how plants, animals and other life forms respond to a warming planet is critical to human welfare, lead author Bruce Menge said.

The community destabilization arises from decreasing resilience — the ability to bounce back from disturbance. The findings suggest other ecological communities around the globe that project a look of stability actually wouldn’t appear that way upon close inspection of how their member organisms collectively react in the face of disruption.

“Climate change is threatening to destabilize ecological communities,” said Menge, a professor of integrative biology at OSU who has been conducting research on the coast for four decades. “A possibility is that they’ll stop being persistently occupied, what we call basins of attraction, and move into other states.”

Menge, postdoctoral researcher Sarah Gravem and colleagues in the College of Science looked at a total of six sites in three distinct regions of Oregon’s low intertidal zone from 2011 to 2019. The regions are Cape Perpetua on the central coast, Cape Foulweather to the north and Cape Blanco to the south.

At every site the scientists created five “disturbed plots,” each a half-meter square. Once a year those plots were cleared of all life forms big enough to be seen with the naked eye: limpets, mussels, sea anemones, barnacles, seagrass, sponges, snails, crabs, sea stars, etc.

The plots were photographed regularly and from those pictures, researchers could gauge the amount of taxa on each plot.

If the ecological communities surrounding the plots were stable, the plots would show steady recovery patterns following each clearing. That was not what happened, the researchers found.

Generally, the disturbances caused communities to move toward structures dominated by bare space and “weedier” taxa like barnacles and filamentous algae.

“And in all cases, over time the rates of recovery slowed and also became more variable,” Gravem said. “Increasing variation in key ecological processes can be a signal that an ecosystem is on the verge of a state shift. On the Oregon coast, the factors behind that increasing variation appear to be coming from changes in ocean currents and thermal disruptions like marine heat waves, which can alter growth, decrease colonization rates and kill organisms.”

The research doesn’t necessarily indicate that the iconic rocky regions of Oregon’s shoreline are nearing an ecological tipping point where sudden, often irreversible ecosystem changes happen, the scientists say. But the findings aren’t good news either, they say.

“On land, extreme wildfires illustrate how gradual changes in temperature or rainfall can eventually lead to catastrophic events,” Menge said. “In the ocean environment, novel occurrences like marine heatwaves and disease epidemics are the new and acute threats being added to the gradual increases in water temperature and ocean acidification commonly associated with climate change.”

The scientists say that although it’s difficult to predict exactly when a sudden ecosystem change will happen, systems nearing the brink of one may send out warning signals. Increasing variability of community structure is believed to be one of them, and another is the system recovering more and more slowly from small perturbations.

“Resilient systems can quickly bounce back to their original configurations after a disturbance,” Gravem said. “Rocky intertidal systems are highly dynamic but Oregon’s has begun to show signs of losing its resilience, likely in response to unprecedented stresses related to acute warming events. Even the intact communities we studied alongside the cleared plots became more variable, which we believe to be a harbinger of instability and an early warning sign for community state change.” 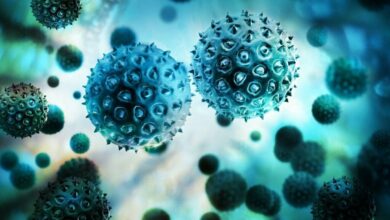