(ORDO NEWS) — Researchers have discovered the galaxy’s darkest planet, an extraterrestrial world blacker than coal, designated TrES-2b. The Jupiter-sized exoplanet was found by the Kepler space observatory near the sun-like star GSC 03549-02811, located 750 light-years away in the constellation Draco.

Researchers have found that this gas giant reflects less than one percent of the sunlight it receives, making it the darkest planet or moon ever discovered.

Jupiter has a mostly hydrogen atmosphere with reflective clouds of frozen ammonia and other compounds. TrES-2b is also mostly hydrogen, but the planet boils at 1800 degrees Celsius because it is only 4.8 million kilometers from its star – more than 160 times closer than Jupiter to the Sun.

At extreme temperatures, solids such as sodium and potassium evaporate into gases, which are subsequently very finely dispersed.

The planet’s atmosphere contains a million hydrogen atoms for every molecule of potassium or sodium. However, these molecules are so efficient at absorbing light that the planet reflects much less light than one would expect, even under the strong light of a nearby star.

According to current computer simulations, hot Jupiters that orbit very close to their stars could be as dark as Mercury, reflecting about 10% of sunlight. But TrES-2b is so black that it barely reflects 1% of the starlight that hits it, meaning current models may need to be adjusted.

Study lead author David Kipping said the darkness could be caused by massive amounts of sodium gas and titanium oxide. But it is more likely that there is something strange, not taken into account by experts.

Because TrES-2b is so different from anything we’ve seen before, the researchers are proposing to give the planet its own name. In their opinion, the name Erebus, the personification of eternal darkness in Greek mythology, would be appropriate. 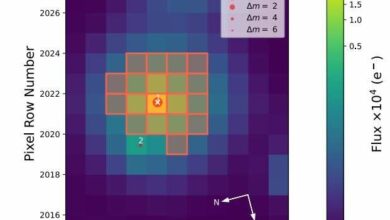