(ORDO NEWS) — We know that the climate crisis is already having a profound effect on global weather systems, altering temperatures, rainfall, wind patterns, and more – and a new study predicts likely deluges over the mountainous parts of East Asia in the future.

The pouring rain will be brought on by atmospheric rivers, scientists predict. These narrow corridors of concentrated moisture can quickly cause flooding when they hit a barrier such as a mountain range, releasing vast amounts of water in a short space of time.

According to the researchers’ models, rainfall events in East Asia will be more frequent and more severe in the coming decades as the planet warms up. More water will be transported through the air, and more precipitation will land on the ground.

“We find that both the atmospheric river-related water vapor transport and rainfall intensify over the southern and western slopes of mountains over East Asia in a warmer climate,” write the researchers in their published paper.”Atmospheric rivers will bring unprecedented extreme rainfall over East Asia under global warming.”

Generally speaking, atmospheric rivers pick up moisture from warmer areas and deposit it over colder regions. Their movements are controlled by changes in wind and temperature – just the sort of changes that climate change can bring about.

When it comes to regions such as Japan, Taiwan, northeastern China, and the Korean Peninsula, the rainfall could reach record-breaking levels, the study reports. Most rain will land on the southwestern slopes of the Japanese Alps.

To reach their conclusions, the scientists ran simulations based on meteorological data collected from 1951 to 2010, modeling that data out to the year 2090 and assuming an increase in temperature in line with the more extreme scenarios of climate change.

There has been plenty of previous research into these atmospheric rivers, but it’s still not fully clear how these bands of moisture will change as the climate does – especially as their behavior is determined by topological features as well as the movements of warmer and cooler air.

For some regions, increased rainfall will be a benefit; for others, extreme weather conditions could cause dangerous, life-threatening flooding. This is just the latest link between climate change and an increasing frequency of extreme weather events.

The researchers say that the modeling could also apply to other areas where atmospheric rivers might develop. While a lot of uncertainty remains, it seems probable from this and other studies that certain parts of the globe are going to see a lot more rainfall in the coming decades.

“Our findings are likely also applicable to other regions of the mid-latitudes where interactions between atmospheric rivers and steep mountains play a major role in precipitation, such as in western North America and Europe,” says Kamae.

“These regions may also experience more frequent and intense extreme precipitation events as the climate warms.” 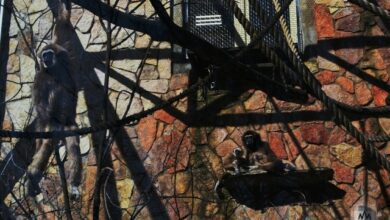