(ORDO NEWS) — Tombs from the Classical period were found during an excavation carried out at a construction site near the ancient city of Antandros, located in Adramytti in the western Turkish province of Balıkesir.

During construction works, remains of tombs were found at a depth of 2.5 meters. Following the discovery, the Balıkesir Museum’s management and Aytekin Yılmaz, the museum’s director, were informed along with a team of archaeologists exploring the area.

The discovery led to the start of an archaeological excavation under the supervision of Professor Gürcan Polat, head of excavations in the ancient Greek city of Antandros and an academic in the Department of Archaeology at the Ege University School of Letters. Excavations have uncovered pits, sarcophagi and cremation burials dating to the 3rd, 4th and 5th centuries BC. 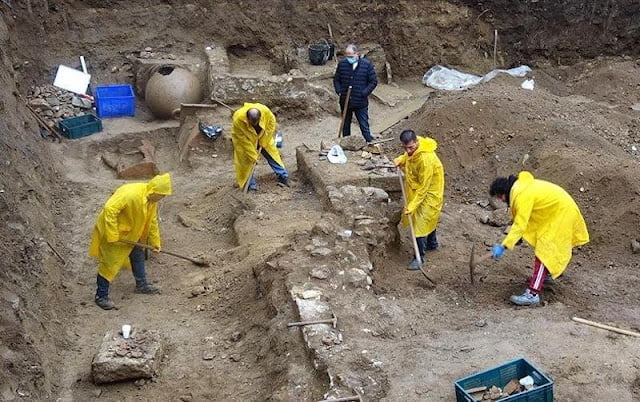 Polat said: ” We have discovered 549 tombs so far in the excavations of the ancient necropolis and until now we considered that the current location of Melis was its limit. However, the tombs discovered today at the construction site are at least 150 meters away from the Antandros necropolis, proof that it continues further west.”

“The tombs at the construction site are important because they show that the area of ​​the necropolis of the ancient city continues 150 meters west of what we knew until now. At the same time, it is an important proof that the road that connected Antandros with ancient Gargara at Canakkale passed through this area.

During the excavations, tombs were found dating to the 3rd-4th and 5th centuries BC. Pithos burials, a sarcophagus, tiled roof graves and cremation burials are represented. There are adult graves, but most of them belong to children, which is interesting.” 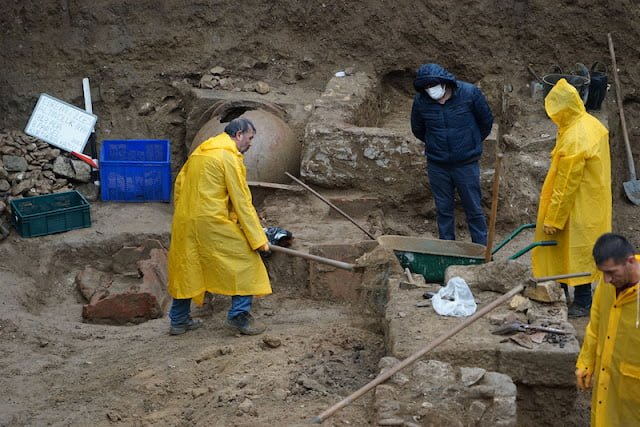 Polat added that the findings will be re-evaluated after the completion of excavations in the area.

Archaeological excavations in ancient Antandros began in 2000 and continued in 2021. These excavations are carried out in two different areas. The first includes houses from the ancient settlement while the second is conducted in the necropolis located west of Antandros and extends parallel to the sea.