(ORDO NEWS) — The ancient Indian epics “Ramayana” and “Mahabharata” contain information about the mysterious civilization of intelligent monkeys known as “vanaras” who lived in deep, warm forests and lush jungles.

The existence of such species has always caused controversy among scientists, who believe that they can be mistaken for people of the tribe. But ancient texts and scriptures vividly describe their ape-like characteristics, such as hops, hair, fur, and tails.

In the Ramayana, a whole army of half-humans, half-monkeys played a key role. They fought alongside Lord Rama to defeat the Sri Lankan demon king Raavan and rescue his wife Sita from captivity.

The word vanara itself comes from two Sanskrit words: vana (“forest”) and nara (“man”), which means “forest person” or “inhabitant of the forest”.

In addition, the Vanaras were said to have strength and agility that surpassed that of an ordinary human, and this is one of the reasons why they were able to resist the demonic armies of Lanka. It was believed that some Vanaras were direct descendants of the gods.

For example, the most famous and powerful of the Vanaras, Lord Hanuman, was the son of the wind god Vayu, the chief Hindu deity, and is known to have manifested god-like abilities himself. In fact, he appears in another Indian epic, the Mahabharata, which takes place thousands of years later, implying his immortality.

Scholar B Vijayashri in his journal “Journey of the Tail from Treta Yuga to Dvapara Yuga” mentioned that Hanuman blocked the path of Bhima (a powerful character in the Mahabharata) in the mountains of Gandhamadana in the Himalayas. 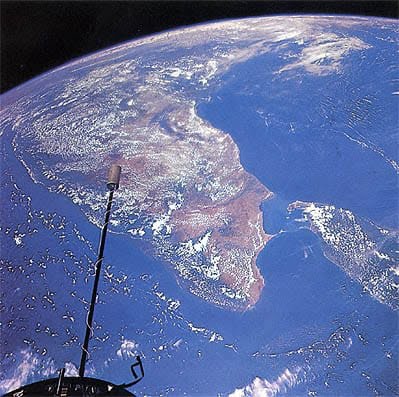 According to the Ramayana, when Sita was kidnapped by the 10-headed demon king Ravana, Rama assembled an army of Vanara. It turned out that Sita was in captivity on the island of Lanka.

Rama, unable to ferry his vast force of ape-men across the ocean, received the sea god’s advice to build a bridge across the water. For its construction, Rama enlisted the help of the Vanaras.

The Vanaras built a bridge between the mainland and Lanka, building it from stones and boulders, which, according to the description, resembled mountains.

It is believed that the construction lasted five days, and its length was 100 leagues. Once completed, the bridge allowed Rama to ferry his Vanara army across the ocean to Lanka. There Ravana was killed and Sita, Rama’s wife, was saved.

Known as Ram Setu (Adam’s Bridge), this bridge was just a myth until NASA imagery was released. The exact age of the bridge is difficult to determine. According to the Ramayana, his age is estimated at 1.7 million years, while some studies claim that he is only 18,400 years old.

Dr. Badrinarayanan, former director of the Geological Survey of India, conducted a study of this structure and came to the conclusion that it was man-made. He and his team drilled 10 wells along the Adam’s Bridge line. What he found was amazing.

At a depth of about 6 meters, he found a layer of calcareous sandstone, corals and boulder-like materials. His team was surprised when they found a layer of loose sand, about 4-5 meters below, and then solid rock formations underneath. 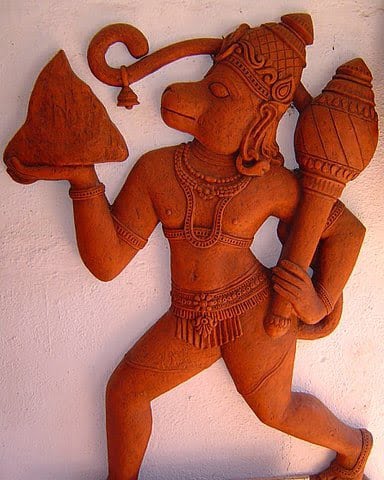 Since we have physical evidence of one of the Ramayana incidents involving the Vanaras, could they be our earliest ancestors? Could it be that some other species of hominids lived on the Indian Peninsula thousands of years ago? It is quite possible.

“About 2.5 million years ago (shortly before the start of the Treta Yuga), human evolution took a big leap with the advent of the genus ‘Homo’. Homo habilis were the first group of primates capable of using tools.

The mystery of the Vanara civilization has not yet been solved, but researchers can already affirm that the civilization of intelligent monkeys once lived on the planet.