(ORDO NEWS) — The Chronovisor allegedly allowed one to personally observe the most famous biblical events. With his help, a photograph of Christ was taken at the time of his crucifixion.

The Vatican has long been a source of all sorts of secrets and conspiracies. After all, he is closed from the whole world, and only the elect are allowed to see his true inner secrets. Among them are legends about long-forgotten texts, the secrets of the Illuminati, hidden information about all sorts of unsolved mysteries of the world.

Stories about aliens and UFOs, how could we have missed them, are allegedly found in abundance in the local classified archives. But these are far from the strangest legends.

Have you ever heard of the Chronovisor, the supposed time machine that the Vatican once had, or perhaps still has?

10 things you should know about Chronovisor

1. This whole story began in the early 1960s. Father François Brunet was boating on the Grand Canal in Venice on business when he chanced upon a physicist priest named Pellegrino Ernetti. They entered into a serious discussion about religion and its relation to modern science. At one point, Ernetti claimed that a time machine already existed.

2. Ernetti said that this device is called “Chronovisor”. According to him, this device was invented in the 1950s by a secret group of twelve famous scientists. The creation was sponsored by the Vatican.

3. The purpose of creating a unique device was to allow the greatest biblical mysteries of the world to be observed and thus provide evidence that they are real.

4. The chronovisor was described by Ernetti as a large cabinet containing many cathodes, dials, levers, and several obscure antennas. Of course, it contained rare precious alloys in wild quantities.

5. Instead of physically transporting time travelers into the past, the Chronovisor allowed the viewer to simply glimpse into history. To see and hear the events that took place hundreds or even thousands of years ago. 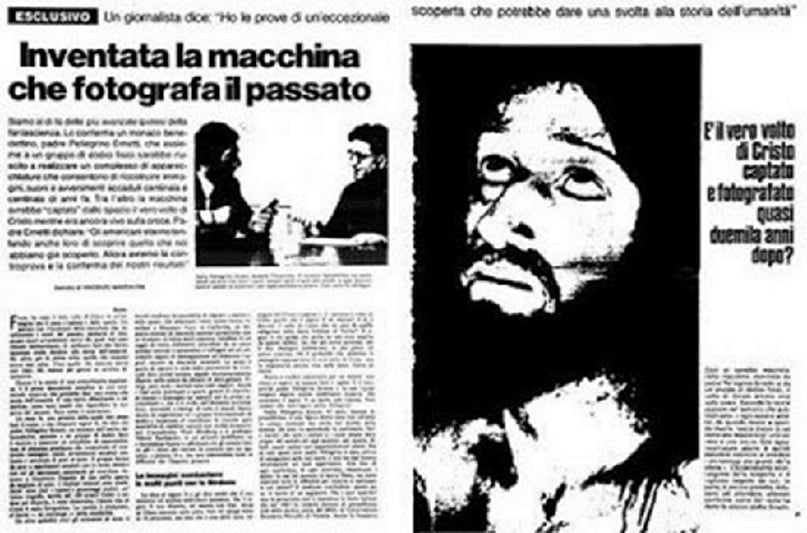 6. The scientist claimed that with the help of the chronovisor it was possible to personally observe the most famous biblical events. Including the destruction of Sodom and Gomorrah, the Last Supper and even the crucifixion of Jesus Christ.

7. Ernetti claimed that the time machine was hidden in the Vatican and that he swore to keep all this work a secret. Brunet was the first person he told about it, forgetting about caution in the heat of a scientific dispute.

8. Ernetti stated that Pope Pius XII eventually found the chronovisor too dangerous for mankind. And he forbade anyone to talk about him. He even threatened to excommunicate anyone who tried to use him again.

9. Despite all this secrecy, the story somehow leaked out. And she saw the light in an article in the May 1972 issue of the Italian magazine La Domenica del Corriere. The title of the article was sensational: “Finally invented a machine that photographs the past.” And even contained a photograph of the crucifixion of Jesus Christ.

10. Despite the fact that this story aroused considerable interest, surprise and controversy, there was no concrete evidence that the Chronovisor existed at all. And, of course, the Vatican has never spoken about it or confirmed it.

Simulation of a time machine created to study ancestral galaxies

Simulation of a time machine created to study ancestral galaxies