(ORDO NEWS) — The Chinese automatic station Chang’e-5 made a successful landing on the lunar surface. The device will take samples of lunar soil and deliver them to Earth.

According to the China National Space Administration (CNSA), the Chang’e-5 spacecraft landed on the lunar surface. “After landing, the descent vehicle under control from the Earth officially began its work on the surface of the Moon, which will last two days,” – said in a statement.

The device was launched from the Wenchang Cosmodrome on November 23, 2020. On the 28th, he entered a circumlunar orbit, and on the 30th, the landing and service modules were separated. On December 1, the descent to the lunar surface began, ending with a landing in the area of ​​the Rumker volcanic peak.

As part of the mission, the device will drill the surface of a celestial body, collecting up to two kilograms of soil. After receiving the samples, the module should dock with the orbiter, which will go to Earth. The latter should eventually burn up in the planet’s atmosphere: the samples obtained will be delivered to Earth by the return module, to which they will be reloaded. 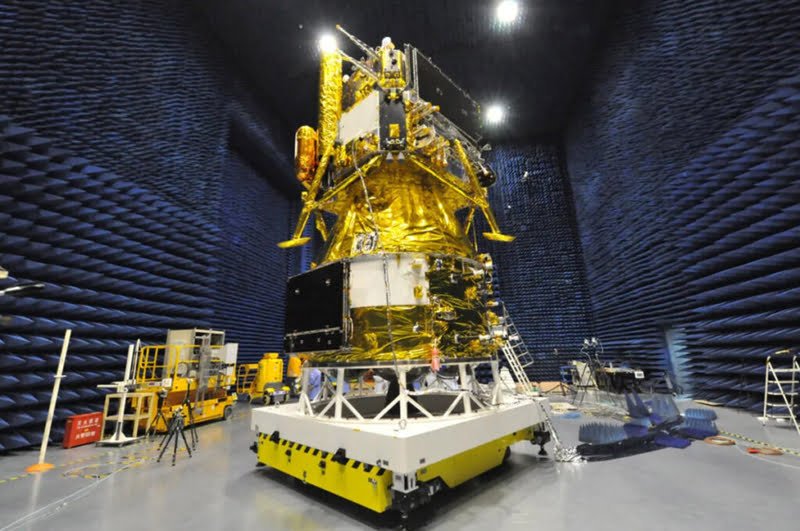 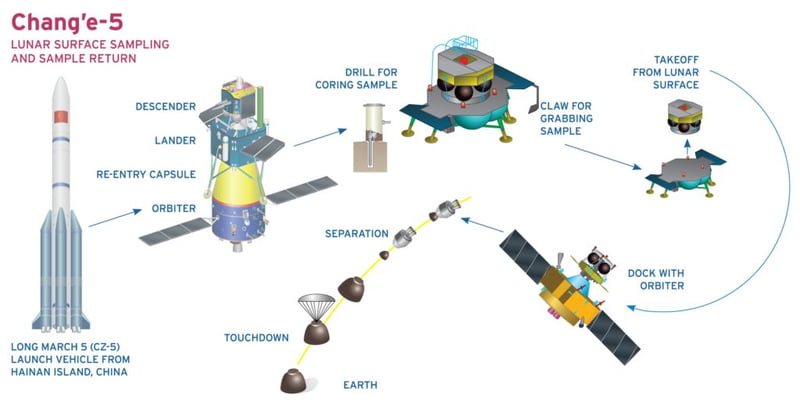 The lander has optical cameras, a mineral spectrometer, a soil gas analyzer, a soil composition analysis tool, a sample temperature analyzer, and a robotic drilling rig. The total weight of the Chang’e-5 station is 8,200 kilograms.

It is assumed that the samples obtained during the mission will allow you to learn more about the structure of the moon and the geological processes taking place on it.

Chang’e-5 is an extremely important aspect of the Chinese Earth satellite exploration program. She became the first return mission of the PRC to the moon. Success will bring China closer to the first launch of a manned expedition to a satellite: according to plans, it may take place as early as the 2020s. China could build a base on the moon by about the middle of the century.

The key aspects of the Chinese manned mission to the Moon should be the new super-heavy launch vehicle Changzheng-9, as well as the promising reusable spacecraft.

The first launch of a new generation ship was carried out by the PRC in May 2020. These tests were concurrently the first successful launch of the Long March-5B launch vehicle – a version of the Long March 5, which features increased payload.

Russia is also creating a fundamentally new manned spacecraft. He is known as “Eagle” or “Federation”. According to recently released information, they want to test the rescue system for the device in 2023. The first flight of the ship can be expected around the middle of the decade.

The moon has a hidden effect on rising greenhouse gases

The moon has a hidden effect on rising greenhouse gases