(ORDO NEWS) — Until now, all information about the presence of water on the Earth’s satellite was obtained in less straightforward ways. The main thing: the data from the Chinese “Chang’e-5” show that the water on Selene did not appear from the outside, but has a completely different source.

The Chinese apparatus “Chang’e-5”, which landed on the moon in 2020, studied the surrounding lunar surface. In particular, he tried to determine the presence of water in local rocks. At the same time, as it turned out, even those that come from the bowels of the satellite contain water. Until now, the origin of this compound on the moon is hotly debated among scientists.

The modern moon looks anhydrous: this is in good agreement with the fact that there are plus 130 degrees during the day. This temperature encourages the evaporation of water. However, back in the 1960s, American astronauts discovered rocks on Selene and a number of effects indicating the presence of water in its regolith.

Traces of H2O were also found in samples of lunar rocks of volcanic origin, that is, not associated with surface regolith. This contradicted the then existing hypotheses about the origin and nature of the Moon, so NASA decided to write off the results for pollution with earth water due to loosely closed containers for collecting samples.

The Soviet automatic mission with the Luna-24 lander took samples of lunar soil and returned them to Earth – and traces of water were also found there. For similar reasons – due to the incompatibility of the presence of water on the Moon with the then hypotheses about its nature – this result was ignored by the science of the time.

Already in the 21st century, a number of observations showed that there is undoubtedly lunar ice in the region of the poles of the Earth’s satellite – and at least 100 billion tons. Some scientists tried to explain it by comets: they say, their fall brought water to the originally dry moon. However, Russian astronomers have convincingly shown that a cometary origin of this water is excluded. 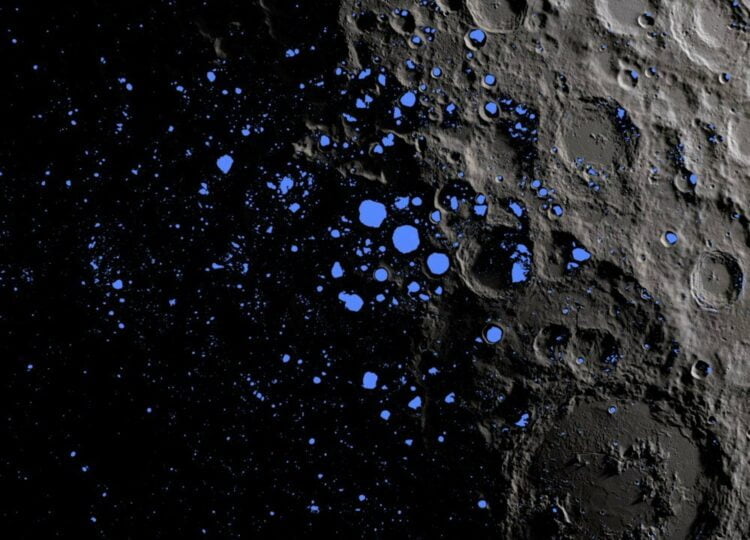 Chang’e-5’s new observations make a significant contribution to understanding the situation. The fact is that the instruments of the lander registered the spectral traces of water not only in the lunar regolith, but also in a sample of basalt – material raised from the depths of the Moon during lava eruptions. If in the regolith and in general at the satellite’s surface water can still be of cometary or other external origin, then lava from its deep layers cannot have water of this origin.

Interestingly, in the lunar regolith of surface origin, “Chang’e-5” found only 120 parts per million of water, and in the lunar basalt nearby – 180 parts per million. In other words, the water content inside Selene can be quite significant and higher than normal on its surface (although, of course, lower than on Earth).

As Naked Science already wrote, a number of scientific groups from Russia and Israel have shown that the most likely origin of lunar water is terrestrial. Within the framework of such hypotheses, the Moon was formed not after the collision of the Earth and Theia, but during fundamentally different processes .